While cleaning up some shelves in the shop last week, I came across one of those cheap little component testers that I bought from some forgotten vendor in the past.  These are pretty convenient to identify unknown components and do a simple functionality test of all kinds of components. 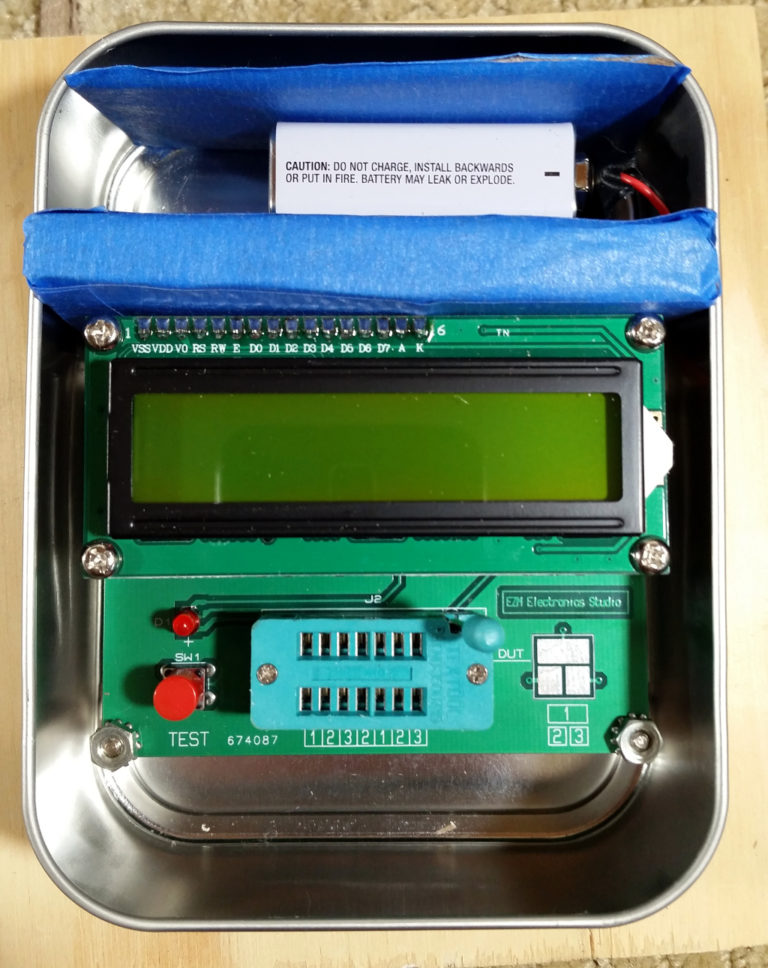 It came unmounted to anything, so I decided to stick it into a small metal box to protect it from dirt and dust as it sits on a shelf between uses.  I have a stack of 24 little metal boxes that I bought surplus from another forgotten vendor.  They are brand new, never used.  A little bit bigger than a typical Altoids tin, but made out of the same thin metal.

The back of the boxes shows that they were intended to package some tobacco product.  But again, they were never used, so no smell associated with them. I guess they could be considered the modern day equivalent of the old cigar boxes we used to build things in…

I started by placing the tester onto the bottom of the box, and marking the mounting hole locations.  For two holes, they were unused, so no problem.  I marked and drilled them.  Then I rotated the tester around and laid the mounting screws for the display unit into the newly drilled holes.  Then I used the empty holes again to mark the spots to drill the second two mounting holes.

After the holes were drilled, I removed the two screws that were holding the display unit in place.  I replaced them with two standoffs, about 1″ high.  Then I put two more standoffs in the remaining two mounting holes.

Centering the standoffs over the mounting holes, I inserted mounting screws from the bottom of the case through the case to the standoffs.  Tightening them made for a solid mount for the tester. 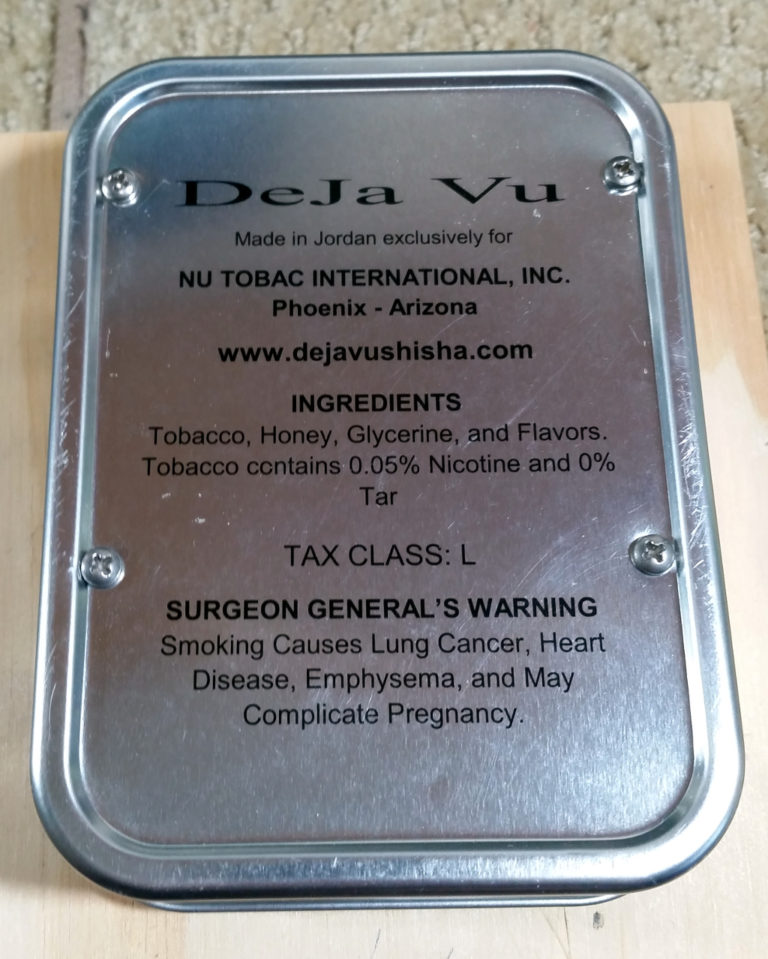 With the tester on standoffs, there was enough room for the 9v battery to slide under the tester, potentially causing a short circuit.  So I made a couple of dividers from cardboard and painters tape to keep the battery in place and prevent it from moving around too much.  It is a simple friction fit into the case. 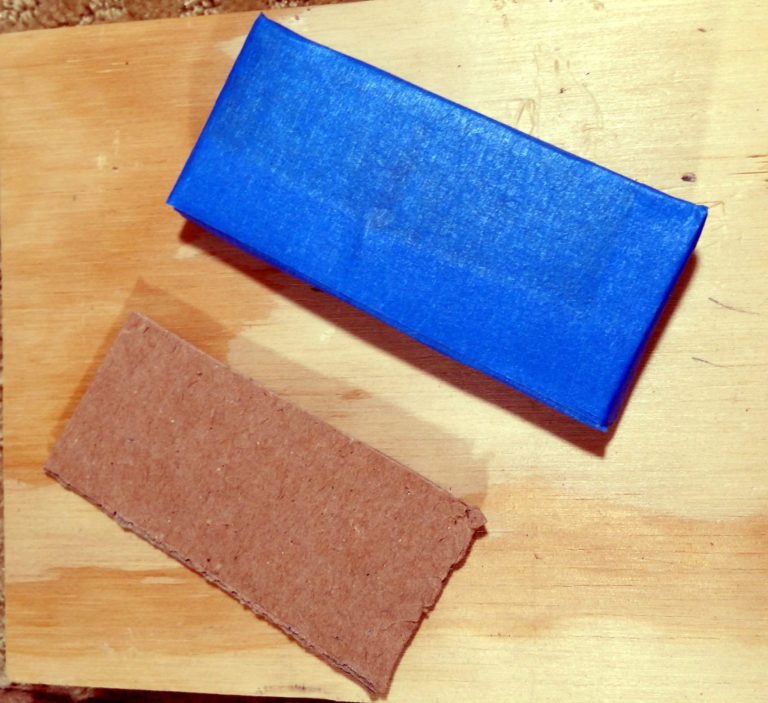 After mounting was complete, I fired it up and tested a transistor and a capacitor for functionality.  Everything appears to work fine.  It should be a handy little gadget. 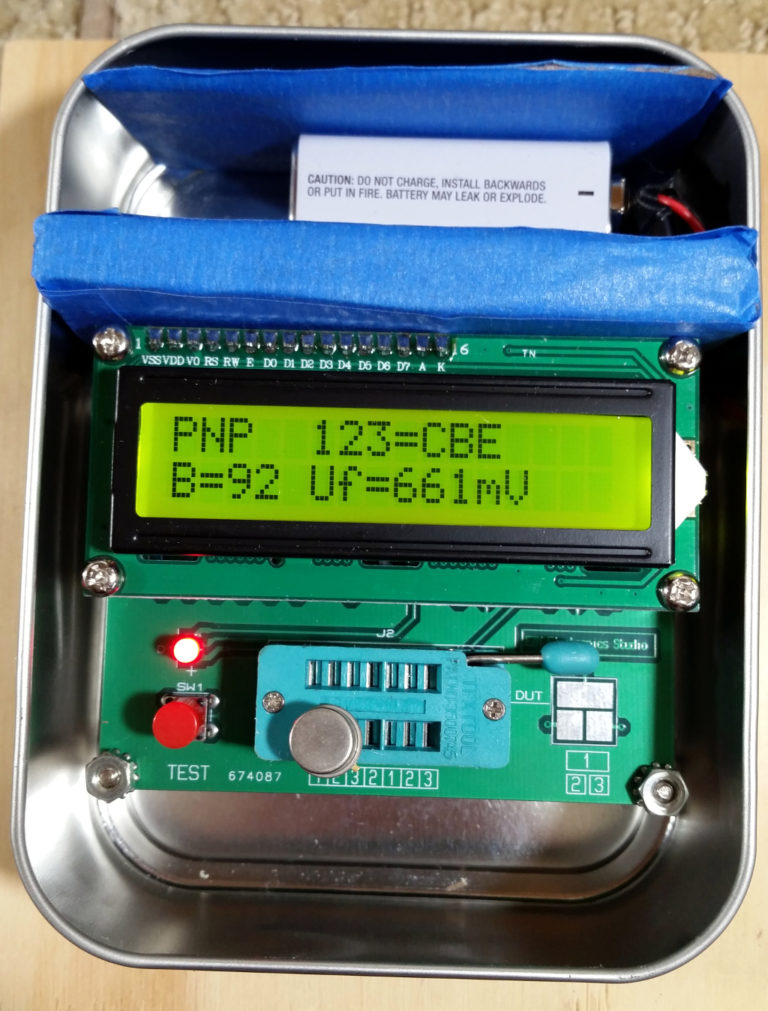 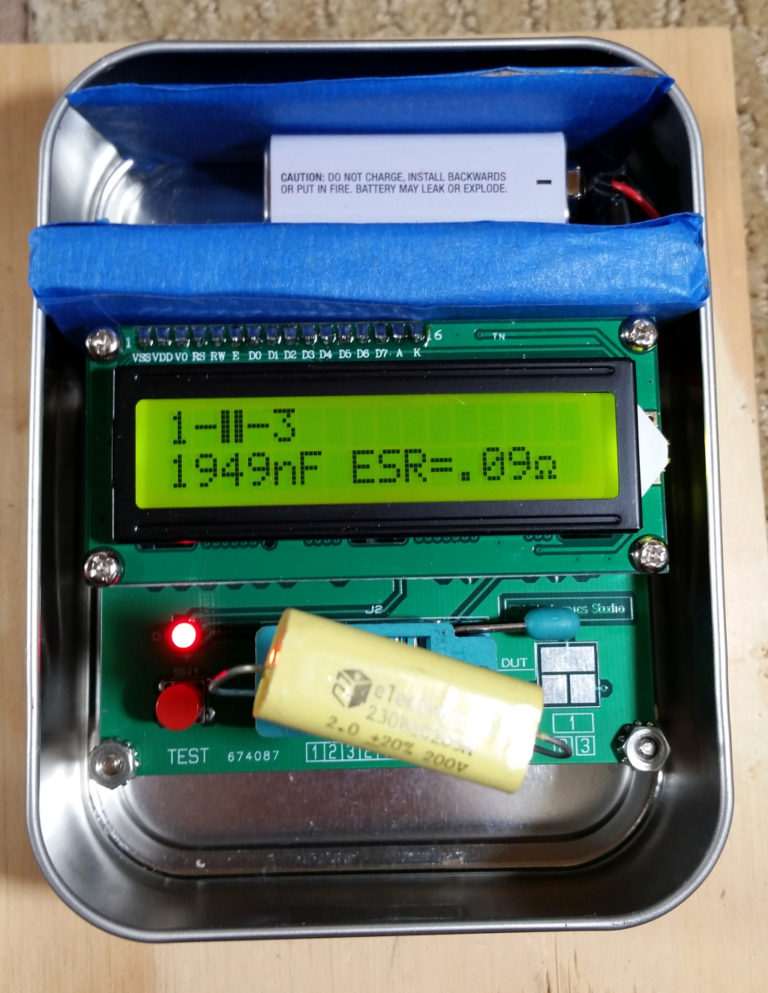 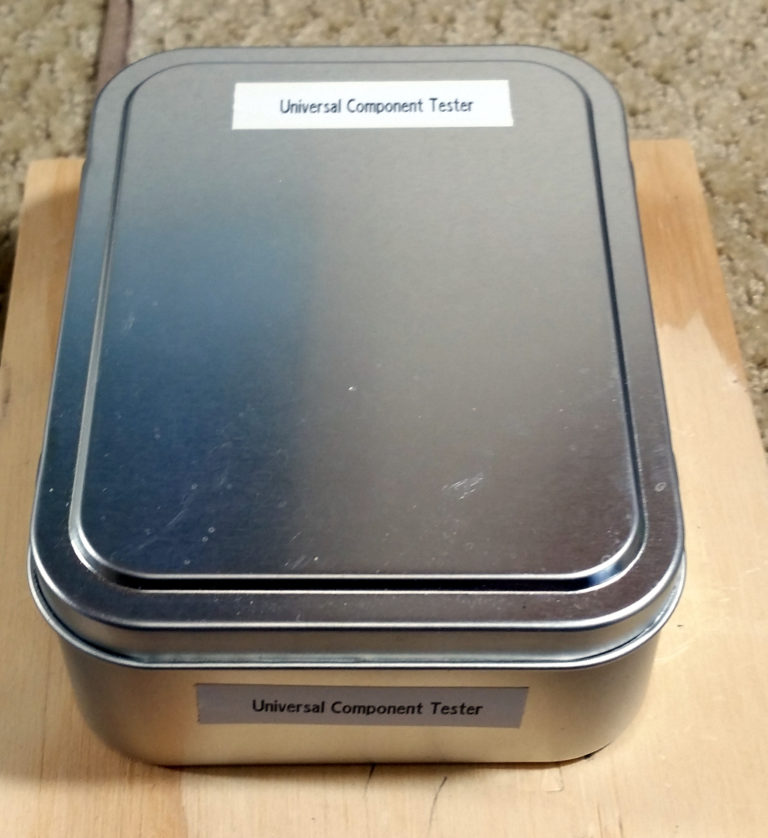