Now it is time to calibrate your ERC.

Start by checking the calibration of your HyGain Ham-IV controller.

[ ] Press and hold the Brake lever on your controller.

[ ] Press and hold the CCW lever to move the rotator to the stop at the end of the left scale.

[ ] Release the Brake and CCW levers.

[ ] Check that the meter reads exactly 180 on the left hand side. 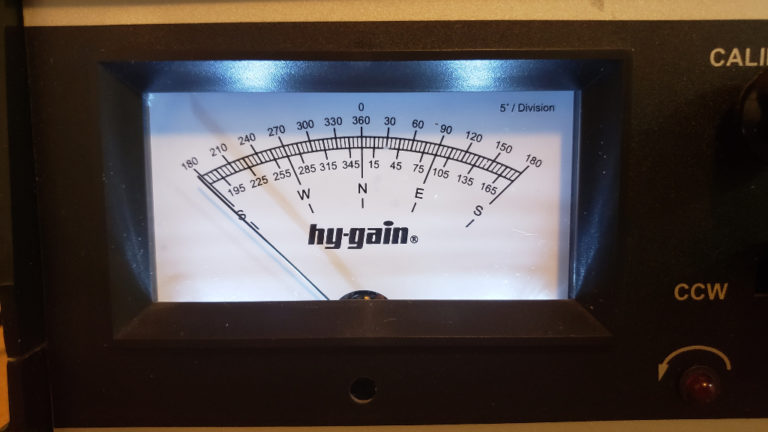 [ ] Adjust the mechanical screw under the meter to show exactly 180.

[ ] Similarly, use the Brake and CW levers to move to the right hand side of the scale, until it stops.

[ ] Check that the meter reads exactly 180 on the right hand side. 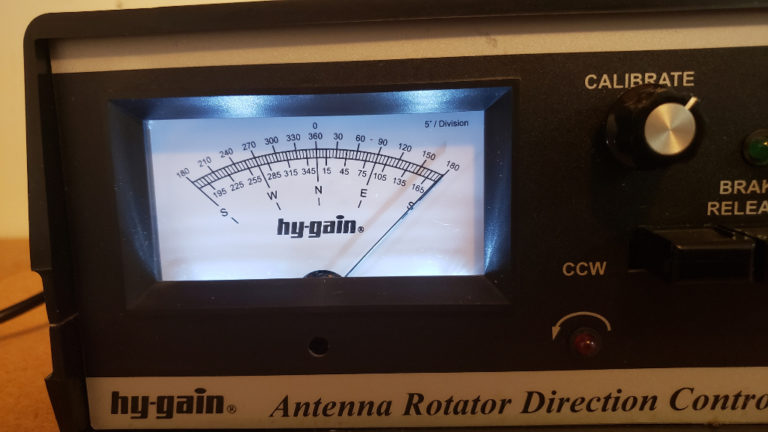 [ ] Run the ERC Calibration routine by pressing the “Calibrate 1” Button on the Service Tool. 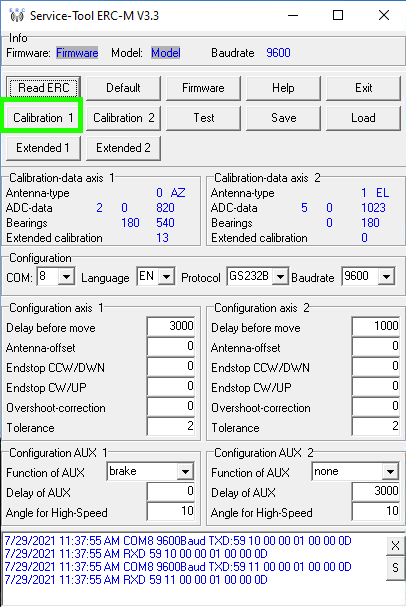 [ ] Select “Azimuth” when prompted for type of rotator

[ ] Follow the instructions to bring the rotator full CW to the Right side of the meter until it stops.

[ ] Continue following the instructions to bring the rotator full CCW to the left hand side of the meter until it stops.

After running this routine, I found that the rotator would be off around 10 to 15 degrees in the center of its movement.

[ ] Press the Extended 1 Button on the Service Tool 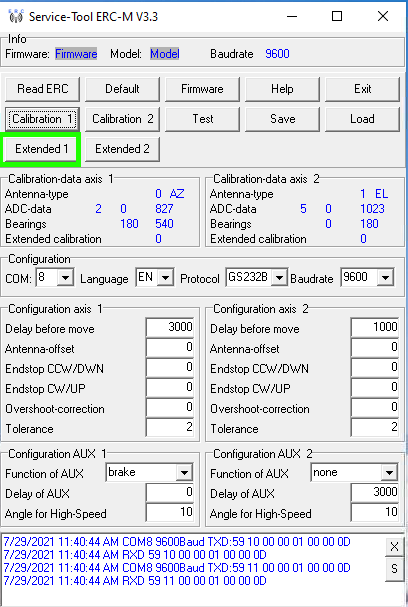 Follow the instructions to start on the full CCW position and move the rotator at 30 degree increments each time you press OK.

[ ] After step 13, your Service Tool will show 13 Steps of Extended Calibration 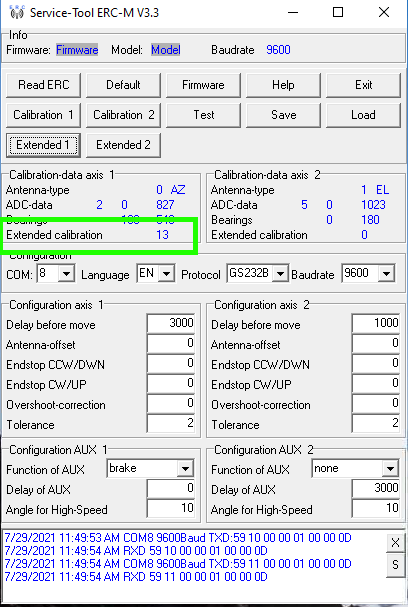 [ ] Save your calibration, by pressing the “Save” Button in case you need to recover it later

[ ] Navigate to the desired storage location, and give the file a name. Then press Save in the dialog box. 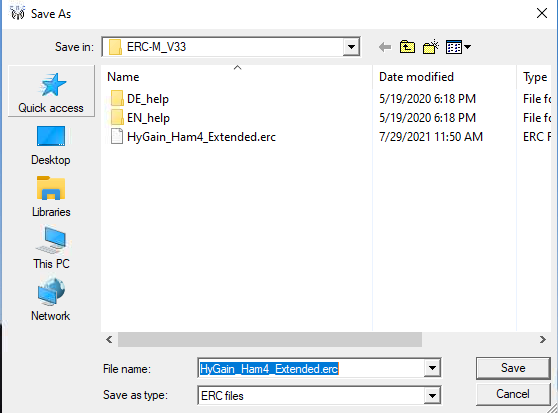 [ ] Install the Rotor Control Program by running the setup_RC-M_xx.exe file, and following instructions.

Mine was setup_RC-M_V17.exe, which I already had installed.

[ ] Start the Rotor-Control M program by double clicking its icon.

You can check your setup by entering a heading next to the GO 1 button, and clicking that button.

The rotator should move to that position, as long as it was a valid number from 0 to 360.

Alternatively, you can press the mouse anywhere around the outer ring of the compass, and the rotor will move there.

Now that I have the ERC board working in my HAM-IV rotator controller with my laptop as the computer, my next step is to move operation off of the laptop, and onto a computer more permanent.

With my laptop, I use VNC to connect to it, and get the full screen remotely. That works, but is still a little clumsy for remote operation as I desire.

By moving the USB cable to my HomeAssistant Raspberry PI 4 computer, where I have Nodered running, I should be able to write a Nodered routine to communicate with the ERC board and control the rotator.

Then I can use the Nodered Web Dashboard to control the rotator alongside the controls for my other hamshack automation projects.

Stay tuned for updates on this exciting project!