After more than 5 years of operation, one of the antenna leads on my homebrew 80-40-30 Meter Dipole broke at the center balun connection.

This dipole has served me well, allowing me to easily utilize those lower HF bands. While I did not use 30 meters much, it was nice being able to go there when I wanted to.

I climbed the tower and lowered the entire antenna to the ground. Once I was back in the shack, a quick look made it obvious that I needed to better weatherize the traps. The sun had pretty much destroyed the exposed inner conductor of the coax on the inside of the trap forms. With this in mind, I went about rebuilding the traps with new coax. 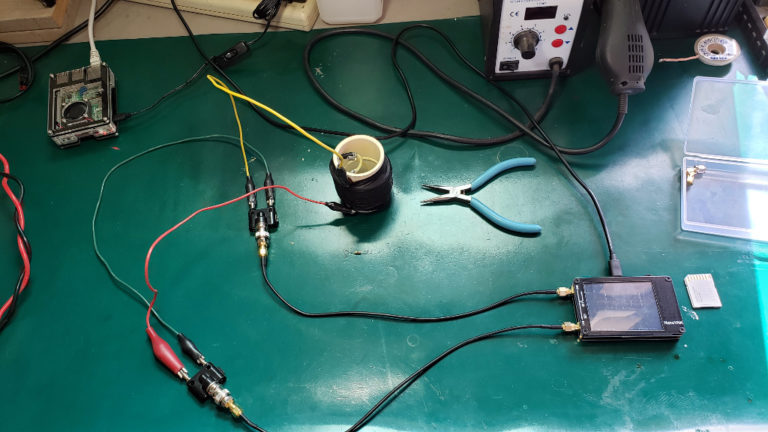 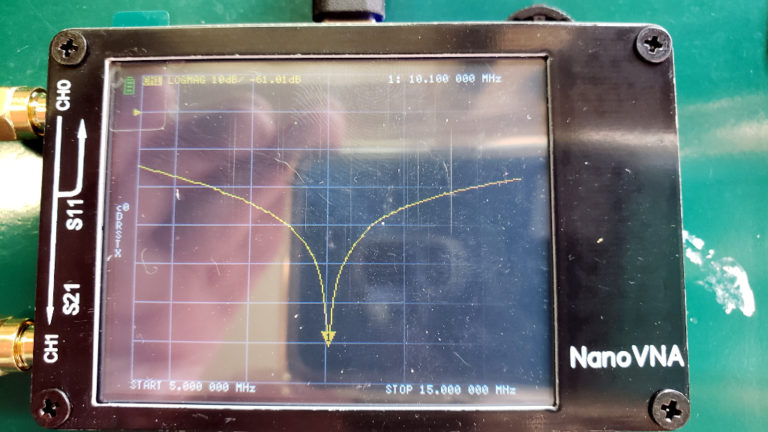 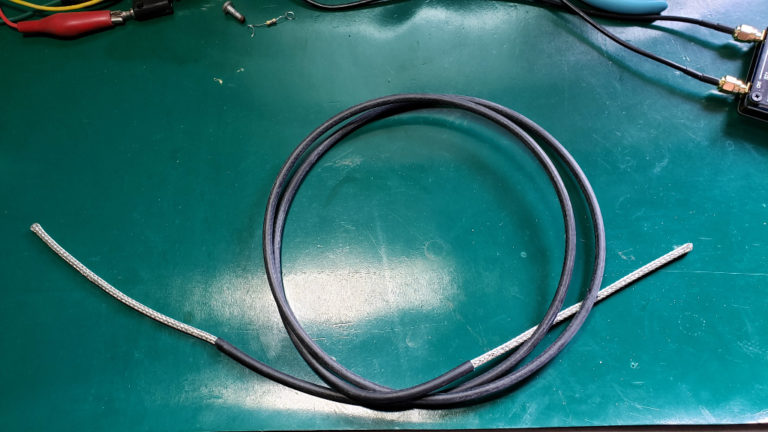 Using the original mounting holes, I re-wound the 30 meter traps, passing the ends through the holes to the inside of the trap. 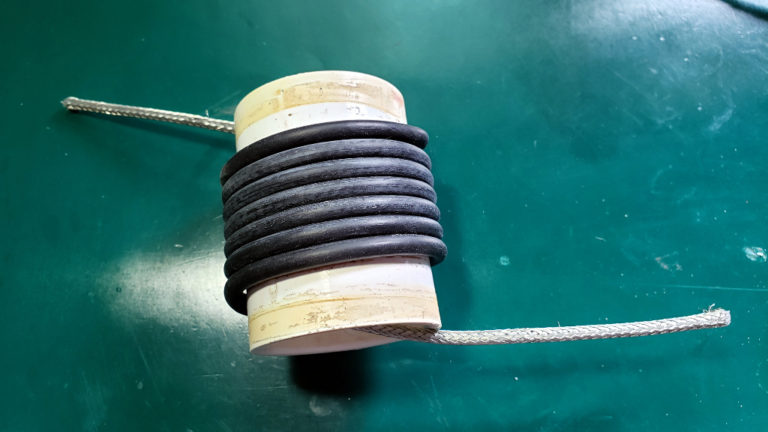 On each end of the trap, I spread the shield apart to allow me to pull the center conductor out. That left the shield and center wires loose to make the correct connections. On one end, the shield connects to the antenna pigtail. On the other end of the trap, the center conductor connects to the antenna pigtail. Then the other two wires connect to each other inside the trap form. 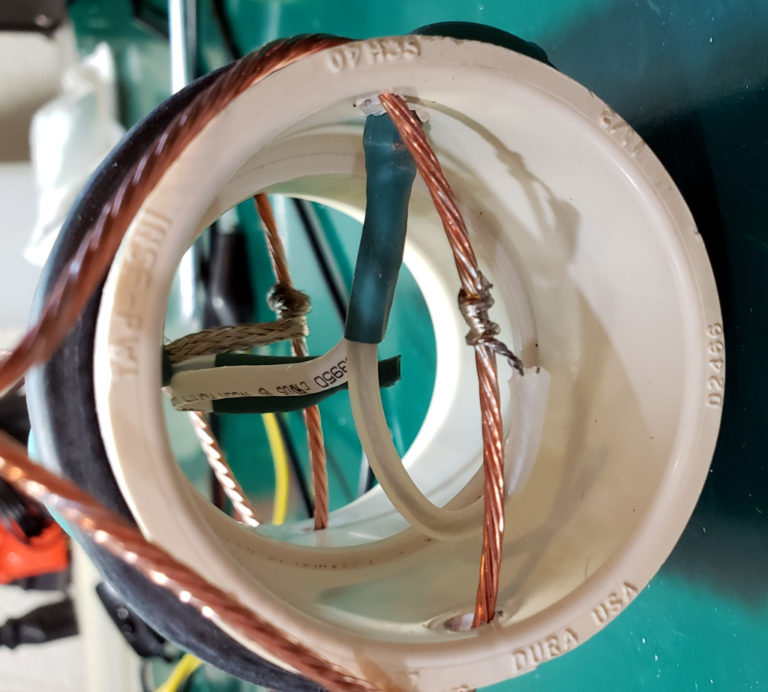 I used heat shrink to provide some protection from the sun. Before they get connected to the antenna elements, the internal wires will be painted with liquid electrical tape. The windings were spread and squeezed to place the resonant frequency where I wanted it, 10.125 Mhz for the 30 Meter traps and 7.150 for the 40 meter traps. The same process was used for all 4 traps.

So at this point, I was debating whether I wanted to try something new. In the end I decided to put these traps in a safe place for future use and to try to make a new trap antenna for 160-80-40 meters instead. I would be trading 30 meters for 160 meters. I thought I might like that, so I went ahead with that build, which I will describe in a future post.