The ANSR (Arizona Near Space Research) team drove up to the Navajo Reservation to conduct a flight last week. In our previous post, we detailed some changes in the ground station operations and some of the challenges we faced. This post will show some of the pictures from our video that was live streamed during the flight. 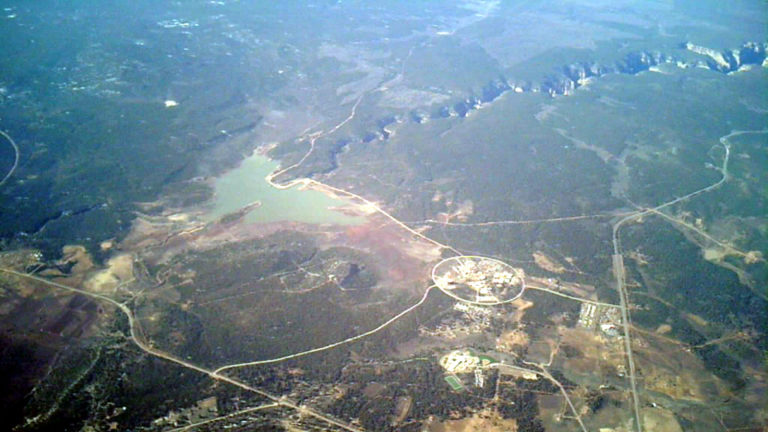 Most of the team arrived in Chinle Arizona, near the Canyon de Chelly National Park on Sunday afternoon/evening. On Monday morning, we went over to the Dine College campus, where we met with the faculty sponsor for the Space Grant Program, along with a few of the students.

The students were putting the finishing touches on their payloads which would fly on Tuesday morning. A few ANSR members stayed in the lab to help students with details of preparing their payloads for flight. Other members went outside to assemble the ground station used to steer the high gain antenna at the balloon during the flight. This facilitates downloading and live-streaming the video from the balloon.

Professor Ken Locey was kind enough to provide us with lunch in the Dine College cafeteria. I have to say that it was a pretty good lunch. Much better than most school cafeterias that I remember.

After lunch, ANSR gave a presentation to explain what would happen during the launch and flight. Following that presentation, the students gave short presentations covering what their payloads were going to be doing. Most of the students chose to measure various gases that might contribute to pollution on the reservation. There is very little prior data on this available at this point, and their experiments should help in the future in determining the effects of some of the local coal-fired power plants in the area shutting down.

The streaming video system was configured and tested and made ready for the next morning’s flight. Then the ground station antenna was tied down with guy ropes to sandbags to keep the wind from blowing it over during the night.

After heading back to the motel (about a 20 mile drive), the ANSR team met for dinner at the Junction Restaurant. The restaurant features some favorite Navajo foods, such as the Navajo Taco, which is a highly recommended meat, bean, cheese, lettuce, tomato, etc served on a piece of Navajo Fry Bread. Yummy!

On Tuesday morning, we met at the campus to begin flight operations. The ground station was made ready, and the payload packages were attached to the balloon cord. Packages were powered up and made operational while the balloon was filled with helium. It was a little breezy, so several students were drafted to help steady the balloon during the fill process.

Finally, it was time to launch. With a countdown, the balloon was released and the students holding their packages ran toward the balloon to release their packages as close to vertically as possible. This prevents the payloads from being dragged along the ground as the balloon moves up. 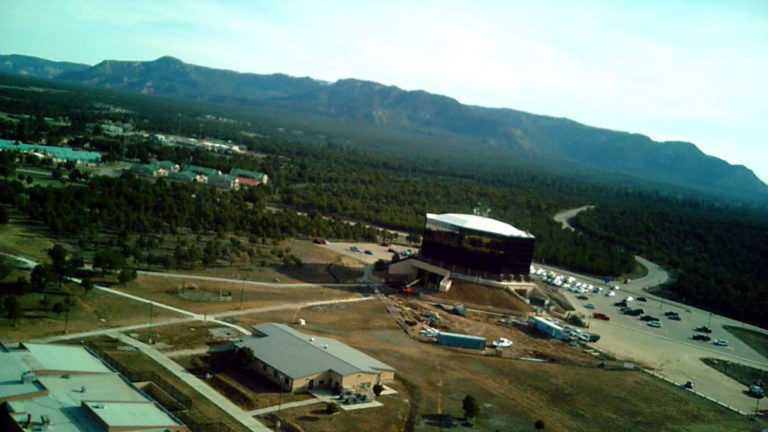 View from ANSR-122 at launch

With all of the payloads in flight, we began tracking and recovery operations. The students were loaded into vehicles and ANSR members got in their chase vehicles. ANSR members stayed in contact via radio to keep everyone appraised of the predicted landing area. 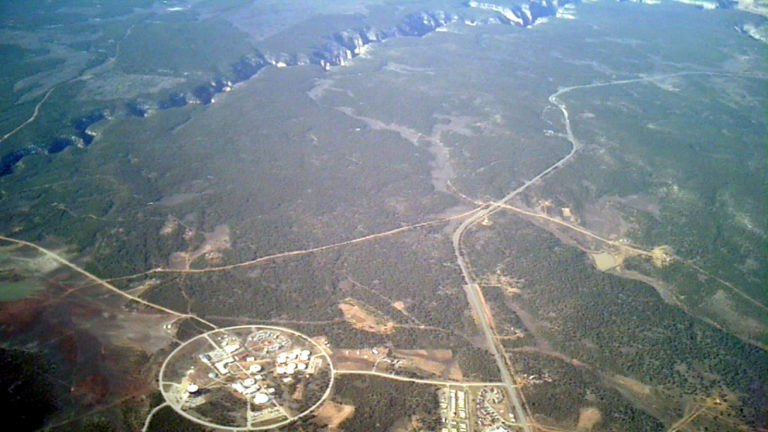 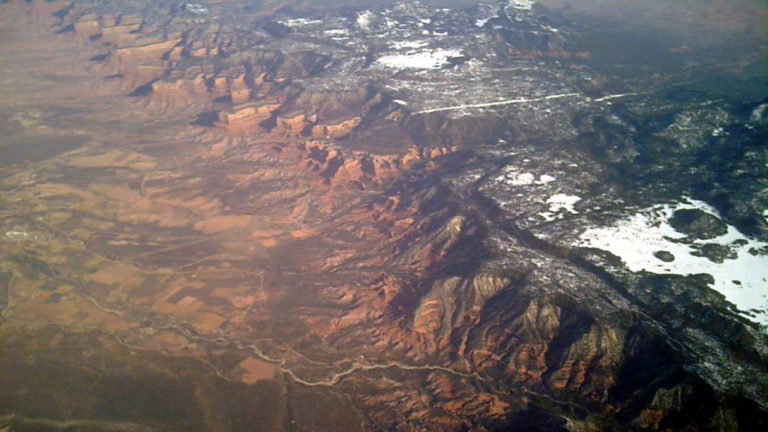 Snow on the mountains 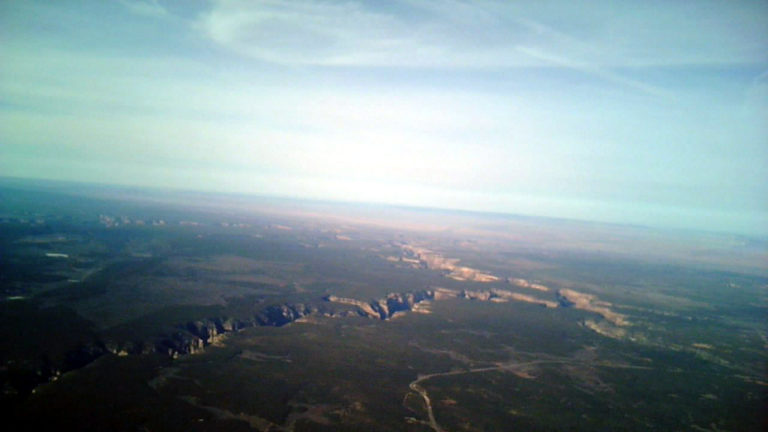 Beginnings of the Canyon

The balloon gained altitude at about the expected rate at first (about 1300 feet per minute), but that rate later dropped to around 700 feet per minute. We thought that maybe we had under-filled the balloon, but then it burst at about 76,000 feet. That is lower than expected, and not consistent with an under filled balloon. So we may have had a balloon that had a weak point and was leaking, and later tearing to a burst condition. That’s my theory, anyway. 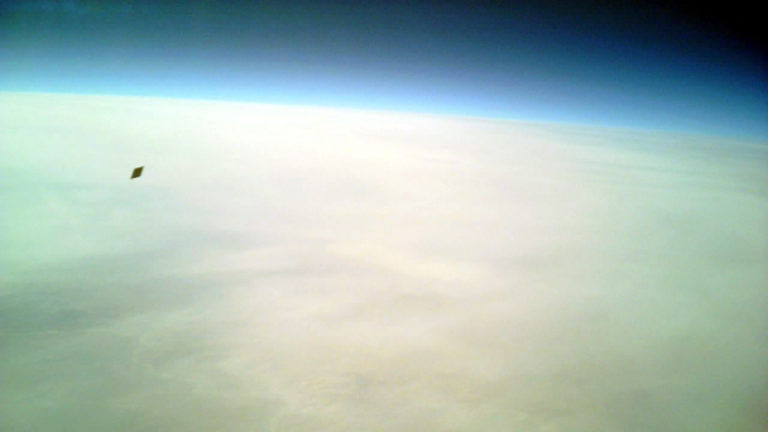 After the balloon burst, it parachuted down near a farming area south of Farmington New Mexico. The total flight length was about 69 miles east-northeast of the campus.

After losing telemetry (due to distance and terrain) when the balloon was approaching the ground, we tore down the ground station, and packed up the ANSR trailer for the trip back down to warmer climates. The chase team recovered the parachute and payloads. As mentioned in a previous post, we lost our Mode-C transponder that tells the flight controllers at the FAA where our balloon is while in flight. That will need to be replaced, either with another Mode-C transponder or a newer ADSB system.

The students returned to campus while the chase team returned to their homes in the south part of the state.

It was a great experience (our 6th year flying payloads for Dine College). We look forward to doing it again next year.