For the past 6 years, Arizona Near Space Research has been traveling up to the 4-corners area on the Navajo Reservation, to conduct a high altitude balloon launch. These operations are to support the Arizona Space Grant program, which encourages students to construct payloads which are used to make scientific investigations at the very edge of our atmosphere.

This year, in addition to flying the students payloads on our flight, we also flew a high definition video streaming payload designed and built by Eugene Swiech WB9COY. Gene had shipped his package to us just a day or two ahead of the trip up to Chinle, Az. So we didn’t have much time to play with it before the flight.

The instructions for the payload indicated that the groundstation would use a separate router for the video link. When we hooked it up this way, we had problems in that the laptop that is used to live stream the video to YouTube was not easily set up with two separate lan segments. We knew it could be done, but didn’t have time to figure it out on the day before the flight. So we improvised a bit to get it working. 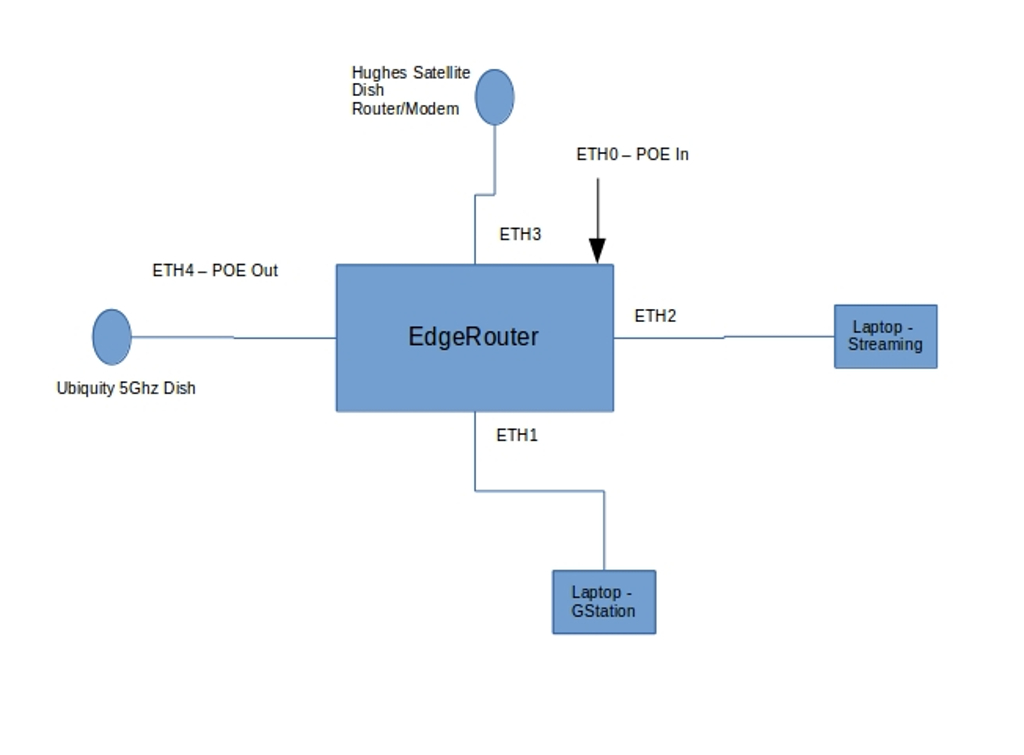 We basically figured that we needed the Ubiquity device to be on the same lan segment as the streaming laptop, and the laptop needed internet access as well. 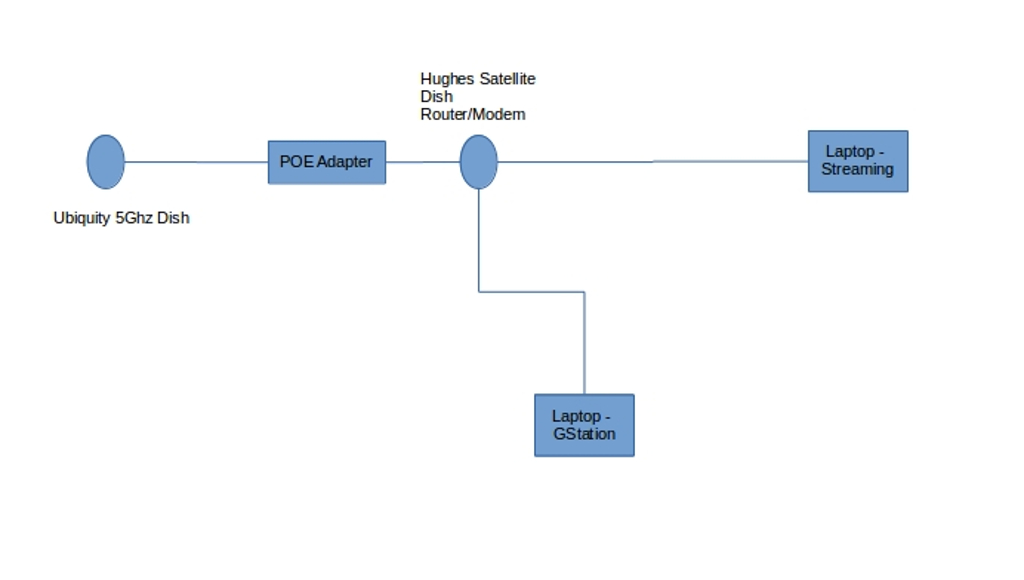 By eliminating the EdgeRouter completely, and plugging the Ubiquity into the HughesNet Router, along with the two laptops, we were able to achieve what we were aiming for. As an added benefit, Gene’s payload also had access to the internet, so it was able to send its GPS coordinates to aprs.fi directly as an alternate tracking device for the package.

The other “new” item we were using for the first time was my new ANSRTrack tracking program. This has similar functionality to Gary’s (K7GGG) tracking program. My version is written on a different platform (Qt5), and is primarily designed to run on a Linux machine.

The program performed well, but there were a few anomalies to investigate:

We were able to get pretty good video from the package out to about 50 miles away. The signal strength mostly hovered around -83 to -85 dbm at both ends of the 5 Ghz link. There was some blocking and dropouts, but that is typical of aiming a narrow beam antenna at a moving/swing object hanging off of a balloon

We had to restart the VLC session for the live stream late into the flight, after we lost signal for some time. Restarting the VLC program reestablished the streaming video for a short while longer.

The balloon burst a little lower than expected, around 71,000 feet. The chase crew was able to retrieve all of the student payloads, but unfortunately ANSR lost one of its Mode C Transponders. These are not cheap, and it will hurt a bit. Reports say that it appears to have broken out of it’s container shortly after burst, which is a very violent time for the payloads.

Normally, we can track our APRS telemetry with the groundstation down to near ground level. But this flight, we lost telemetry at about 29,000 feet at 1 hr 30 min into the flight. Something else to investigate. This was not a software problem, as we could not hear the beacon on our receiver. It was only 3 degrees off the horizon at that point.

Anyway, it was a good flight overall, and it will be interesting getting the data from the flight to see what was going on.