One of my followers of this blog wrote to ask for help with diagnosing his Kenwood TS-430 transceiver. The problem was reported as being “stuck” in USB mode, unable to switch to other modes.  While running through the diagnosis via email, it became clear that many of the functions/switches were not operating.

He had cleaned the switches and even gone so far as to swap them into a working radio to test them.  So the problem appeared to be something on the Control Board.

Using his Voltmeter, he was able to verify that the control voltages from the switches were present and changing appropriately at the input to the Control Board. 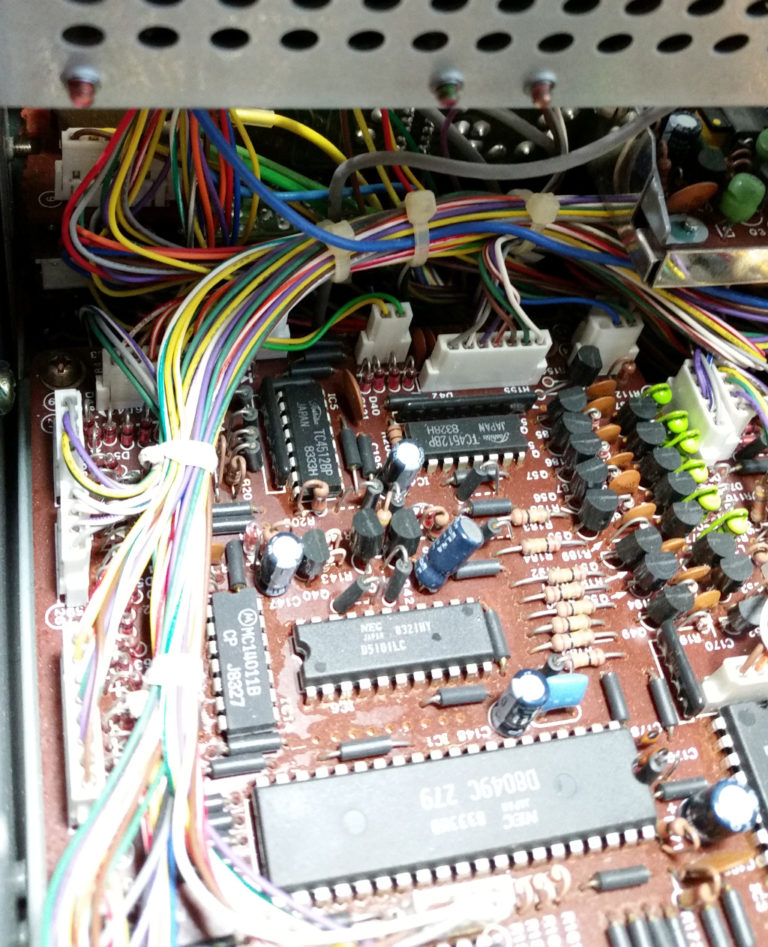 Control Board area of interest

Here are my readings for IC-5 from a working radio:

By taking voltmeter readings on the Static Ram Chip, he was also able to confirm that the output lines from the processor that toggle the various modes were indeed “stuck” in USB mode.

Here are my readings for IC-6 from a good radio…

His voltmeter reads pretty much the same for all pins on IC-4 and IC-5 as with his working radio.  His readings match my radio, as well, with the exception of IC5 pin 1,in which I have 0 volts and he has 4.8 volts.  This is the pin used to indicate receive mode (RXB).  We don’t know why his radios differ from mine in that respect, but I verified that I can change modes in transmit mode, as well as receive.  So we decided to keep looking elsewhere for the time being.

He has now compared IC-6, the Static Ram chip that shares many of the control lines with IC-4 and IC-5.  His signals match mine there, as well, with the exception that the “stuck USB mode” indications from the processor are there as well.

So to go further, he needs to be able to see if the lines between IC4, IC5 and associated chips are actively talking to the processor.  In an effort to help with that, I have scoped my radio for all of the associated chips to show which lines are relatively static DC levels (Low – 0 volts, or high – 5 volts), and which are active data or address or control lines, which have pulses or square waves on them. I will post pictures of the waveforms in future posts.