At out last balloon flight, I discovered two problems with the rotator system.  The Elevation Meter was intermittent, and tapping on it would make the reading fall to zero, and tapping again would bring it back to the correct position.  This didn’t seem to be affecting the automatic control.

I also found that the azimuth-right control was intermittent, and would not always move the rotor when pressed. This was definitely affecting the automatic control, as well as the manual control. I was able to recover each time by pressing the other controls for a short time, until the right rotation control worked again. 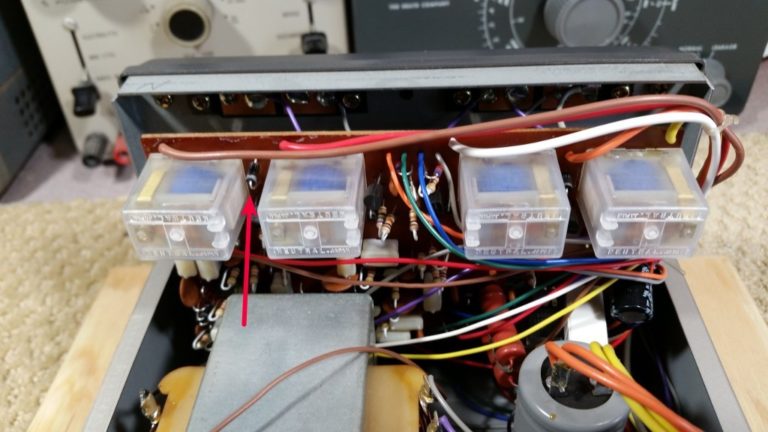 I suspected poor connections in the control box for both of these problems.  Once I got home, I put the controller on the bench and removed the covers.  By probing on the cathode end of the diode across the relay coil, I was able to read 12 volts when the relay was energized, and some small voltage (I think about 2 volts) when it was not.  After wriggling things around, I found that I could reproduce the problem.  When it was faulty, I still saw a high voltage (about 15 volts) on the cathode of the diode, indicating that the control circuitry driving the relay was operating correctly.  The slightly higher voltage told me that the voltage was probably not actually reaching the relay coil. 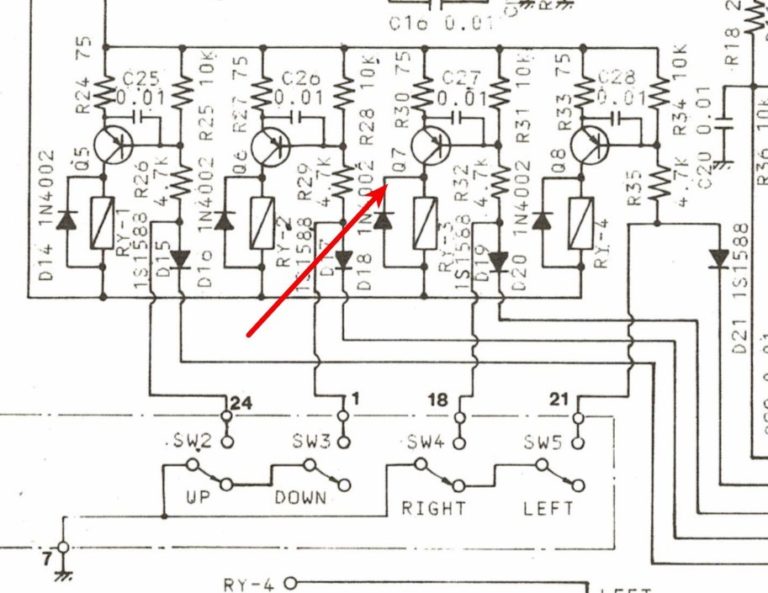 I loosened the screws for the front panel, and tilted it forward from the case.  Then I removed the four screws holding the control board to the back of the two meters.  Once these were gone, the board could be flipped over to work on the solder side.

I used my solder sucker to remove the old solder on the relay that was not working, and then re-soldered the relay with fresh solder.  I also freshened up the connections that press against the two meters to try to cure the intermittent meter problem. 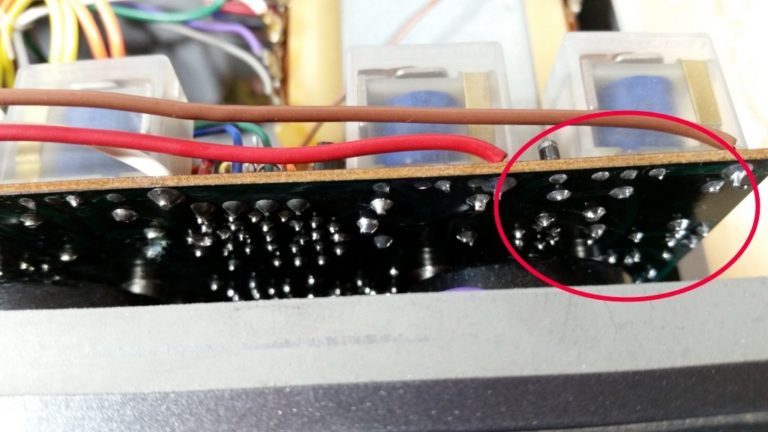 Once I put it back together, I found that I could no longer induce the fault by wriggling things on the board, nor by general tapping around the unit.  Hopefully this will be a good fix.  I know the controller gets bounced around a lot when I take it to the field.  Hopefully, it will hold up for a while.