On March 3rd, 2018, I helped out with the Arizona Near Space Research spring ASCEND flights.  Two high altitude weather balloons with payloads from several Arizona Colleges and Universities were launched from the parking lot of the grade school in Dateland, Arizona. 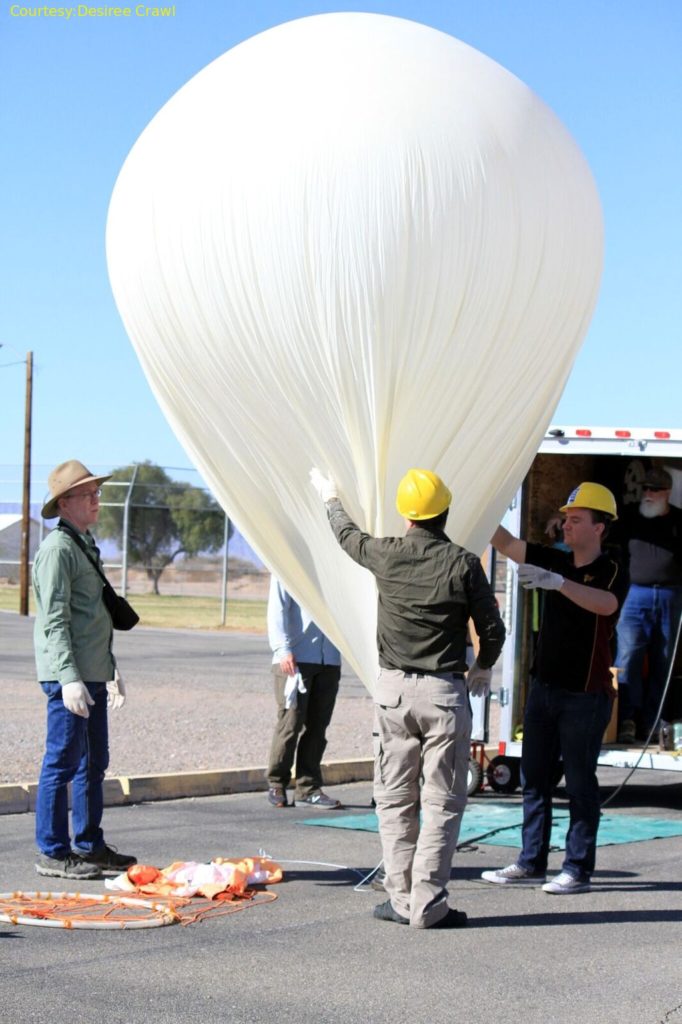 Inflating the balloon with helium 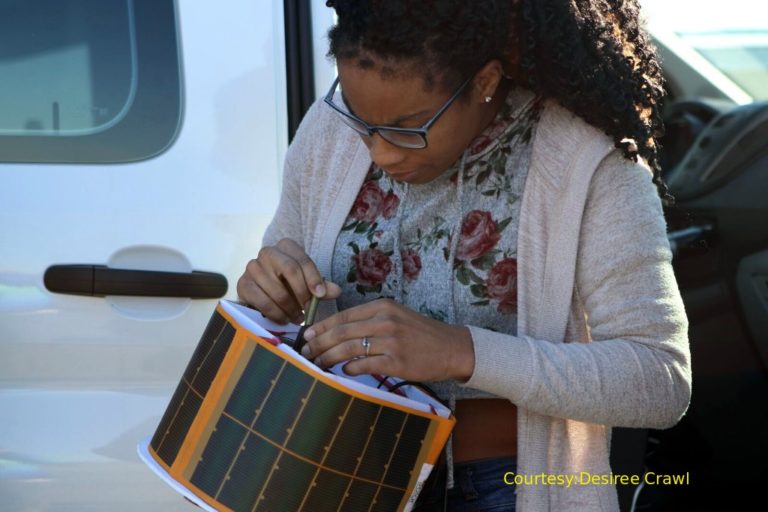 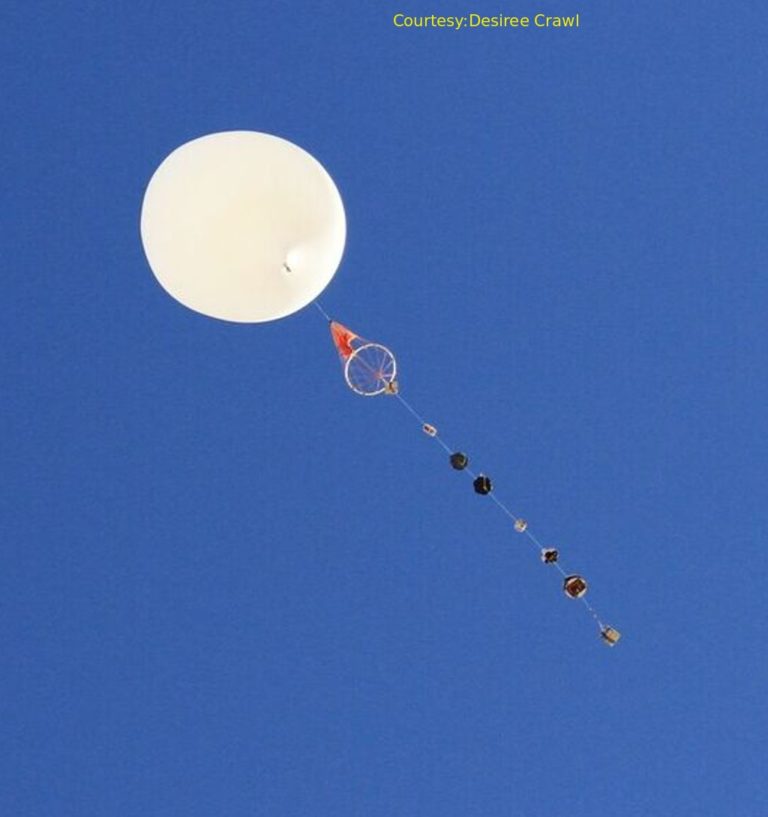 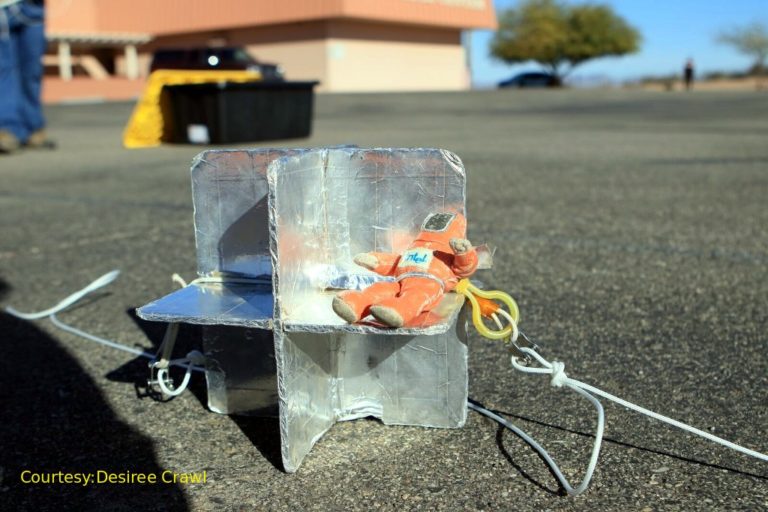 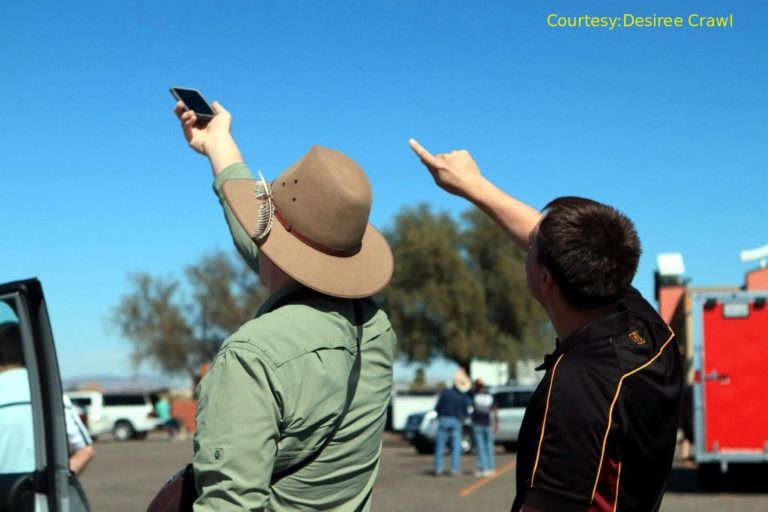 Post-Launch
My assignment this time was to preposition myself near the expected landing site, and get a head start on tracking down and finding the first balloon when it landed.

I started out hanging out at the truck stop on Hassaympa Road and I-10 west of Buckeye, Az.  As the flight progressed, it became apparent that the balloon would land north of the Interstate, rather than South.  I repositioned myself to get closer to the revised estimate of the landing zone.

I met up with Louis, W7LMW to continue the chase on that side of the interstate.  The balloon came down near the Hassaympa River, within about a half mile of I-10.  We had a little difficulty finding a route to the site, but working together, we found a road that came close, arriving from east of the landing zone.

Louis was tracking with his handheld, and I started out trying to use my Spyglass App on my IPad.  This is a really cool app, but I had trouble entering the correct coordinates while standing in the sun.  Visibility of the screen was poor.  I found that it was leading me away from the target, rather than toward it.  I later discovered that I had entered Longitude as E of the prime meridian, rather than West.  So I was only about 6000 miles off! 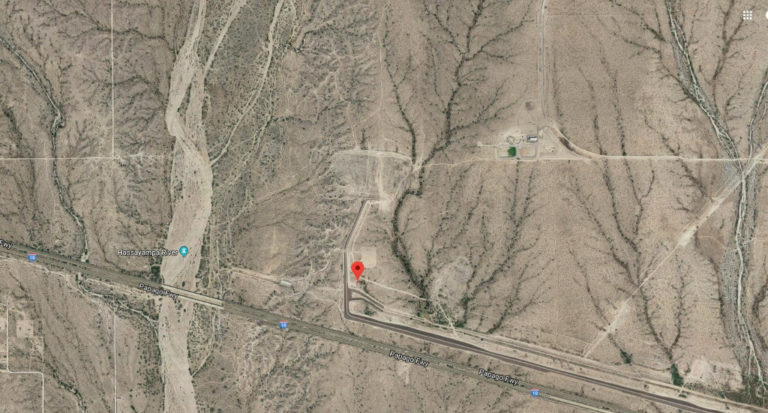 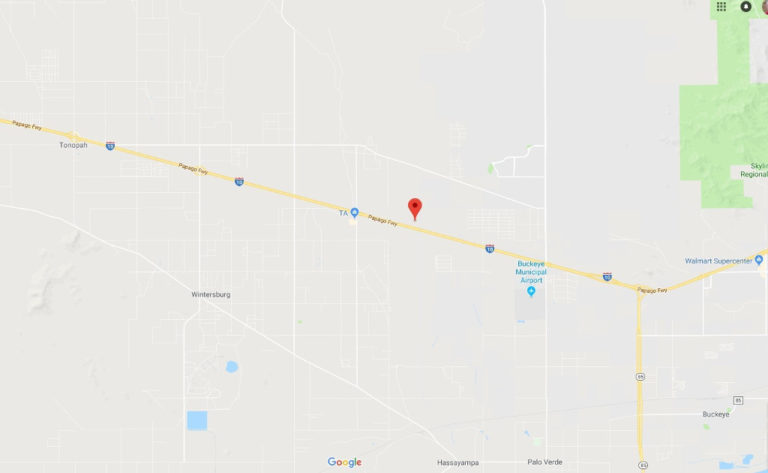 I ended up hooking my Kenwood TH-F6 handheld to my Mobilinkd bluetooth packet modem, and using my android phone with APRSDroid running on it.  I had used this before successfully, and was successful again this time.  It lead me right to the balloon and its payloads. 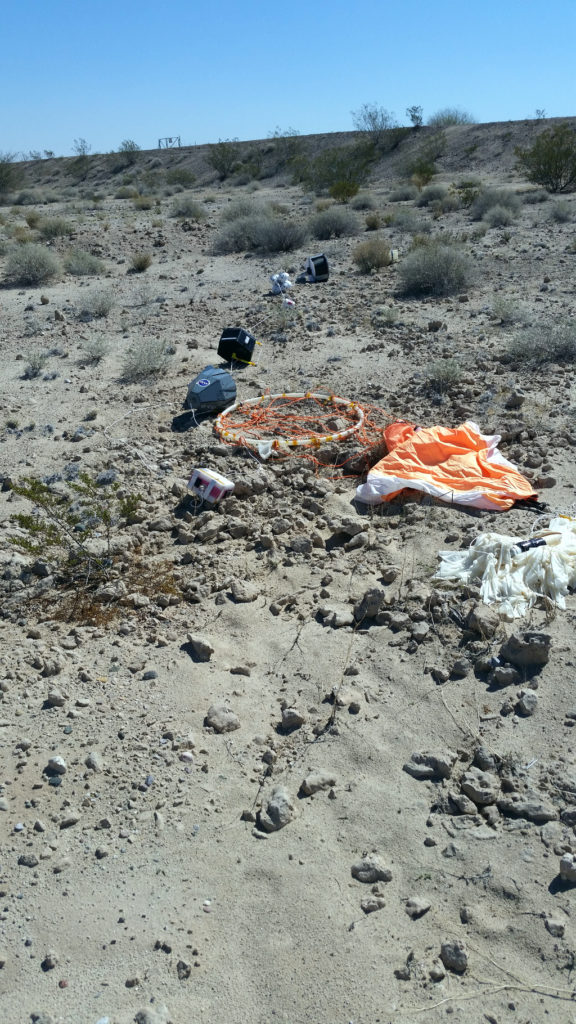 I went back towards the main road to help guide students back to the balloon. 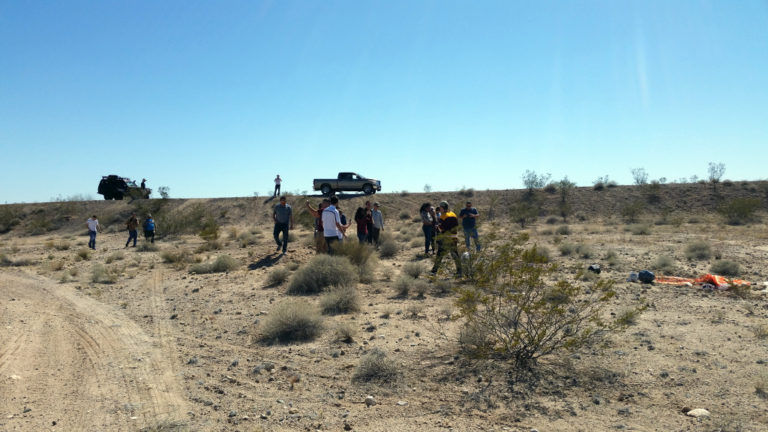 After a successful flight, students recovered their payloads, helped clean up the landing site, and headed back to Buckeye for a lunch meeting in the park. 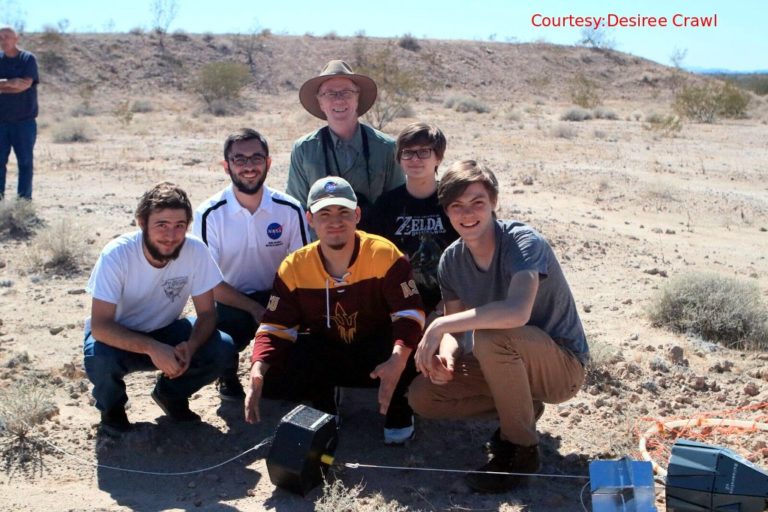 At the park, the students presented the preliminary findings from their flights.Â  Then we all got together for a group picture. 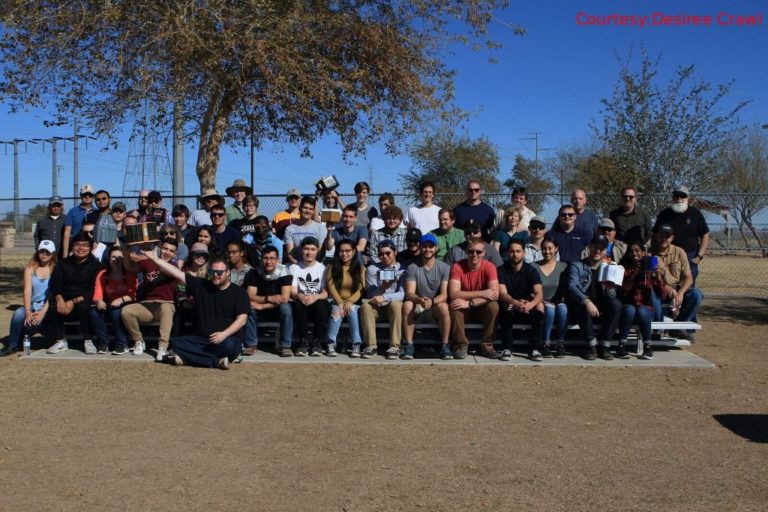 I may try the Spyglass app again in the future, but I need to practice with it, first.