I hooked up the Heathkit IG-42 Signal Generator to the variac on the bench and brought the voltage up slowly, watching for signs of overheating or failed components.  There was a slight hum coming from the unit for the first couple of minutes, then it got better.  I suspect that the electrolytic capacitors were recovering after having not been in use for some time. 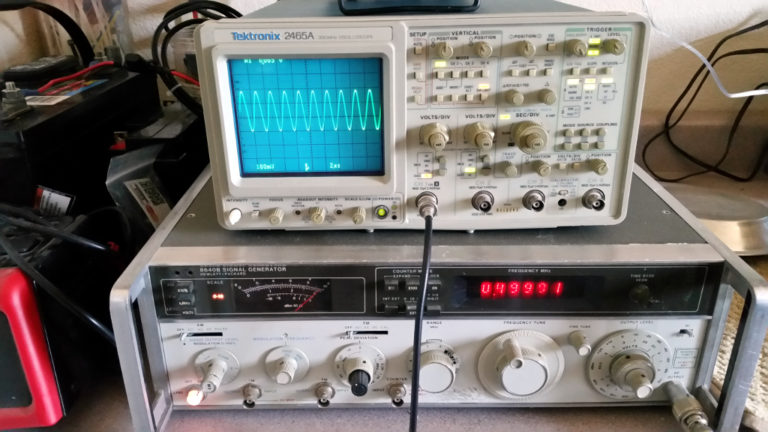 As the photo shows, I have about 0.28 vpp showing on the scope.  To get the rms value from the vpp value, you first divide by 2, then multiply by 0.707 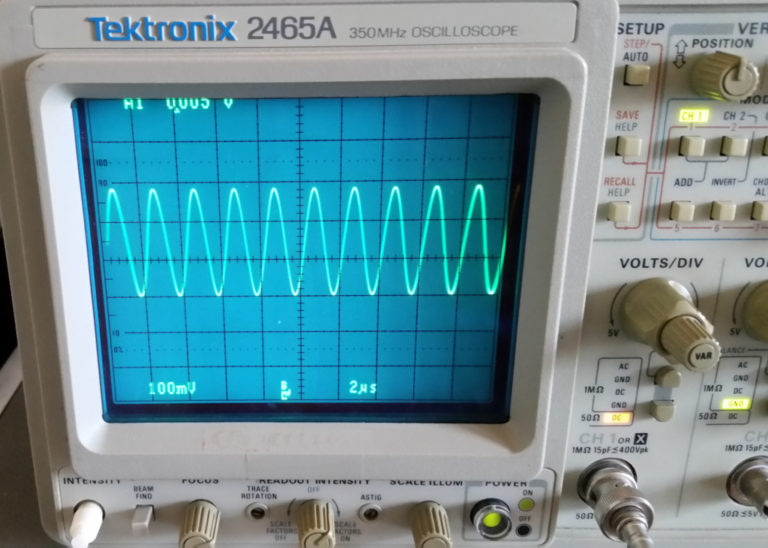 So, I know that if I can get a similar 0.28vpp waveform from the Heathkit, it is meeting the output level specifications. 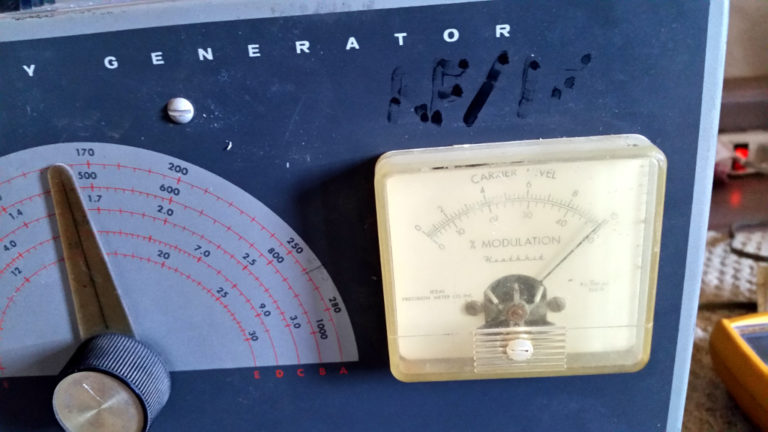 When I looked on the scope, there was no output shown… 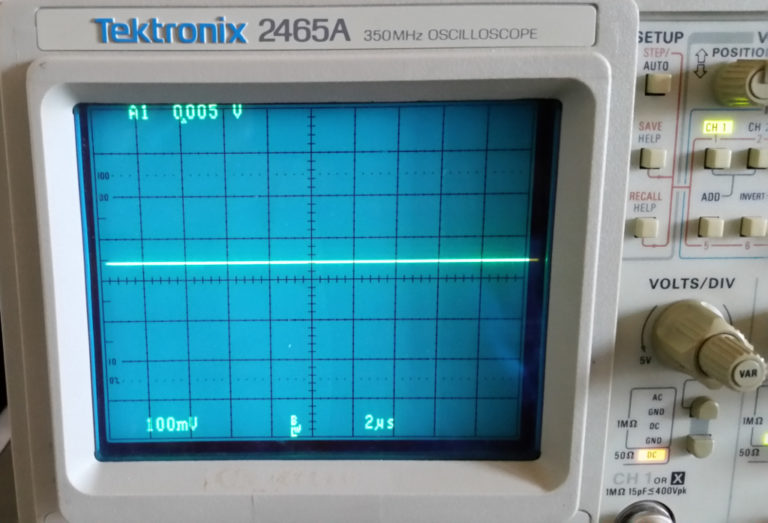 After tapping on various parts of the case, and wriggling the output cable, I found that if I held the output cable up at an angle, I could get an output.  So it appears that the first issue is a poor connection on the connector that plugs into the IG-42.  The waveform is not a great sine wave, but is typical of what I have seen from other Heathkit signal generators of this vintage. 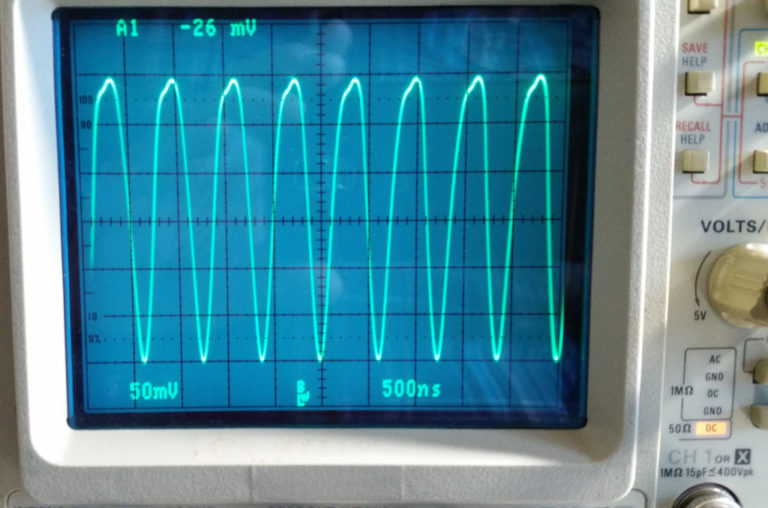 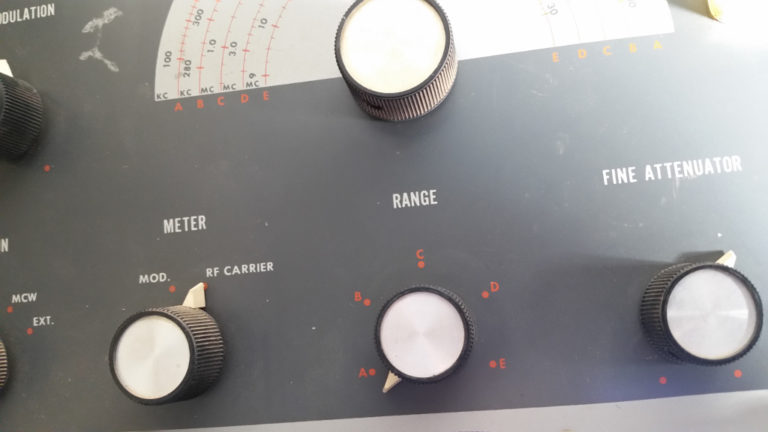 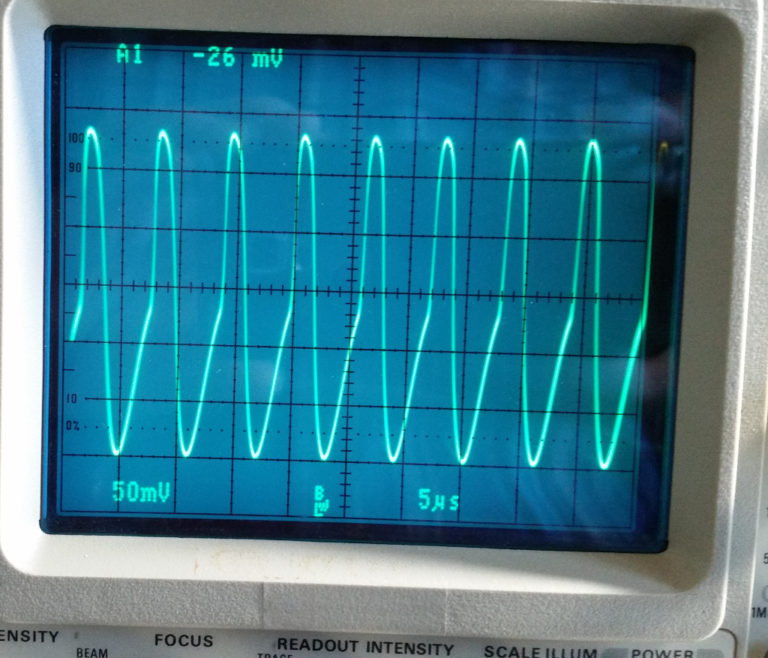 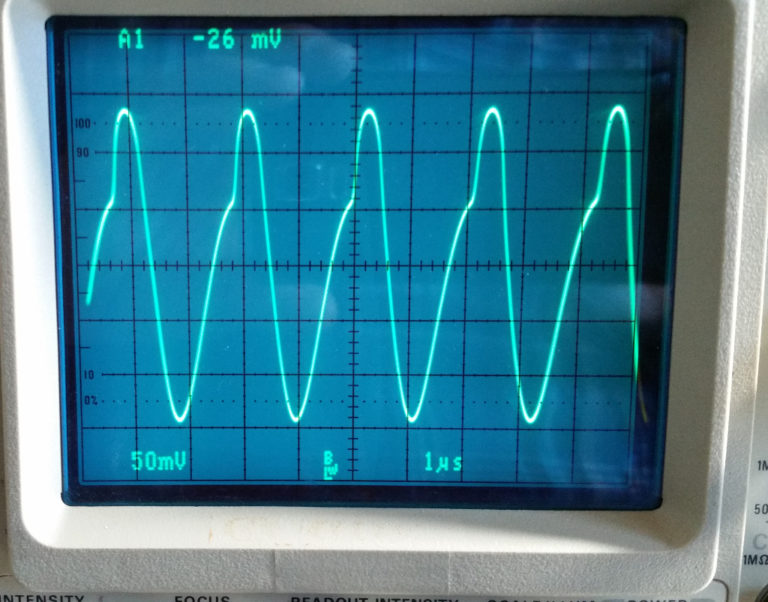 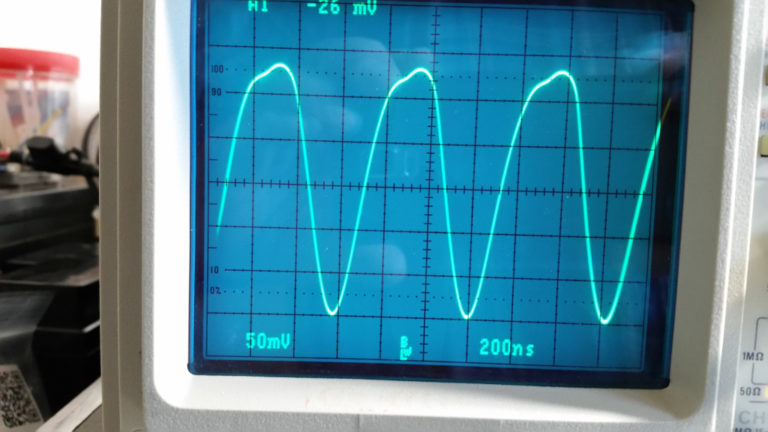 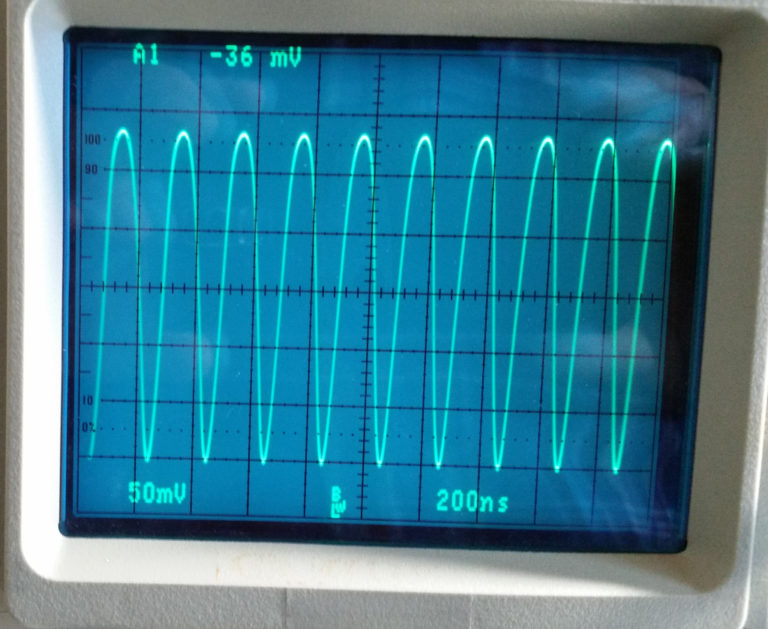 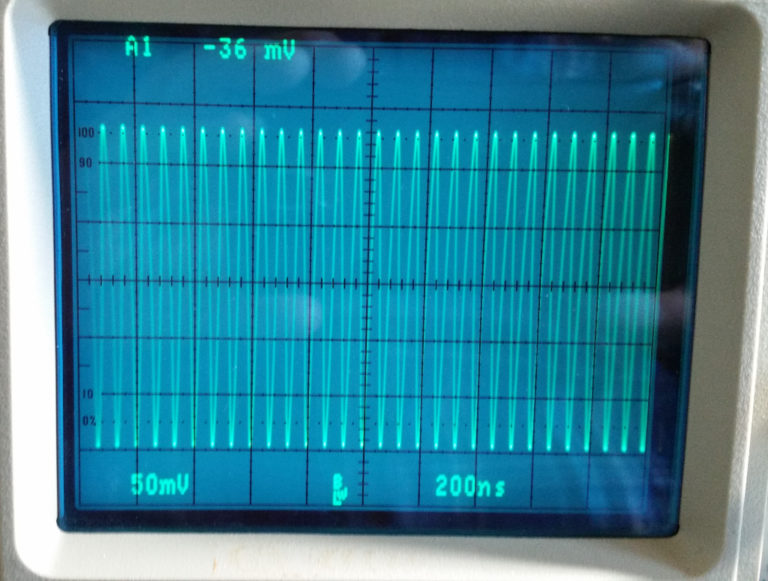 So, what next?
I think I will begin replacement of all of the paper capacitors, along with the electrolytics.  I will replace the two caps across the line input with X1Y2 rated safety capacitors.  I still need to decide on whether to replace the power cord or not.  Since it is across the transformer primary, and isolated from ground, it really doesn’t matter which line is on hot or neutral. Particularly with the swap to the safety caps across the line, from the original disc ceramic non-safety rated caps.  But I might still convince myself to do it.

The RG-58 cable that connects to the output will need to be repaired or replaced.

Finally, a cleanup of the cabinet and maybe knocking the dent out might be in order.