I attended the Thunderbird Hamfest in Peoria yesterday. There were a few bargains to be had. While many sellers were expecting the high Ebay prices for their old junk, there were still a few that were actually looking to sell their goods.

I started out with a purchase of some connectors and adapters from one of the vendors. I had run low on SO-239s and PL-259s over the years and needed to replenish my stock. In addition, I picked up some BNC to Banana Jack adapters and some grabber clips for my meter. 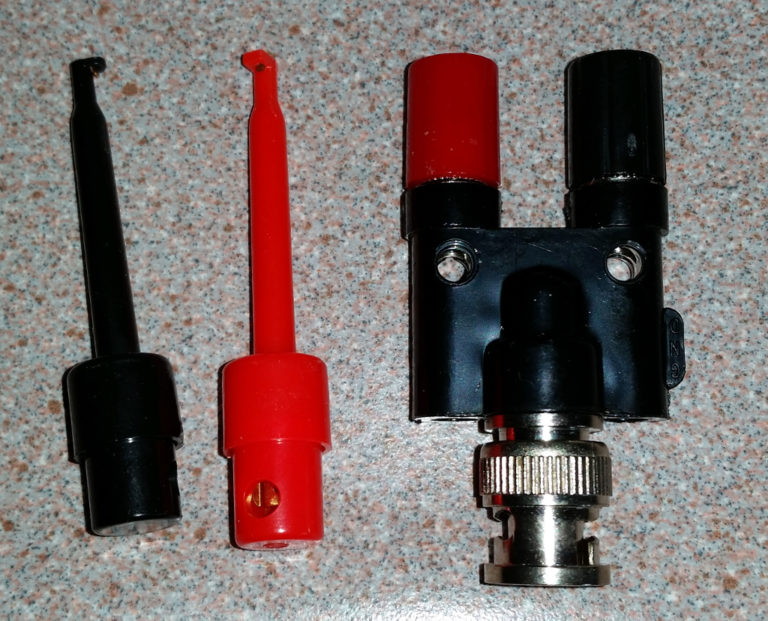 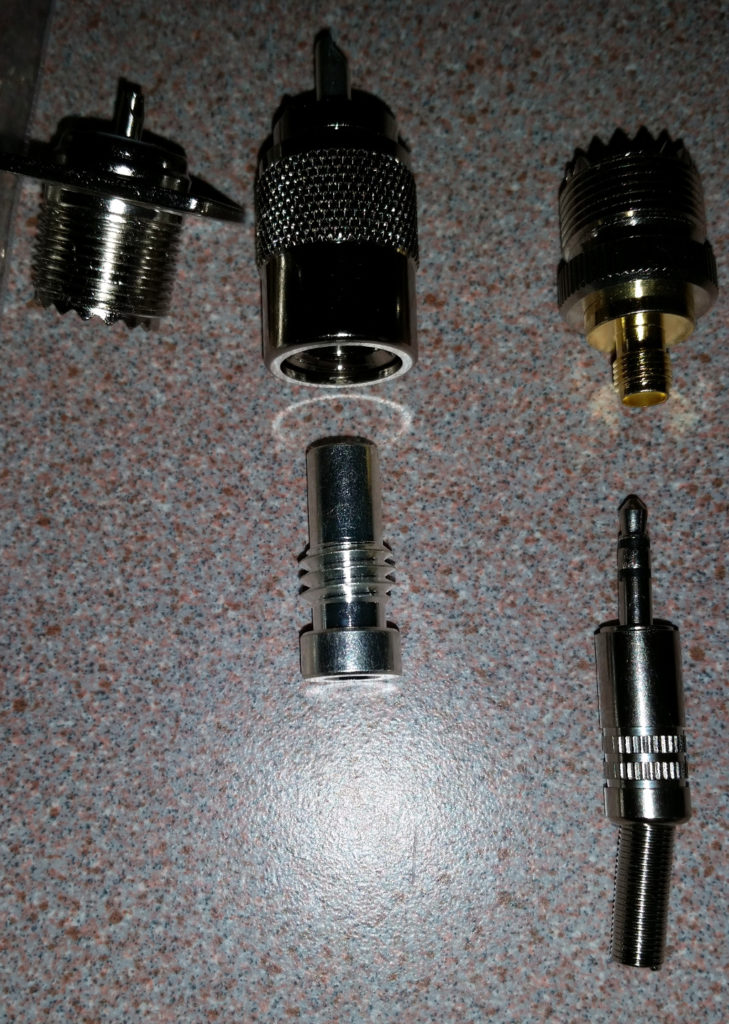 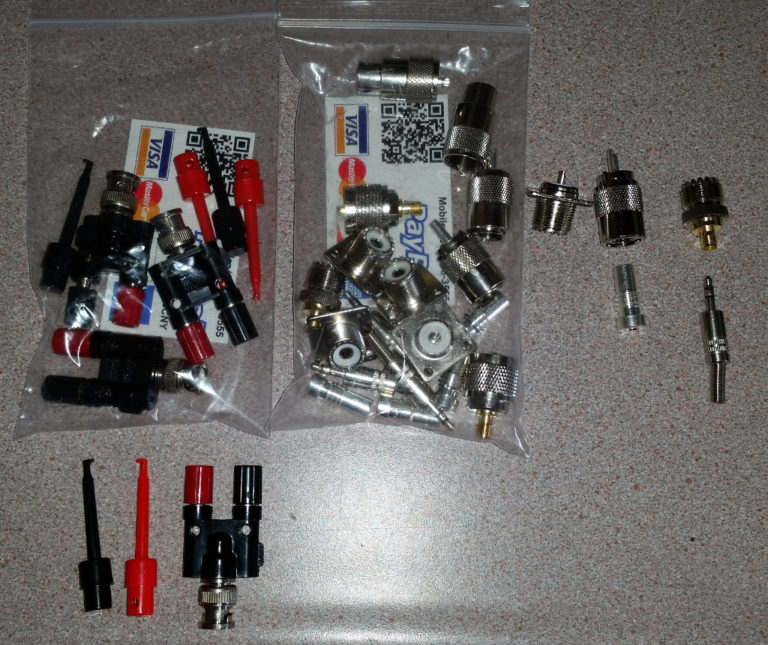 Adapters
Then I went looking for test equipment bargains. I found a Tektronix 2465a analog scope in good condition. This is a 4-channel, 350Mhz analog oscilloscope from the mid-1980’s. It has been described as the best analog scope that Tektronix ever made.

It had a note saying that it failed calibration checks, and asking for $80. The seller said that the scope was still usable, even with the failed calibration. Another buyer was looking at it. He worked on these scopes for a living. He mentioned that I would probably just need to replace the “Dallas” Static Ram chip, as it had a built in battery backup that commonly failed after many decades. He echoed the thought that the scope would still be usable, even if I didn’t make the repair. He also said that the Dallas chip was still available from Tektronix, and to steer clear of any Ebay chips for that. So I offered $50 and left with the scope under my arm. Unfortunately, after I got home, an initial checkout showed that it had some problems beyond a static ram chip failure. We’ll look into this in a later post.

On the way out, I found a man selling his like-new Craftsman bench grinder for $25. We settled on $20, and that was under my other arm! 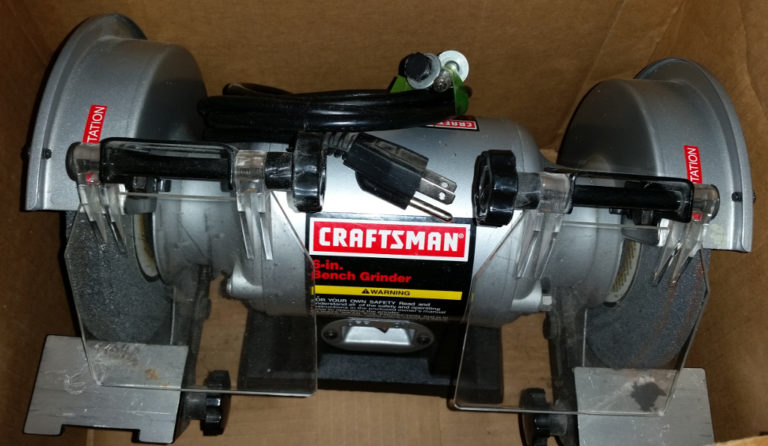 After I left the hamfest, I headed over to a college’s house nearby. We used to work together, and now we are both retired. Ron (WA7GIL) runs a small pecan orchard at his house, so I wanted to pick up some fresh pecans from him.

Ron showed me some of his old gear, and offered his Heathkit IT-28 to me, as he had noticed that I was coveting it. This is a newer version of my Heathkit C3 Condenser checker. The new version has many more leakage test voltages, and goes up to 600 volts, where the C3 only went to 400 volts. 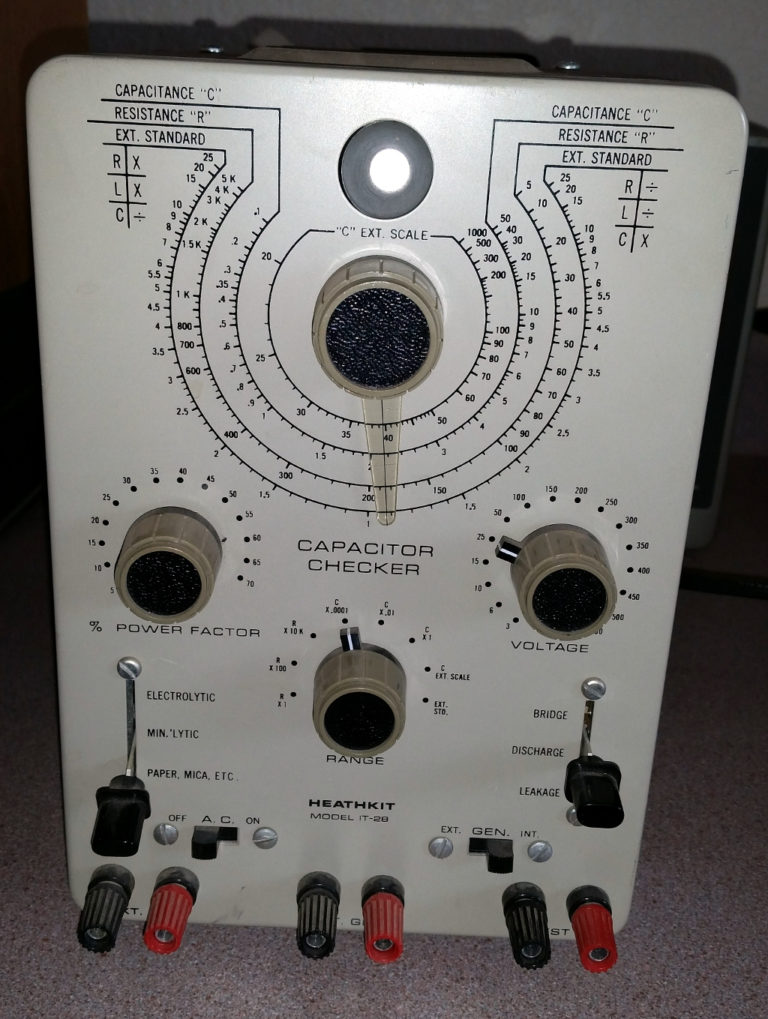 He also had an old Heathkit IG-42 “Lab Quality” signal generator that he had played with some, but never got working right.  I told him I would take it to my place and see what I could do with it, then return it to him.  So another project down the road… 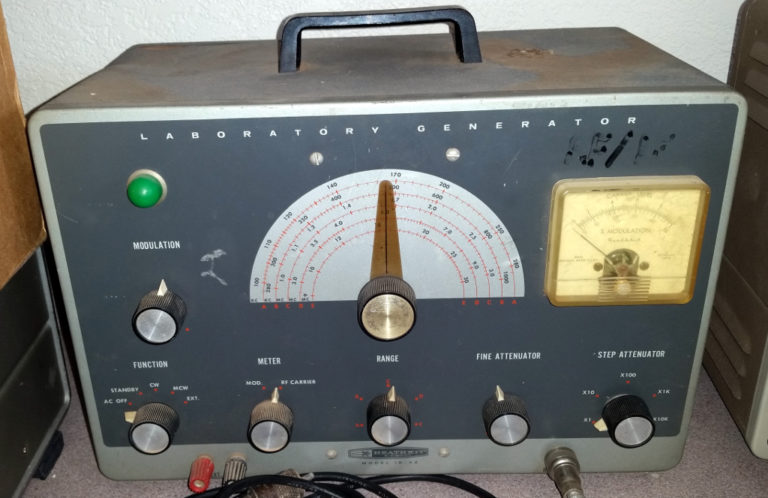