After I arrived home from the Thunderbird hamfest, I put the Tektronix scope on the bench for a quick evaluation.

The scope had been sold as “working, but failed cal test”. Upon powering up, I found that the display was shrunken to the center of the screen, both vertically and horizontally. It had tiny writing on the screen, but was unreadable due to the size.

I suspected that the writing was an error message, so I pressed the A/B Trig button to continue past the error. I was rewarded with a very tiny trace in the middle of the screen. I could move the trace around within the 2×2 graticule grid that it resided in. I could add more traces (all 4), and move them all within their tiny space. So it appears that the scope functions normally, except for the tiny display. I do not think that the calibration check failure is related to the tiny screen problem. The ram chip is used to hold factors for the scope from the calibration procedures. But it should have nothing to do with the symptom I was seeing.

I did some research on the internet about the “failed calibration” message and found a consensus that mirrored what I had been told at the hamfest. I could still get the needed part, and the scope would be somewhat useful even if I didn’t replace the bad ram chip.

After pulling the covers off the scope, I found that my scope did not actually have the Dallas Ram chip with the built in battery, but had a static ram chip with a separate battery. I measured the battery voltage and found that it was only 0.55 volts (it should be about 3.36 volts). Mouser has a new LTC-7P battery available for $17. The 4464 Chip is the static ram, and should be good to go. No need to replace it at this time. I suspected a power supply or high voltage problem. 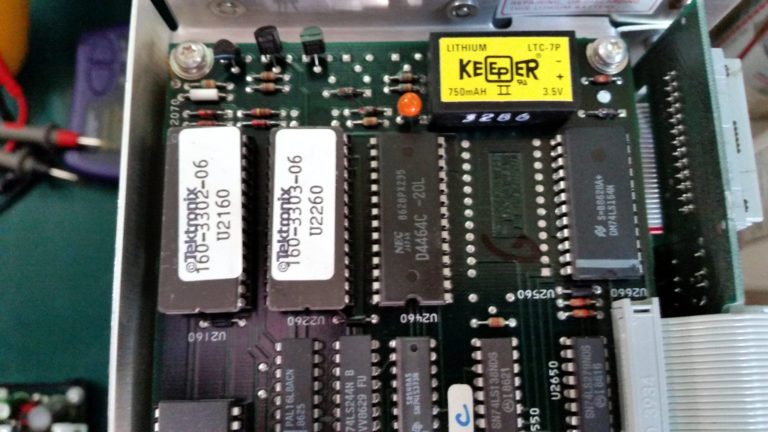 With the unit powered up on the bench, I checked the low voltage power supply outputs as specified in table 5-1 of the service manual. They were all within specifications.

Next, I let the scope sit and cook for a while, as I think the seller would have told me of the tiny screen symptom if he had seen it. Sure enough, when I checked it about a half hour later, the screen had grown to full size, and I could read the failure message (It was the “Test 04 failed 13” message I was expecting).

I took a can of freeze mist and cooled down various capacitors on the power supply, but never got it to fail again that night. Even after it had been shut off for a couple of hours, it still came up good.

So I let it sit, power off overnight, and fired it up again in the morning. Now it was back in its failed state.

I decided to pull the power supply and check the electrolytic caps for ESR failures. It is a switching supply, after all…

The extraction of the power supply was involved, but the service manual has step-by-step instructions. There are several cables to be disconnected, and a few wires, as well. You have to remove screws from the fan area, 3 at the heatsink on the bottom, and a few others. Then the supply is still tight in the chassis. But it will come out with a strong hand. 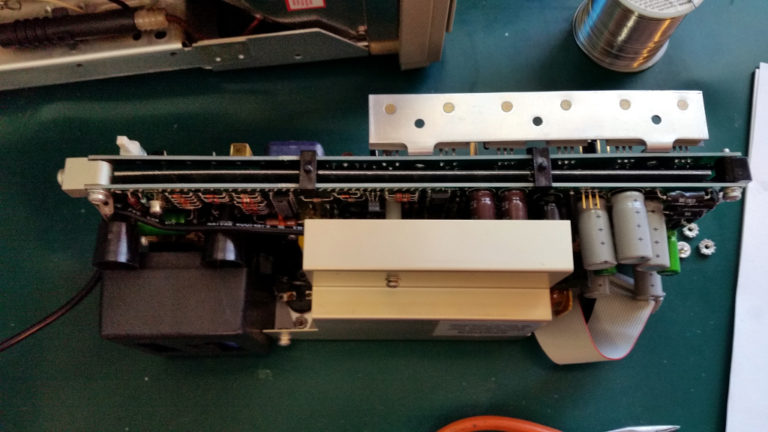 Once the supply is out of the chassis, I started disassembling the circuit boards. They are held to each other with gold pins in several locations. These pins pull out, then some more screws are removed that hold the two circuit boards together. 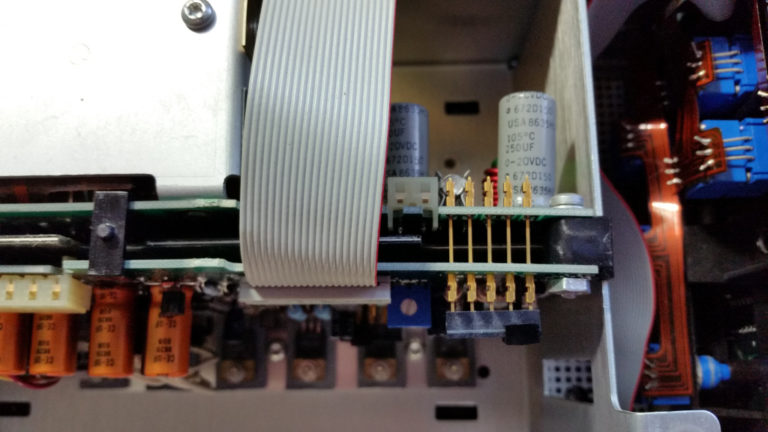 Once the required screws are removed, the plastic clips holding the boards together can be removed. This was excruciating, as there didn’t seem to be a good way to do this without risk.Â  I did end up breaking a small piece off one of them. But they finally all came out, and the two boards were separated. 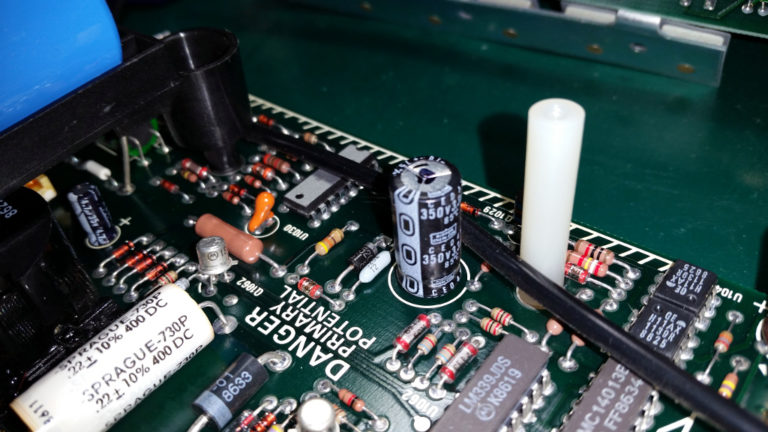 I put in an order to Mouser for all of the electrolytic caps in the power supply. I had to order the Lithium battery anyway, and I think they may have a minimum order, so adding the extra caps will increase the cost to more than $25.

I think I will replace the suspect cap first, and see if that fixes it. It would be good to have some feedback on whether that was the problem or not. If that doesn’t fix the tiny screen problem, I’ll go ahead and replace all of the electrolytics on the power supply, and see if that does the trick. If not, it will be “real” troubleshooting.

2 Responses to “Tektronix 2465A Oscilloscope Evaluation”