The Superstion Hamfest had a very nice turnout this year, with seemingly quite a bit more used equipment for sale than the past few years. I found a few bargains to add to my test bench.

The first find was a Heathkit C3 Capacitor Tester. I’ve been looking for an old style cap checker with the leakage test functionality, as I enjoy working on old equipment. While I would have preferred one of the newer ones (IT-11, or IT-28), this one presented itself as a bargain, and should do a fine job. The seller had a tag on it saying that it had been restored, and he was asking $30 for it. He said he had re-capped it, and it worked fine. I offered him $15 for it, and he accepted. 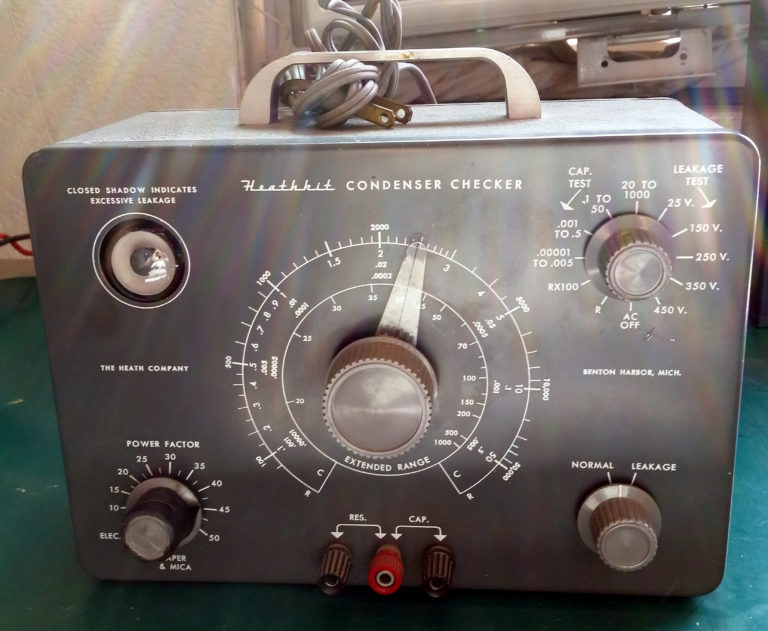 The same seller had several other items of interest, including an HP 200 CD Audio Signal Generator. This is a high quality sine wave signal generator that covers 5 kc to 600 kc. This can be useful for old receivers that have a 50 kc if section. Of course it is an excellent general purpose audio generator for the bench, as well. He was asking $20 for it, and I again offered $15, which he gladly accepted. I did not ask about the condition, but all controls operated smoothly. 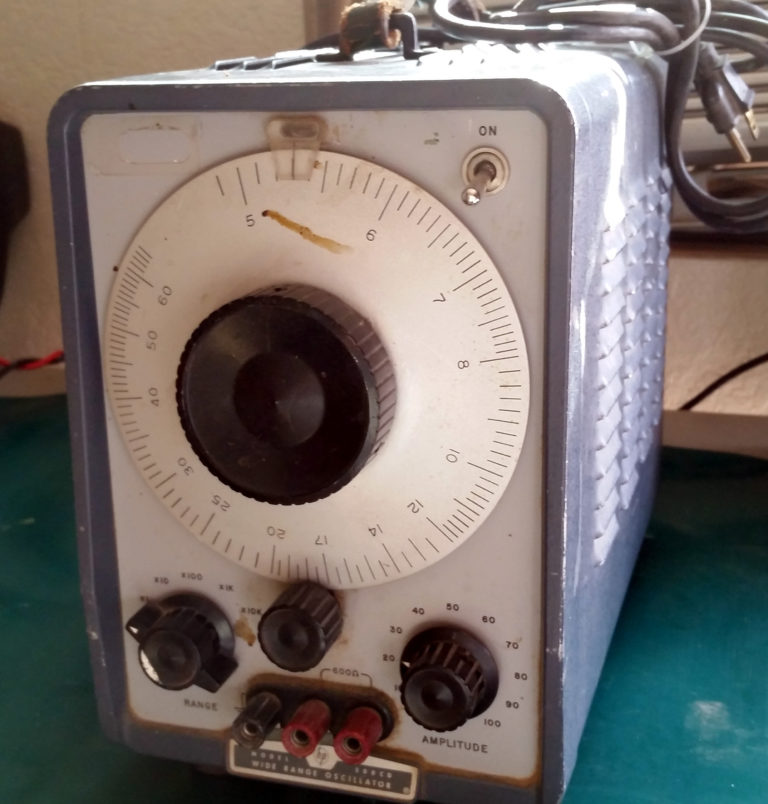 Finally, there was another seller that had a Hewlett Packard 4951C Protocol Analyzer. I had used a similar unit over the past 30 years working for the local utility on their Energy Management System. It is used for capturing or monitoring serial communications in several different protocols, both synchronous and asynchronous. The one we had at work used a magnetic tape cartridge to store test procedures, while this one used a floppy disk drive. The unit had the interface unit (built into the front cover), as well as all cables and documentation. She had a $25 price sticker on it. I offered $15, and she quickly accepted, saying that her husband was away, but she would be glad to take my money! 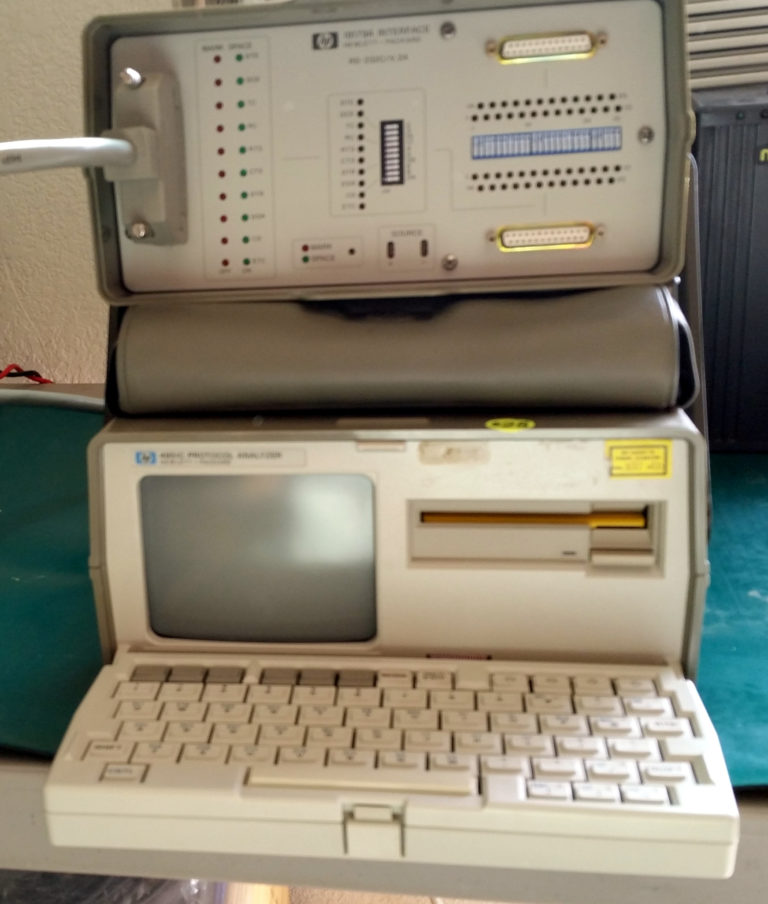 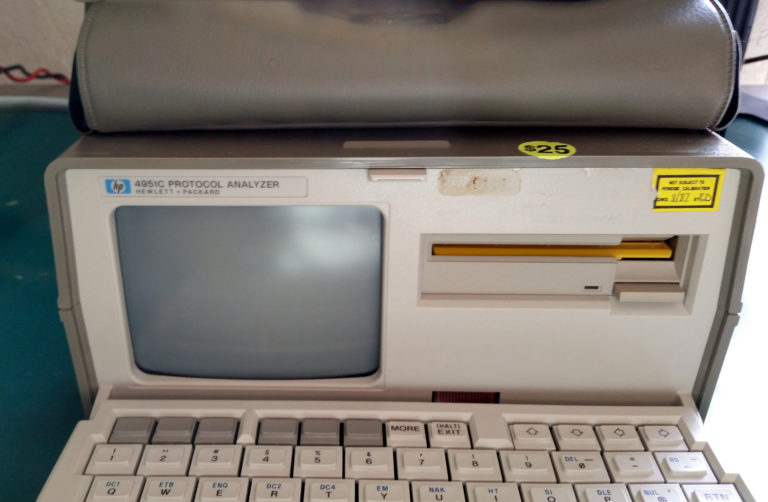 All in all, it was a good morning. I met several old friends from the place I retired from a couple of years ago. The weather was nearly perfect, and the sellers were in a mood to sell.

I have not fired these up yet, as I want to take precautions to prevent any disasters. Look for future posts when I take a closer look and hopefully get them in operating condition.