While I am very happy with my homebrew 8640jr signal generator, I’ve had this old IG-102 RF Signal Generator from Heathkit hanging around for a decade or so. I was curious what kind of levels it was capable of, so I dragged it out and hooked it up to the scope to investigate a bit. 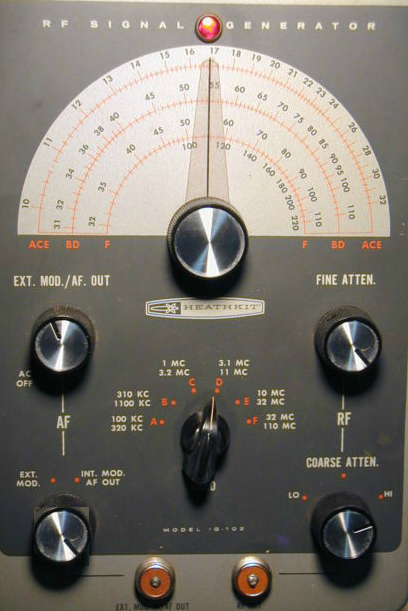 The main problem I have always had with this generator is the connectors on the front for the RF and AF out. They are not commonplace anymore, so replacing them with BNC connectors made sense. Prior to doing this, I always used a coax with alligator clips to connect, which wasn’t very secure.

I found a few panel mount BNC connectors in my junk box, and installed them into the same holes as the original connectors. 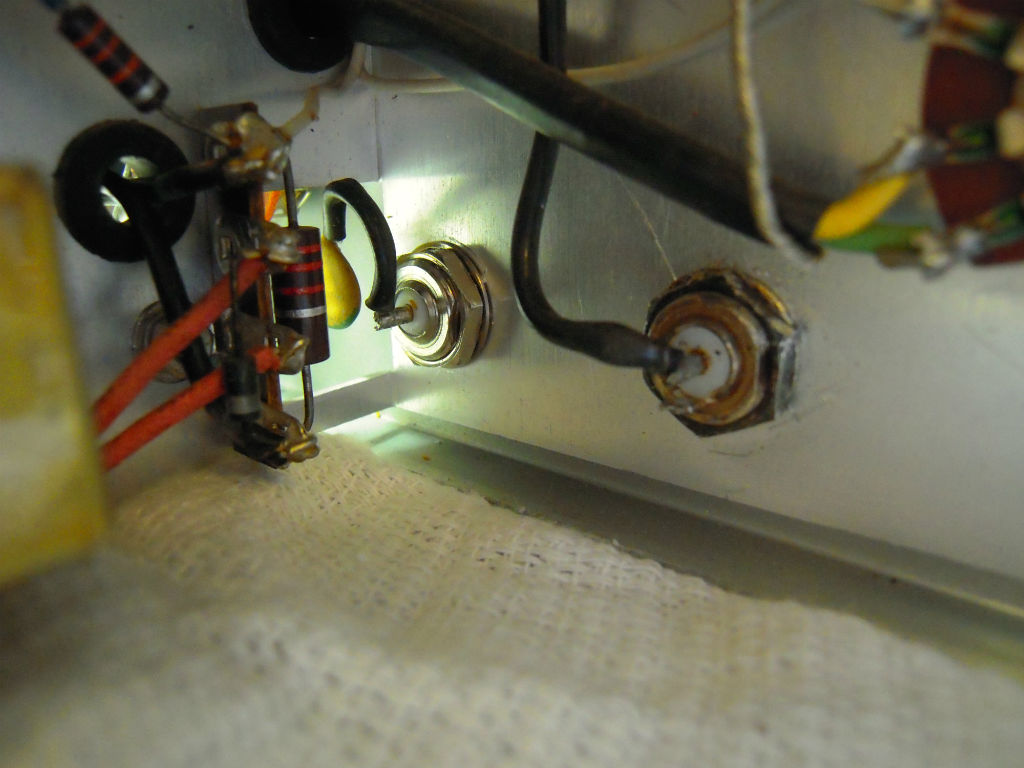 Back side of BNC Connector installation 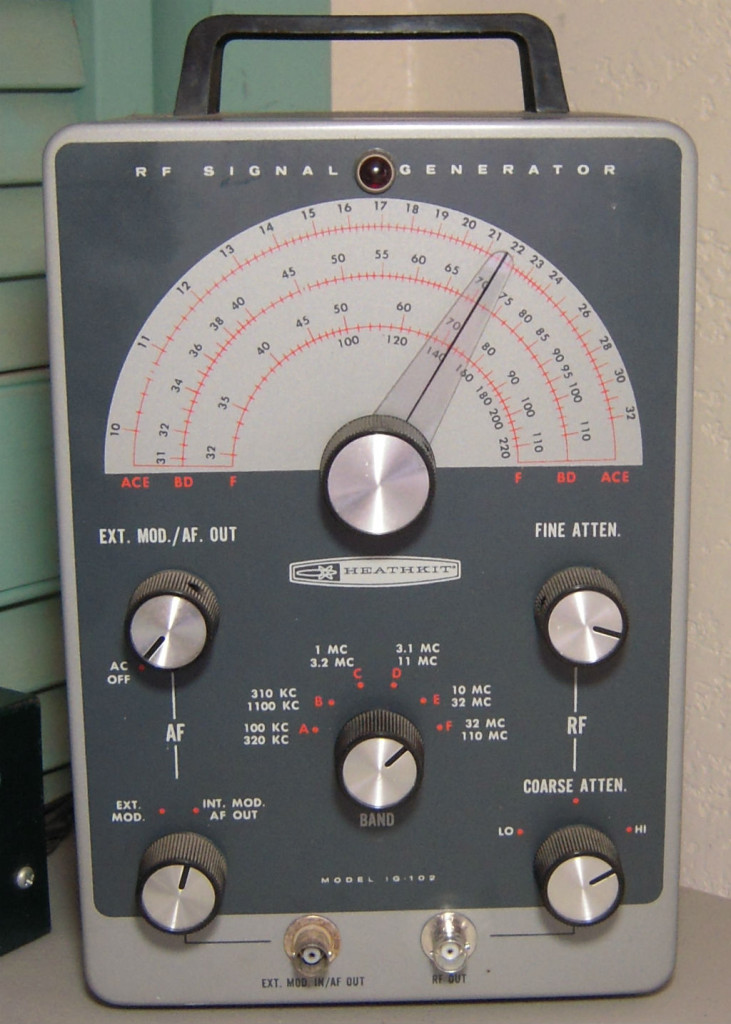 Now that I could get decent cables on the generator, I started making measurements. I measured the volts and power into a 50 ohm load on my scope:

Most of the bands have a low output at the low end, but quickly come up to a higher output as you move up the frequency dial.

The waveform is generally pretty good, although one or two bands have some distortion. This is not too surprising, given the design of the device. 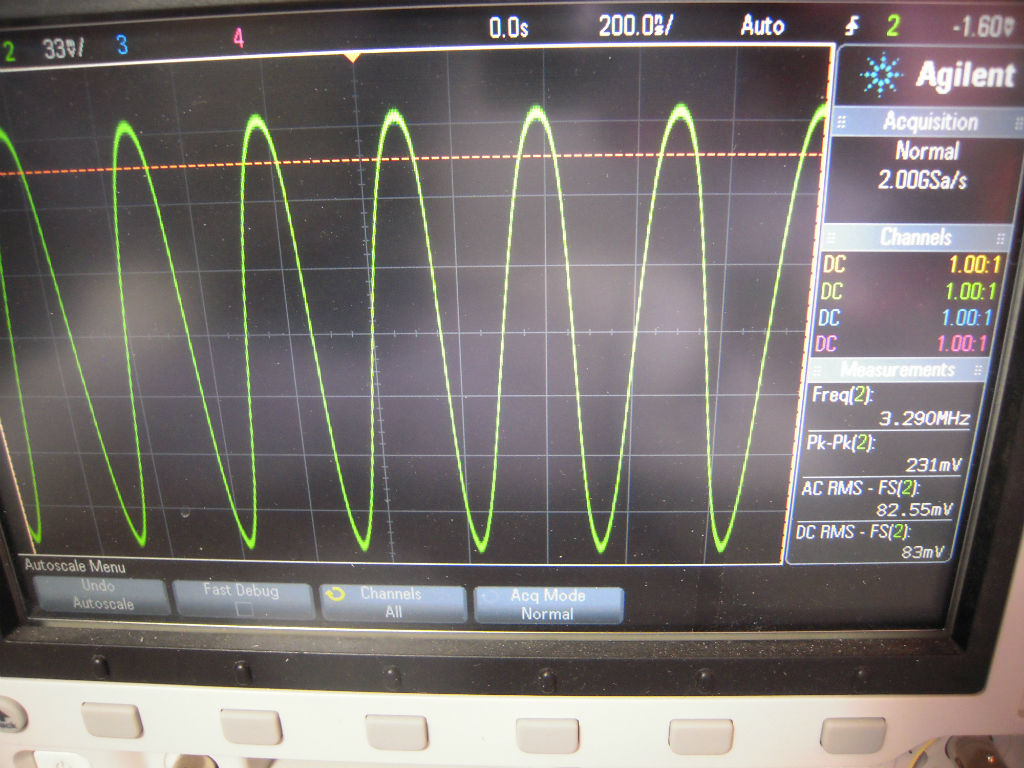 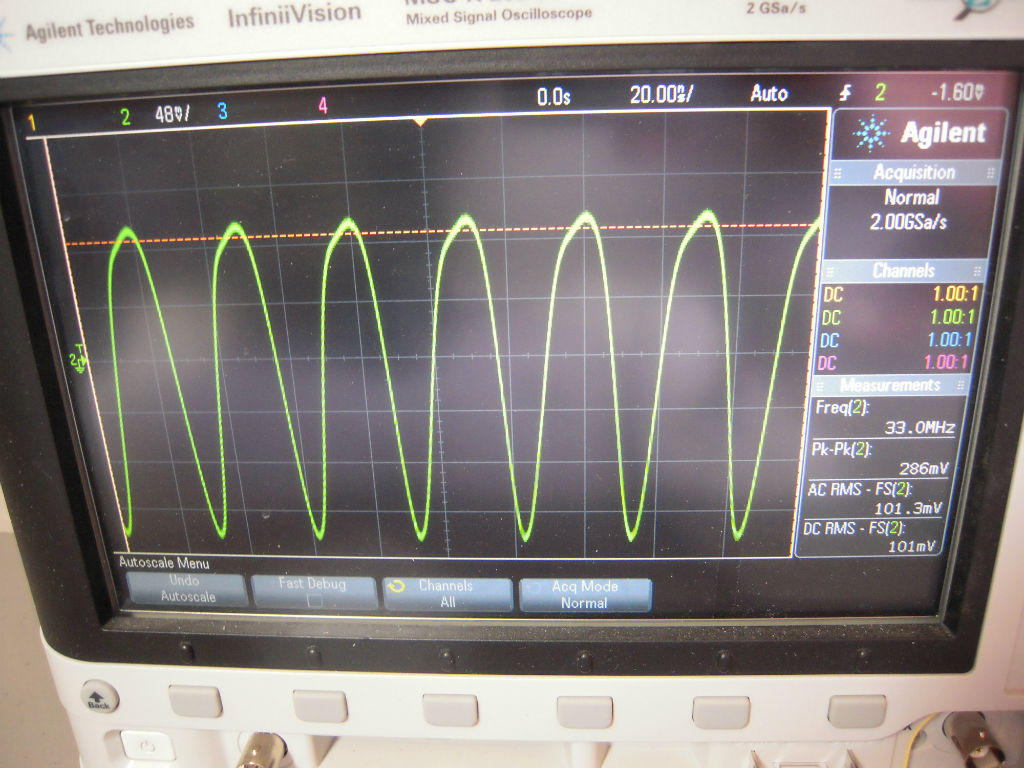 A little distorted waveform
The modulation is usable, if a little ugly… 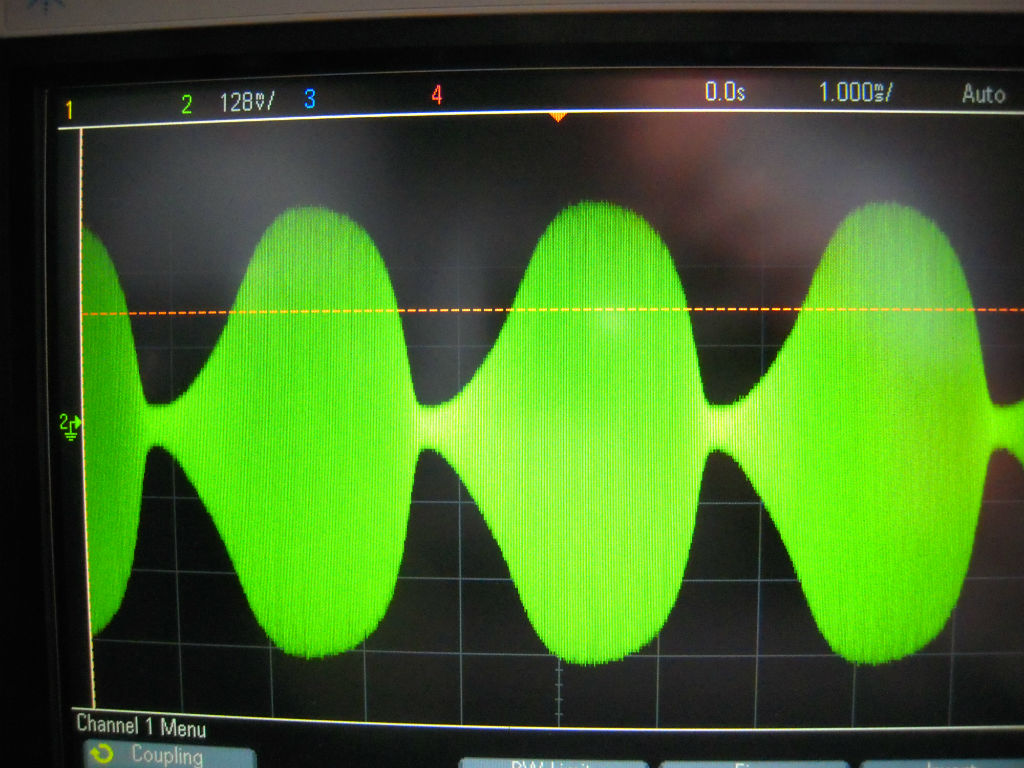 At this point, I decided to replace the filter cap, because it was an old electrolytic, and bound to fail at some point. 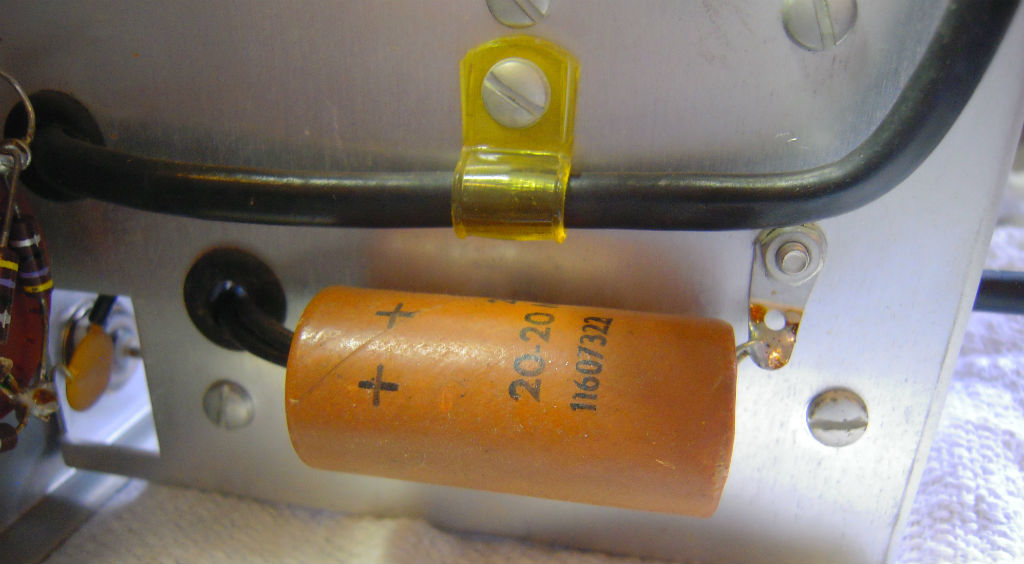 This piece is not destined to be a collector’s item, so rather than go through hours and hours of work to restuff the original can, I disconnected it (leaving it in place for looks), and mounted the two new caps under the chassis. 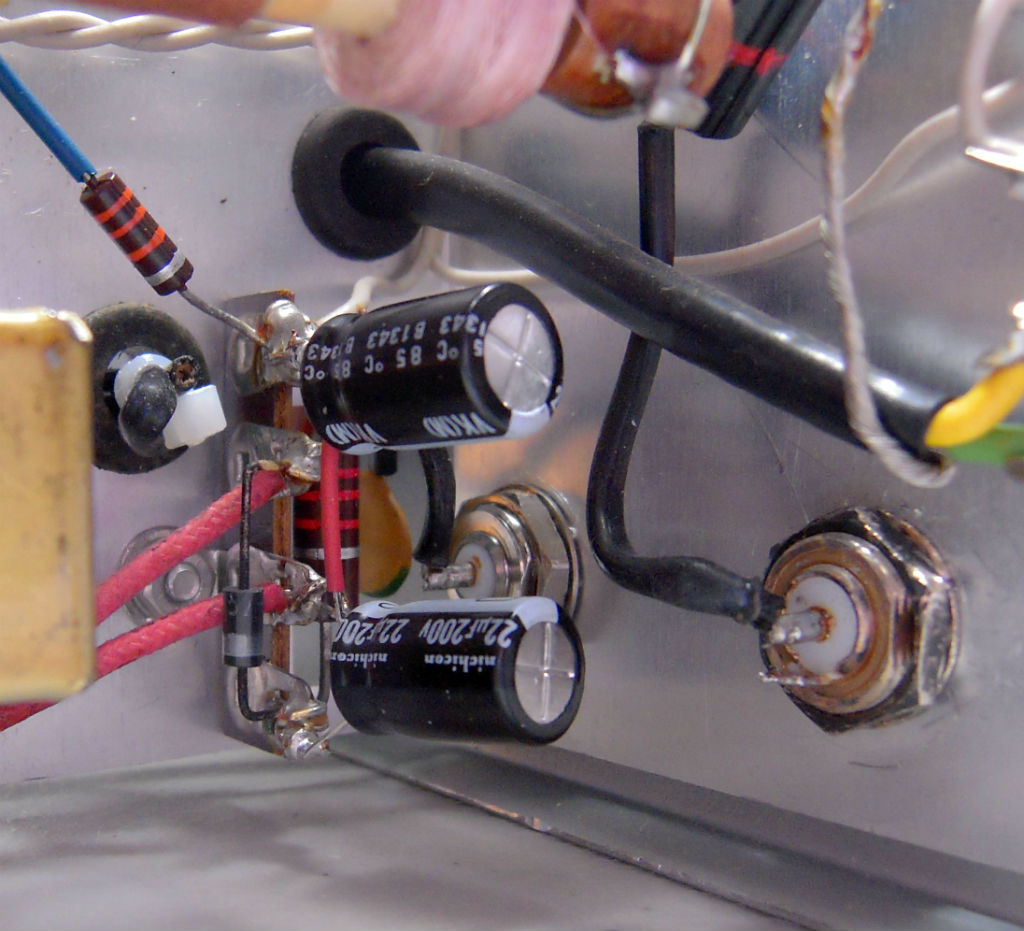 While the back was off, I took the opportunity to replace the old power cord, with a safer, 3-wire cord. 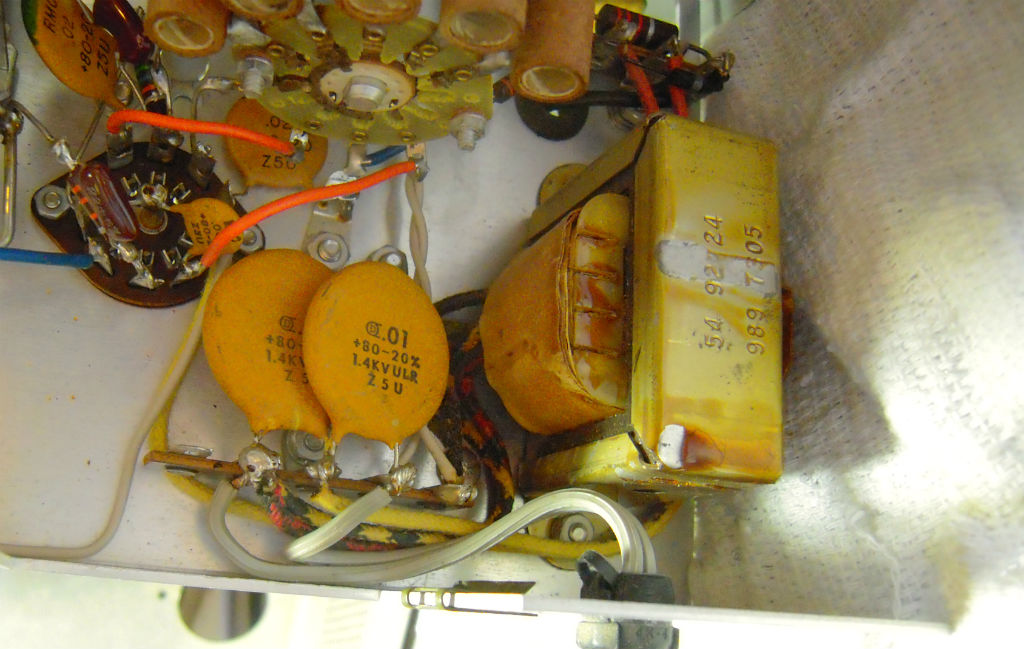 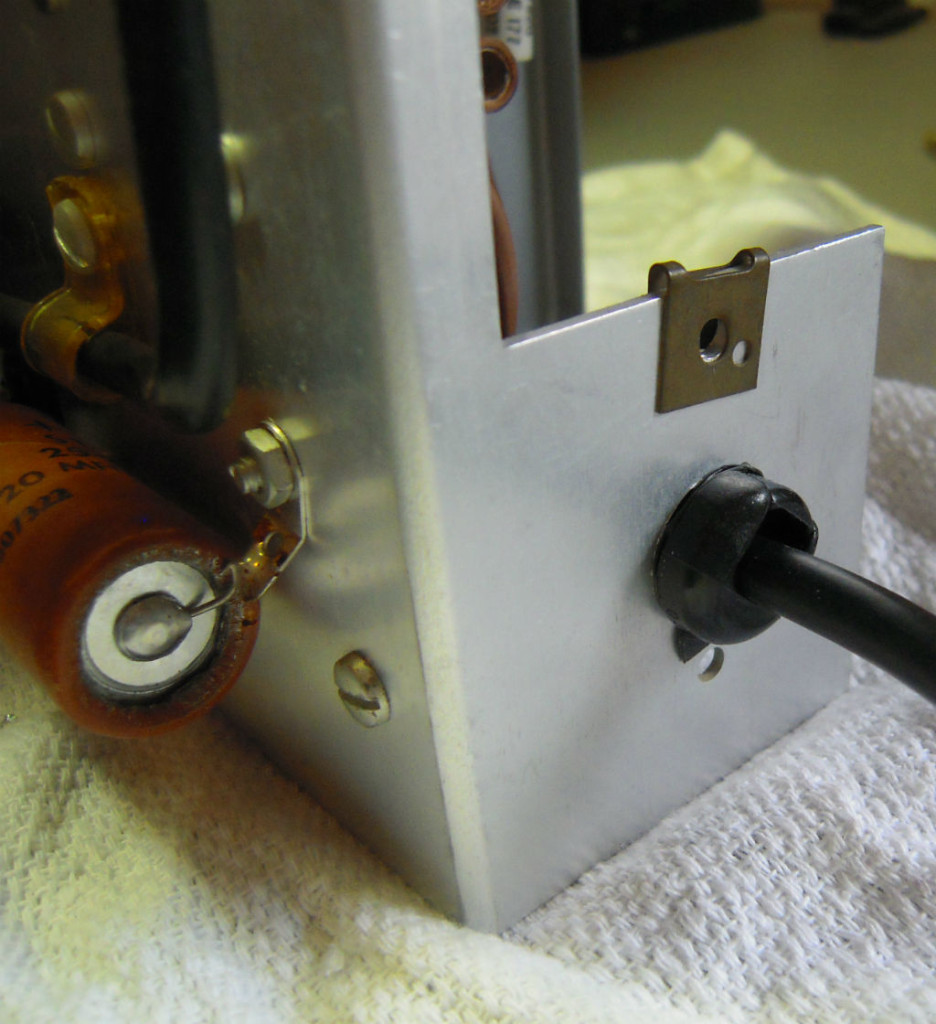 Overall, it was a worthwhile couple of hours to upgrade this old generator. It’s a good backup, especially for those times when you need two generators at the same time.