I have made PCBs before, but only with the photoresist method, which is fairly expensive. After witnessing the great results by Chuck, K7QO, and with him having done most of the legwork on the method, I decided to start experimenting with his method a bit. 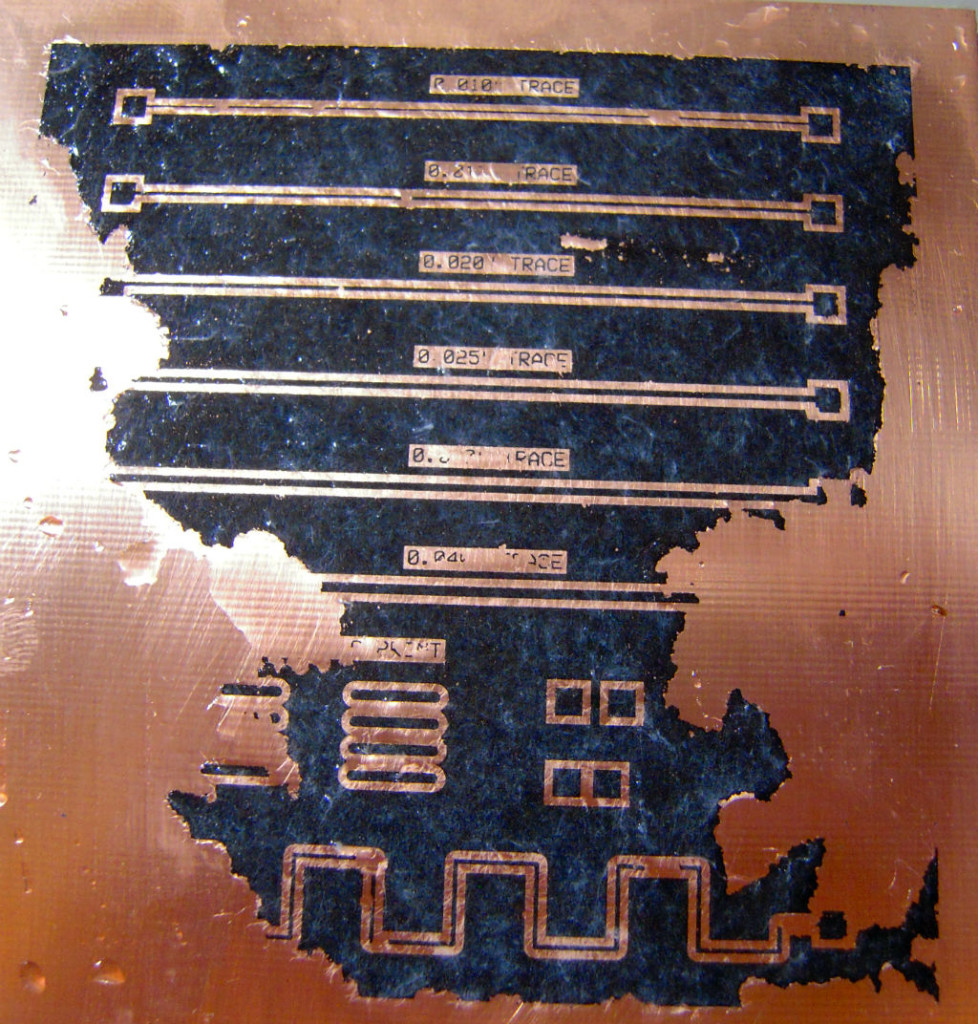 The method involves using a laser printer to print a pattern on paper, then using a laminator to heat-transfer that pattern to the copper plated circuit board material.

I had read that an HP printer works well, and had also heard about failures with the Brother brand of laser printers, due to the toner having a much higher melting point. Unfortunately, the Brother 5150d is the only laser printer that I have. But not to be discouraged, I decided to try it anyway, just to confirm that my aftermarket toner wouldn’t somehow work.

First, I passed the blank circuit board through the laminator 5 times to pre-heat it. The idea is that if the board is already pretty warm, then a few passes through with the printer paper pattern attached would make the toner melt enough to stick.

After sending the circuit board with the printed pattern attached through for eight passes, I let it cool for a few minutes on my bench.

Then I placed the assembly into a bath of cool water and let it soak for a few minutes.

The next step is to grab the edge of the paper and slowly peal it back away from the board, leaving the toner stuck to the board, with just a little paper residue.

My results for this test were pretty dismal, as the toner was just barely stuck to the board, and lifting the paper lifted much of the toner pattern with it.

I then used my fingers to gently rub away the paper residue from the exposed copper surfaces. This also easily rubbed off portions of the pattern.

For my second test, I printed the same pattern to a piece of plain copy paper at work, this time on an HP Laserjet 400 black&white laser printer.

The results this time were better, but not quite good enough. But it did prove that the HP printer toner was more suitable. The plain paper residue had so much fiber that it was impregnated with the toner, and some of it came off the board as I was rubbing it with my fingers again. 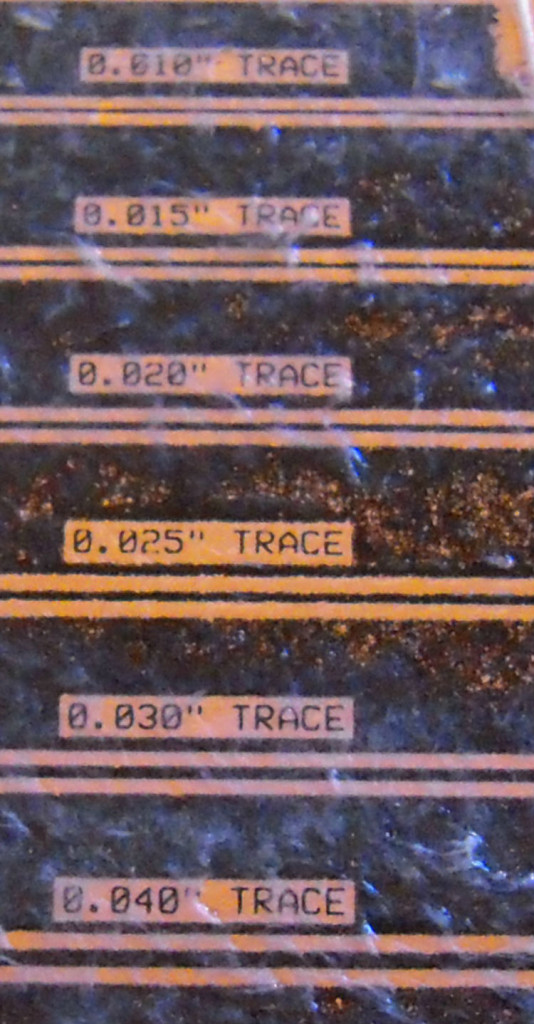 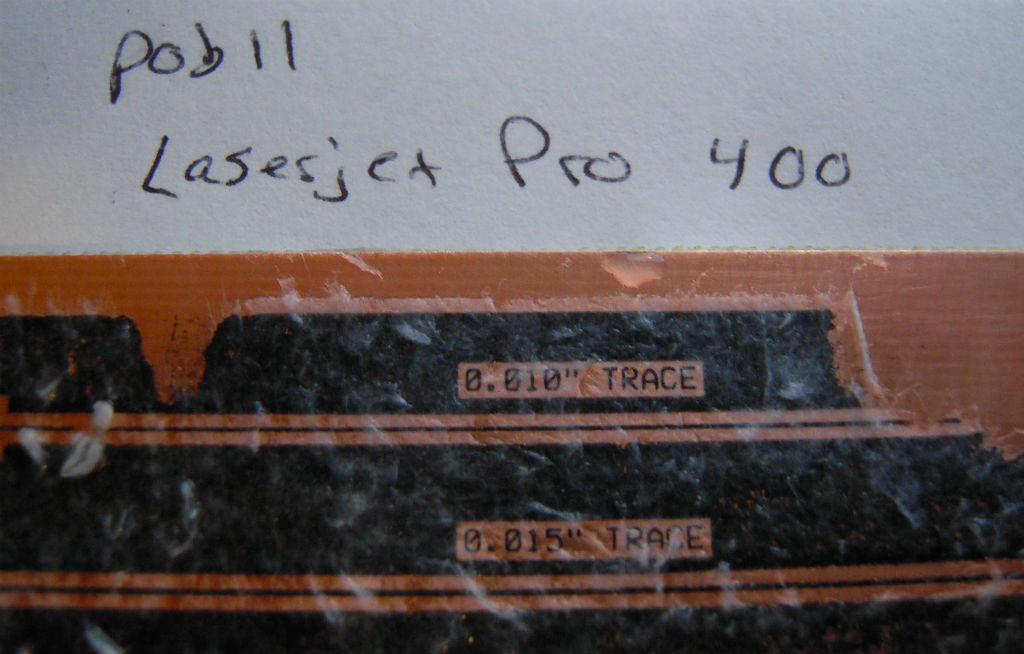 Having made some progress, my third attempt used the HP Laserjet 400, this time with the recommended Hammermill Glossy Color Laser printer paper.

This worked much better, and resulted in acceptable adhesion and cleanup. The paper pulls off much easier than the plain paper. 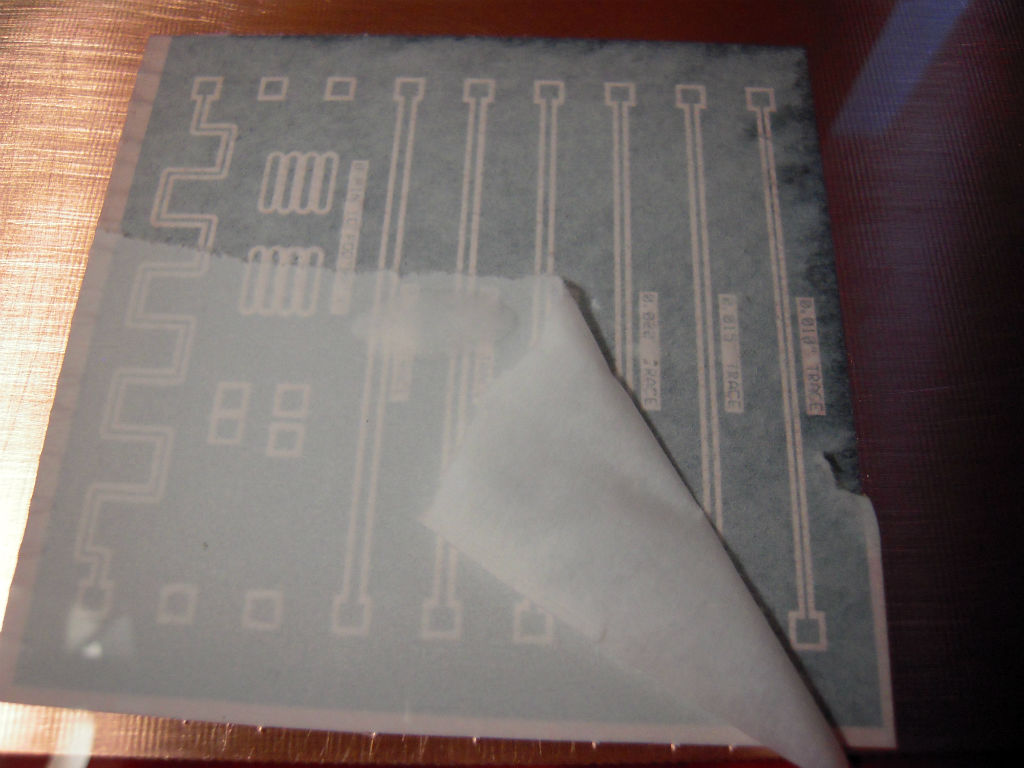 Peeling back the glossy paper 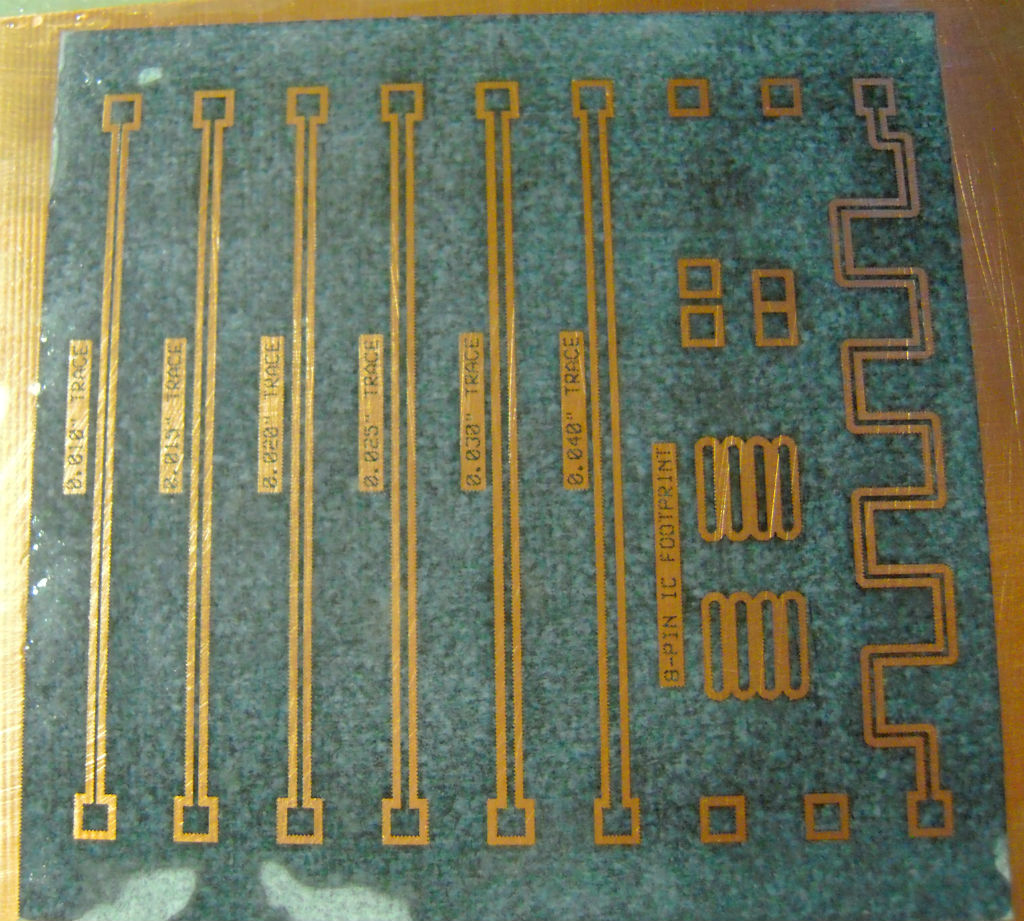 I also printed some patterns on an HP Laserjet 200 Color Laser printer (on the good paper), and will try that next. I’m curious if the color toner is much different than the standard black toner.