I still needed to add a permanent power connection for the 12 volt supply to the 8640 Jr. I decided to use a couple of power poles mounted into the backplate. 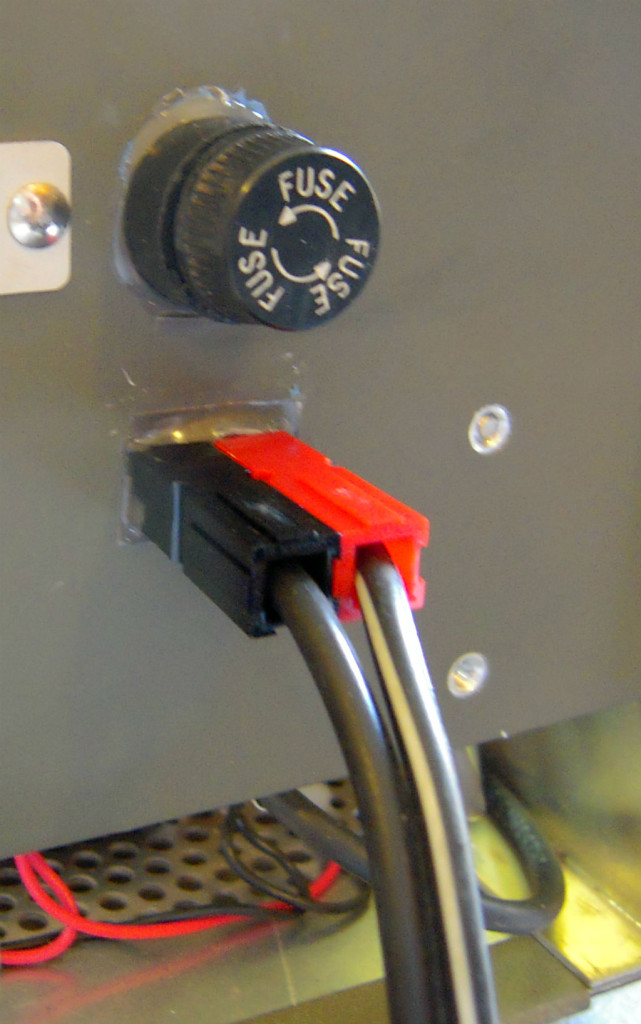 Being inherently lazy, I used an existing hole, and just nibbled out the sides a bit so that the powerpole connectors kind of snapped into place. Then I used some JB-Weld to give them a little substance, so they wouldn’t pull out as I connected/disconnected the input. 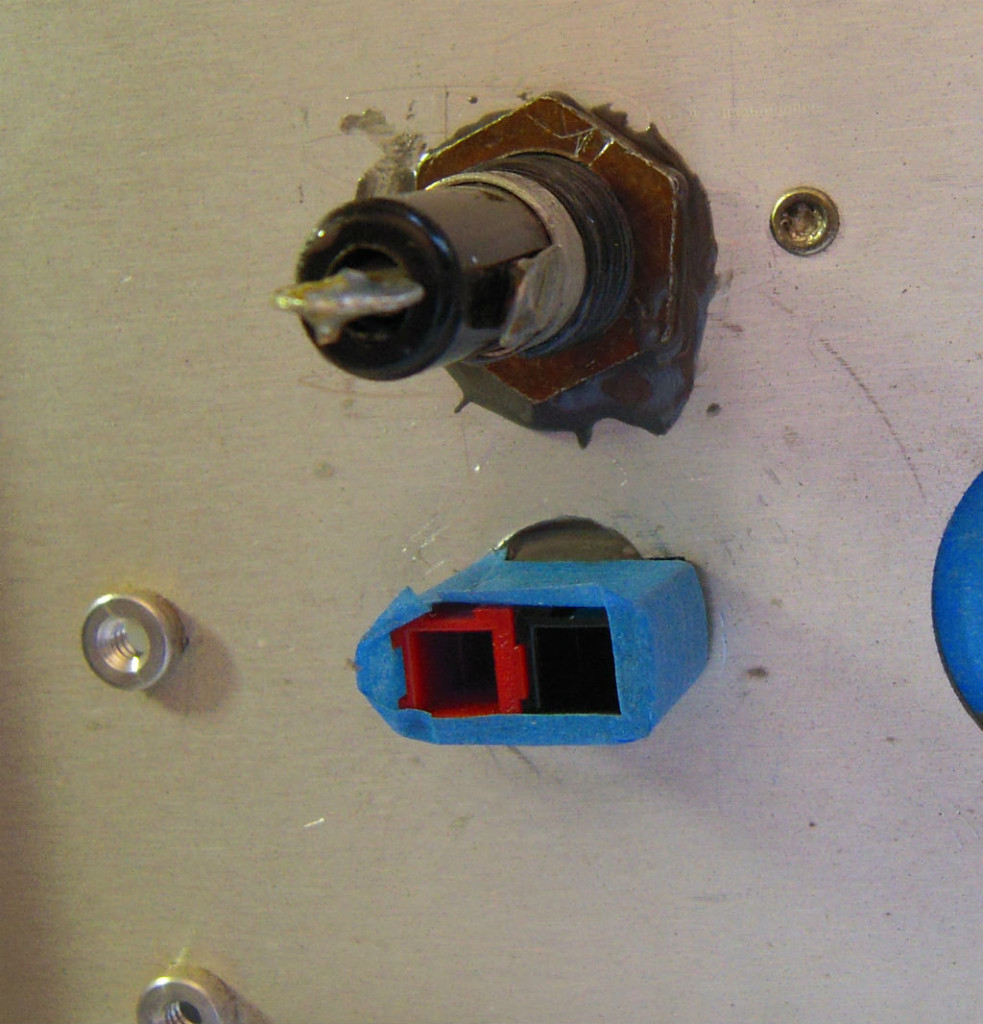 Fuse Holder and Powerpoles in holes

I found an old fuse holder and drilled out a hole to fit it. As I was working with it, the plastic broke right behind the mounting flange. A little JB-Weld here also fixed it right up. 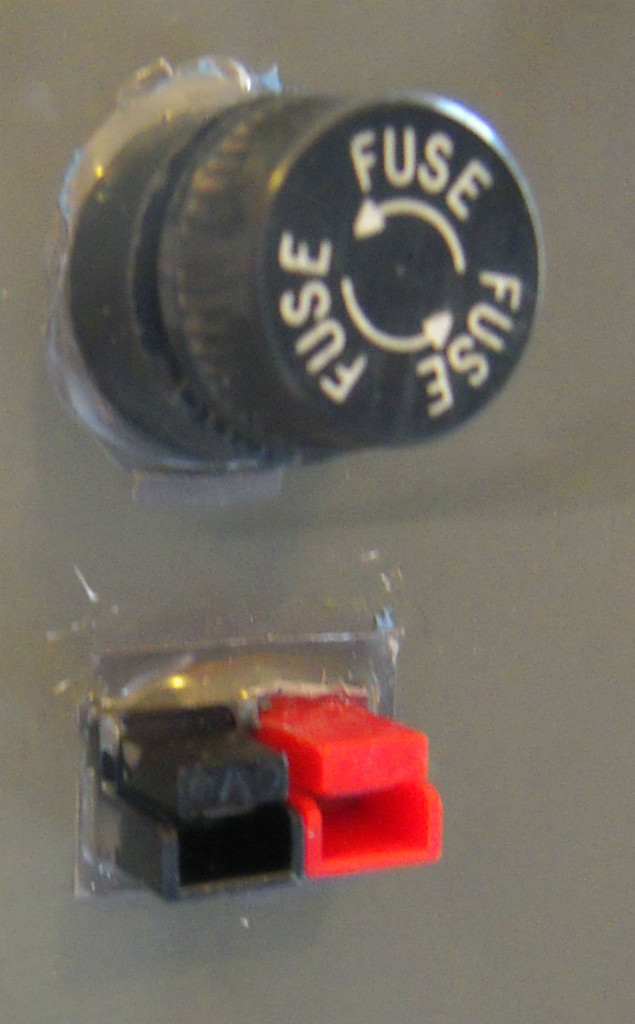 I decided to not put a power switch in, since this will not be plugged in all of the time. So I will just rely on unplugging it from the 12 volt supply when not in use.