I was listening to Bill Meara (N2CQR) on one of his famous SolderSmoke podcasts when he explained first light.

Astronomers have a word for the first time a new telescope is pointed to the sky and illuminated by starlight. They call it “First Light”. Bill likened this to the first time that a radio receiver is subjected to the airwaves, and signals are heard. I like that analogy. 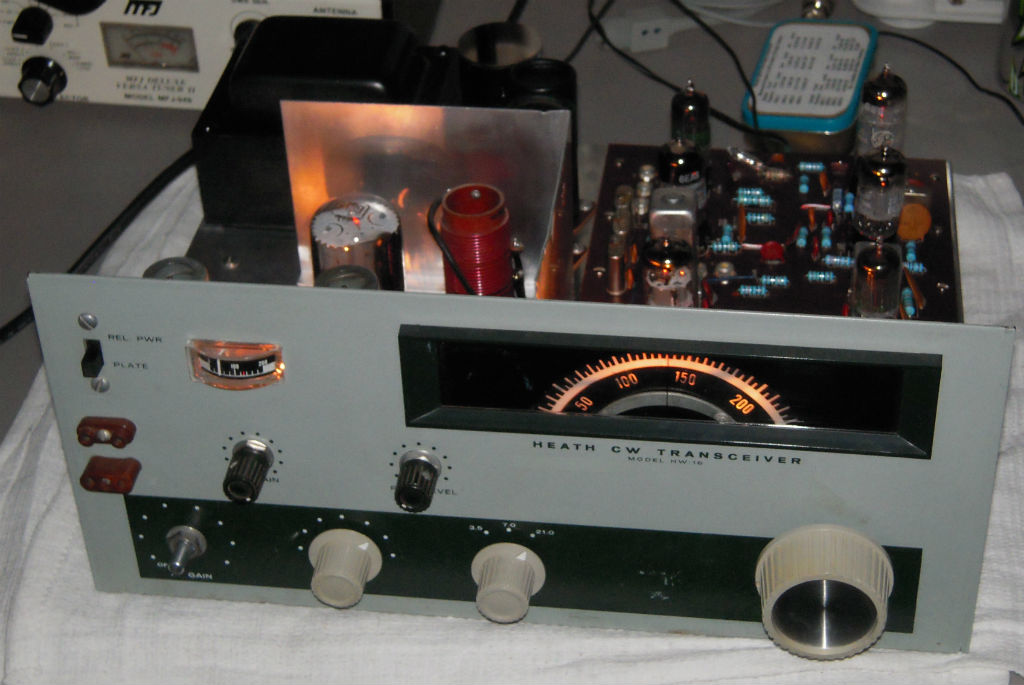 So at this point, the radio powers up, all the tube filaments light, as well as the pilot lamps. But it seems oddly deaf. I can barely hear a very slight hum from the speaker if I hold it up to my ear, but no background noise or hiss, even with the volume and RF gain controls at max. It almost seemed like it was muted, or in transmit mode, but there were no other indications of that, other than the deafening silence.

So troubleshooting continued. I dug out my Norcal S-9 generator, which creates a 50 uv signal on a variety of known frequencies. This would normally be equated with a signal level of S-9. I plugged it in and dialed up the 80 meter frequency. On tuning the receiver, I could very faintly hear the signal in my receiver. I had the same results for 40 and 15 meters. So the thing was receiving, but didn’t have enough gain. 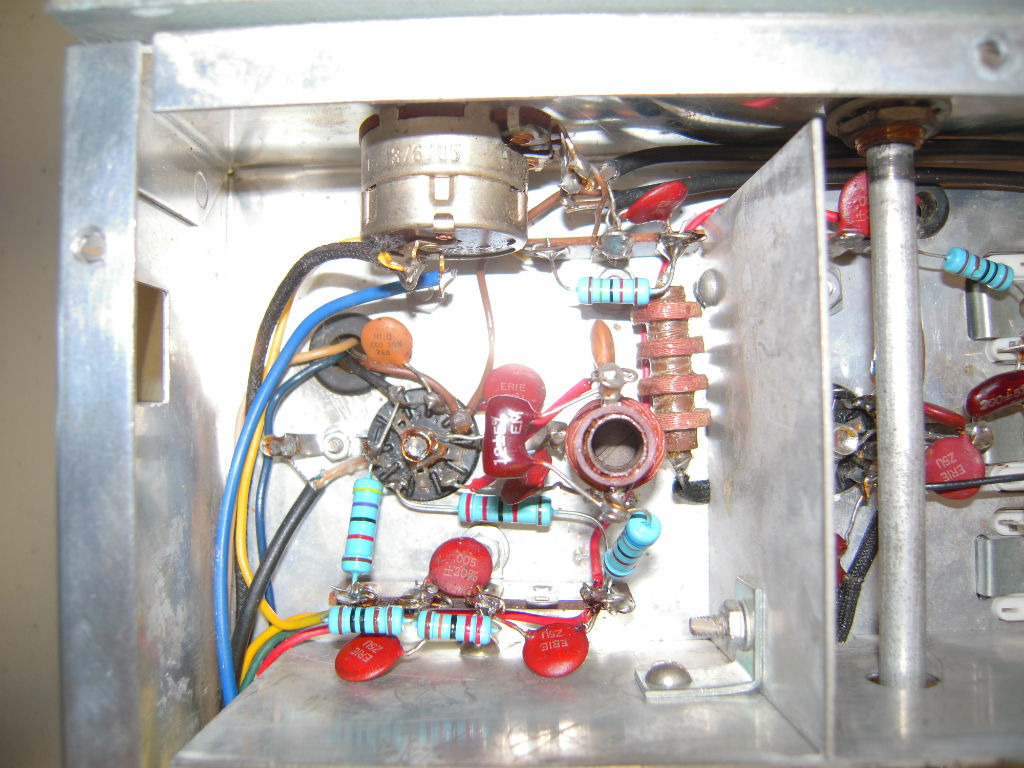 I used an audio tracer to check the level at the top of the volume control. Plenty of signal there! Then I notice that as I turn up the volume control, near the maximum position, it starts dragging down the signal on the high side of the control. That should not happen. After disconnecting from power and bleeding off the high voltage, I got on the control with my ohmmeter, and found that the coax line connected to pin 2 of the control had a nearly direct short (like 2 ohms) to ground. Looking at the schematic, I see that there should be a complete open there. So I pulled the cable loose from both ends and found that the coax was indeed shorted. It was a pretty ugly soldering job on the shield of the volume control end, which I had not yet done any repairs to. 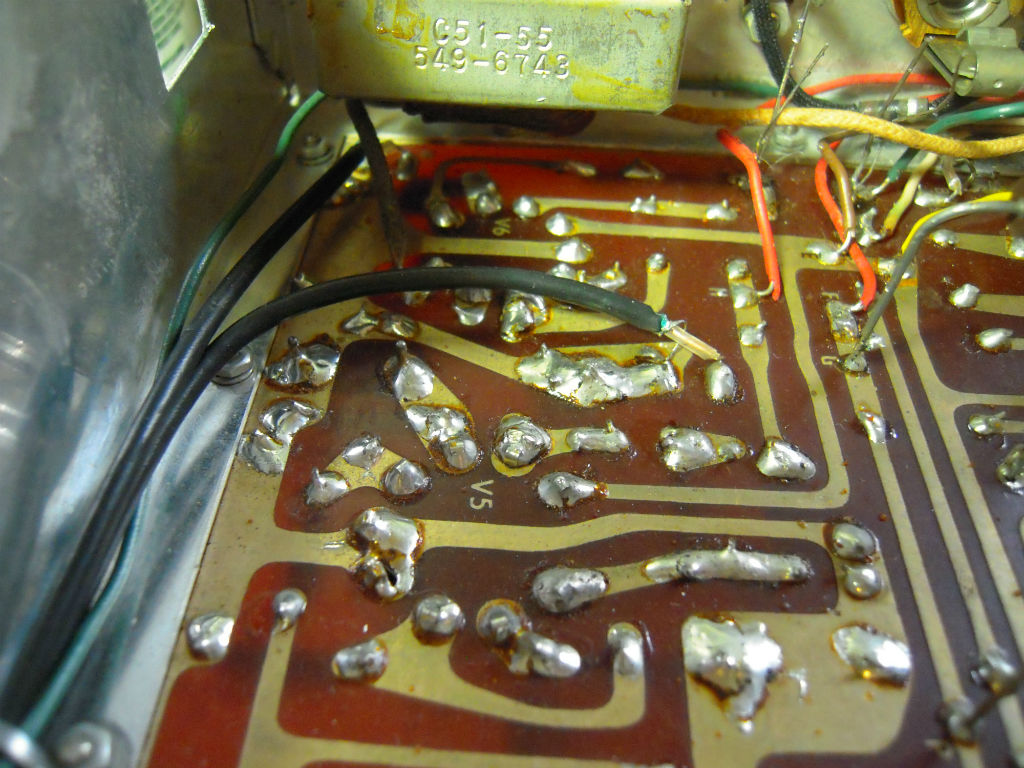 I decided to pull both coax cables off and replace them with some nice teflon cable that I had hanging around surplus. This required me to pull the audio output transformer off of the back of the rig to gain access to the cable ends, but it was all worth it. Once the cables were replaced, power was reapplied, and we had signals! It really receives well, considering that I’ve done no alignment yet. It was late, so I was able to hear signals on 80 and 40 (there was a RTTY contest going on, so not as many CW signals as I would have liked). And today I was able to listen comfortably to 15 meter signals. 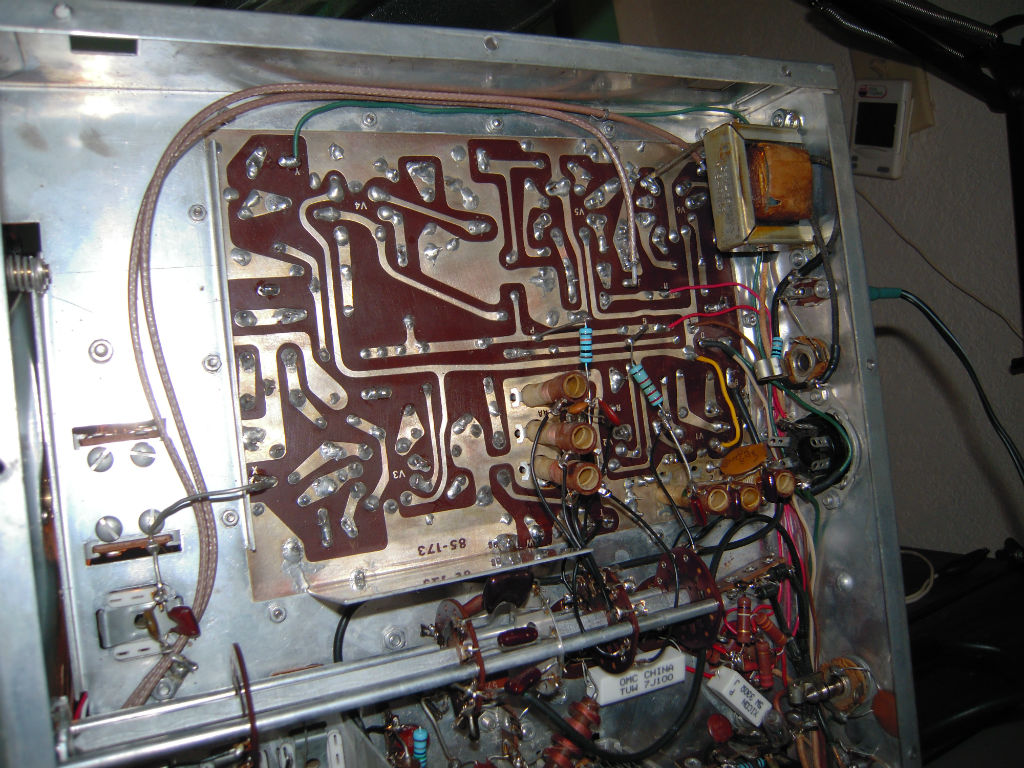 So the next step is to wait for a few crystals to arrive, and then continue with transmit tests. Then an alignment of transmit and receive, and find something to replace the plastic dial, which is still in bad shape. Finally, some body work to the cabinet, and it will be ready to go. 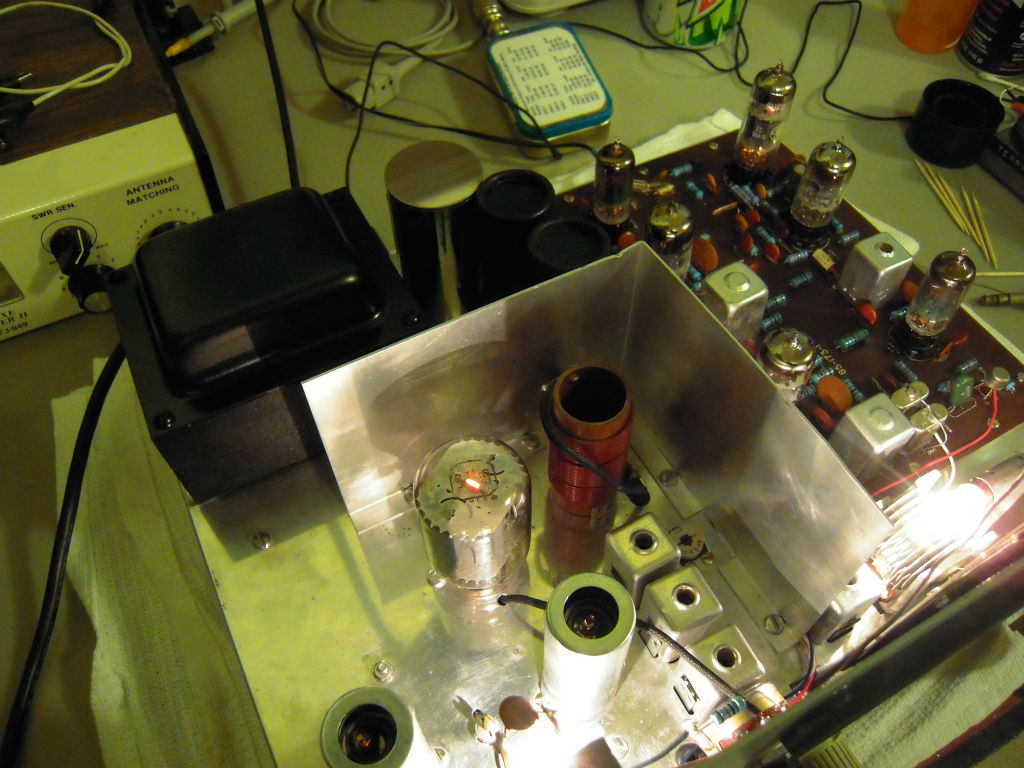