When I bought this HW-16 at the hamfest, I got a great deal on it – Partly because both the RF Gain and the Power Adjustment pots were frozen solid. After getting the rig home, the first thing I tried was some Fader Lube from DeOxit. This was not effective at all. Next, I tried WD-40, letting it soak in over night and attempting to break the controls lose the next day. Again, they would not budge. 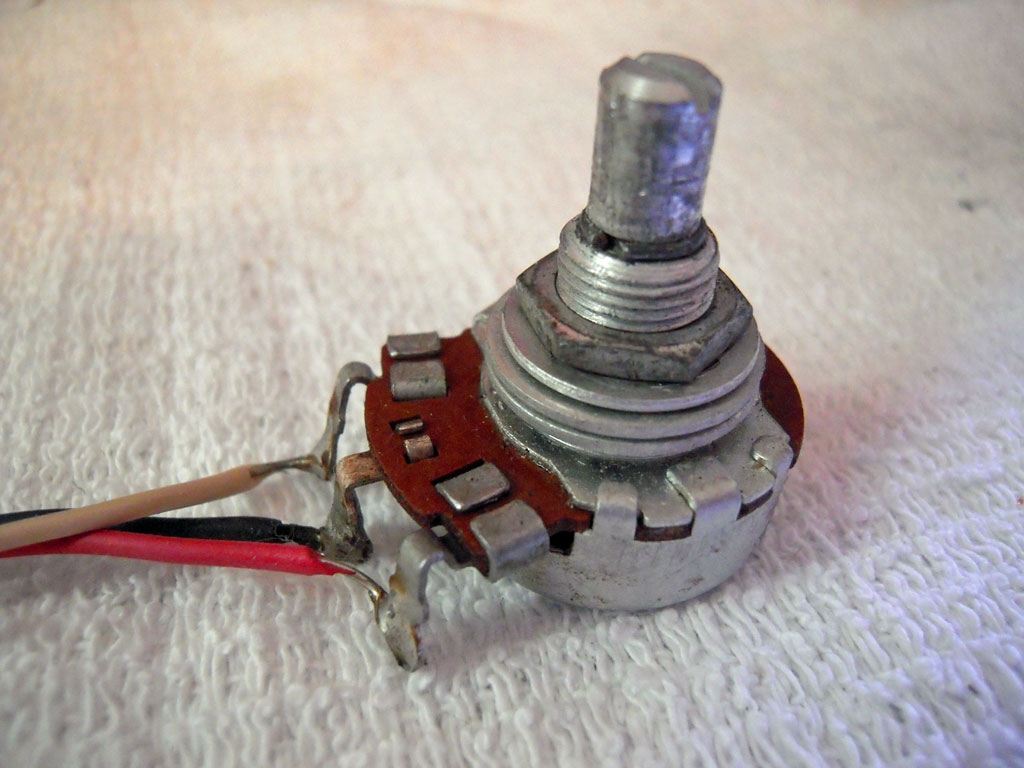 Finally, I decided that I would just replace them. I didn’t realize how difficult it would be to find a 200 ohm linear taper potentiometer new. Eventually, I resorted to rummaging through my stash of old parts that the grandsons had torn out of some old electronic junk that I had laying around. 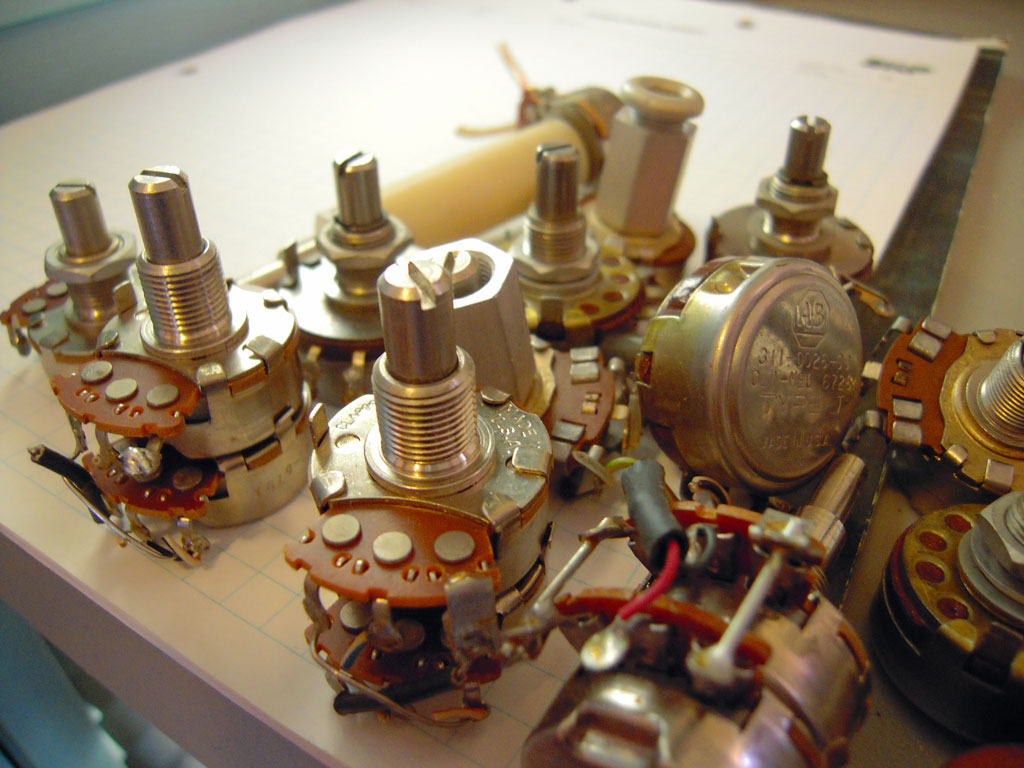 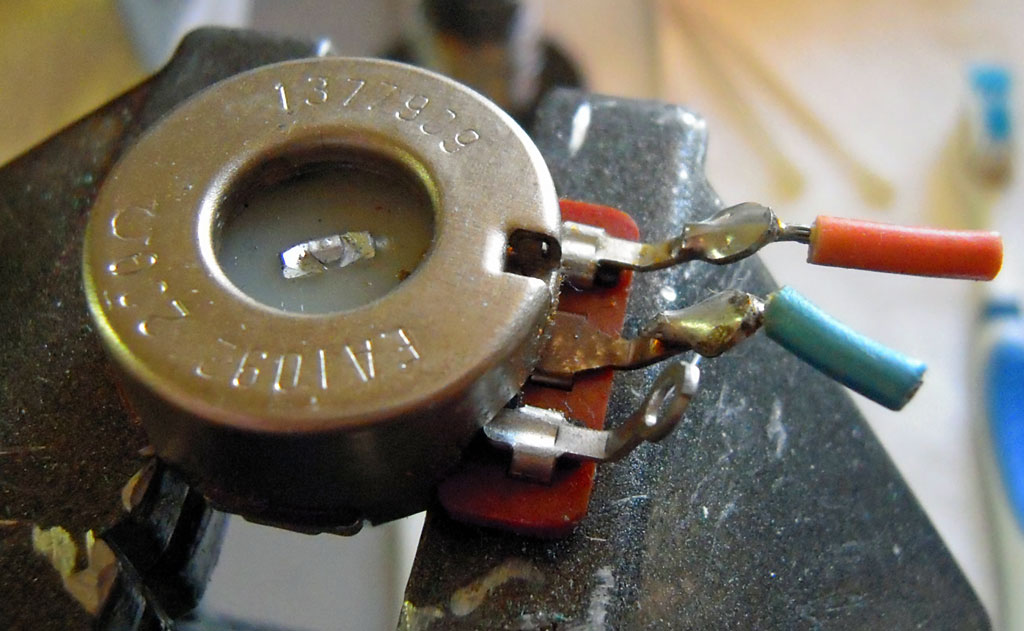 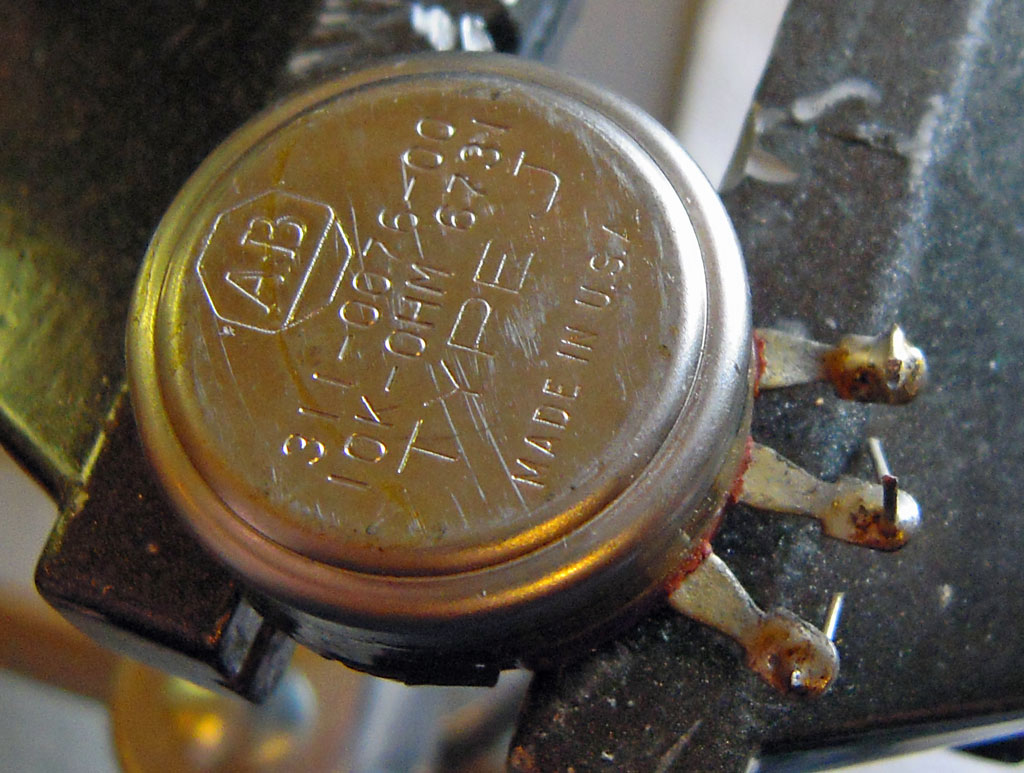 “New” old 10K ohm pot
I soldered new wires the the new pot, and mounted it to the front panel. 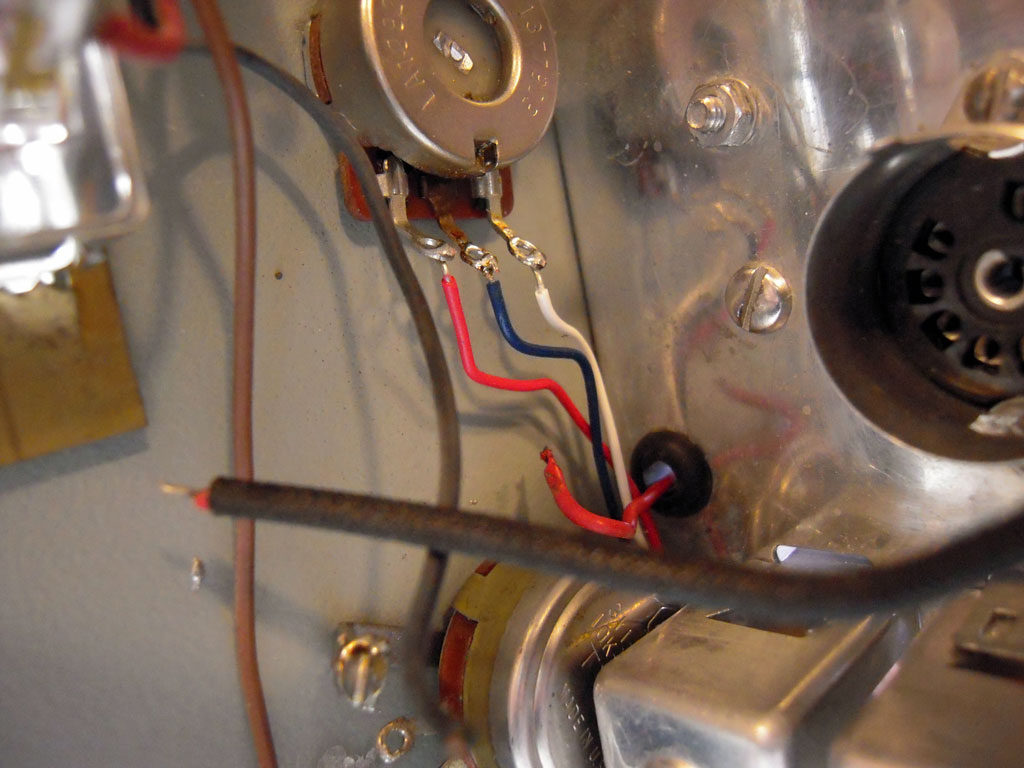 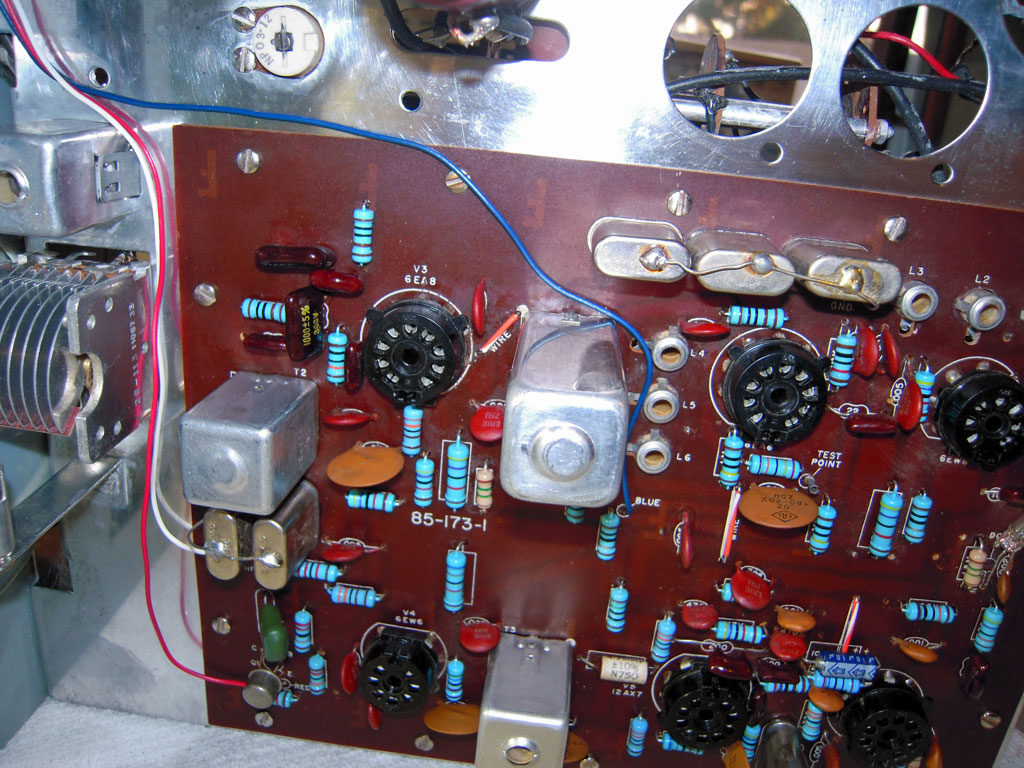 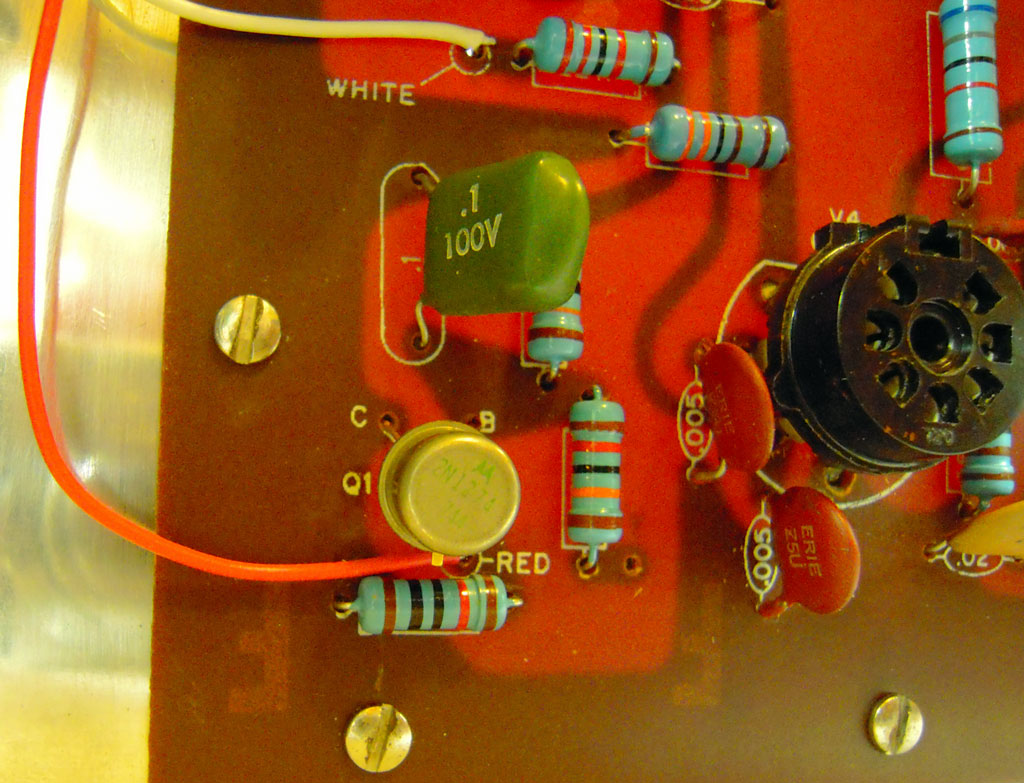 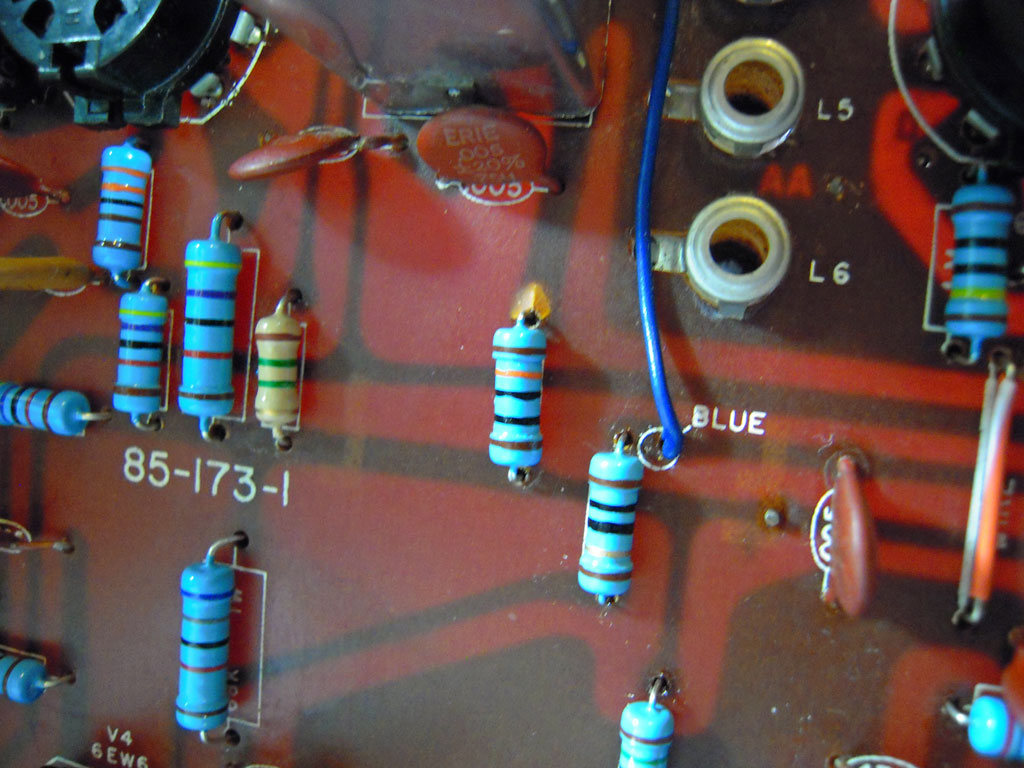 Work will continue on replacing the 10-K Power control potentiometer…