We arrived early to the Superstition Hamfest in Mesa on February 9th. As we were walking down the first row, John (WB0WHO) noticed a nice HG-10b VFO that would make a good match for the HW-16. It was sitting on top of another HW-16, with a price of $100 for both. After playing with the knobs and dials to confirm they were working on both pieces, I offered the gentleman $75 for both. He quickly accepted my offer, and 5 minutes into the hamfest, I had found and purchased what I was after. 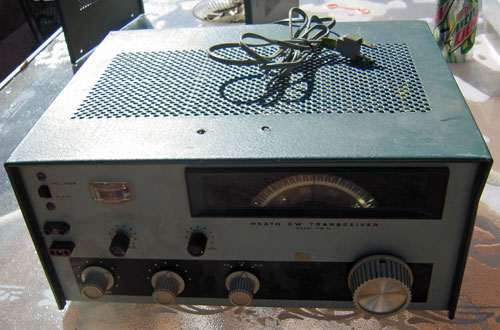 We took our catch home, and did an initial inspection. The bad news was that there were holes in the top of the case that I had not seen at the hamfest. It’s the weird thing about Arizona hamfests… They start before dark and are pretty much over by 10:00 am or so.

The good news was that the tuning dial was intact and working, and all of the HG-10B moving parts were moving. 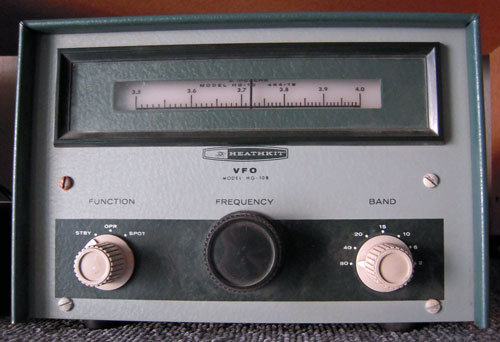 And finally, we found Craig (NV1O) the 2-meter rig he was looking for. I noticed that the same gentleman had a Speed-X straight key on a very heavy base for sale, so I bought that, too. Prices on E-Bay are crazy, so I got a good bargain on this as well. I had been looking for a straight key, but prices had been out of reach for previous ones I had seen. 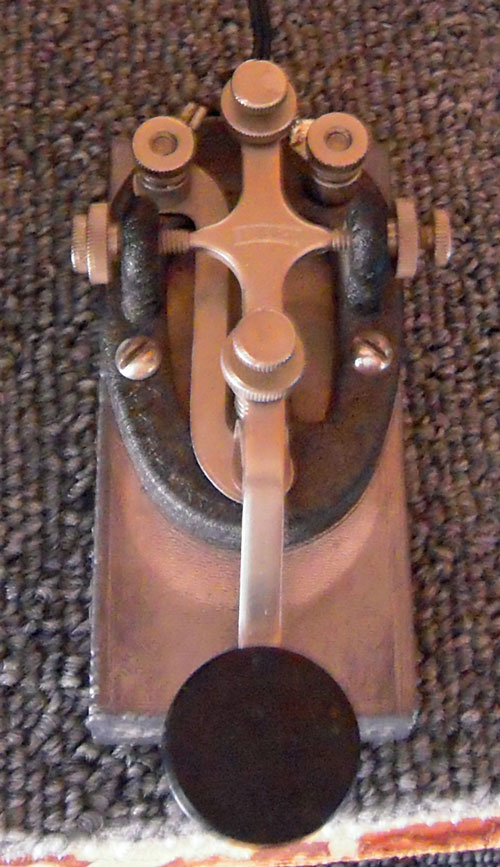 So, all in all, a pretty good day at the hamfest. I will say that I am seeing more boatanchors at reasonable prices in these last two hamfests. Hopefully that trend will continue.