The weekend after the Superstition Hamfest, I took the two HW-16s outside to do an initial cleanup and inspection on them. The first one was a little cleaner overall, with less corrosion. The second had a bit more corrosion, but still not excessive.

I started with a gentle brush cleaning with hot, soapy water. 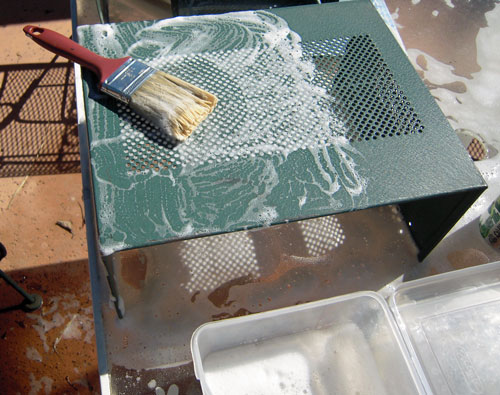 Scrubbing with soap and water

After the covers were relatively clean, I continued to the chassis of the first rig. it started out pretty grungy. 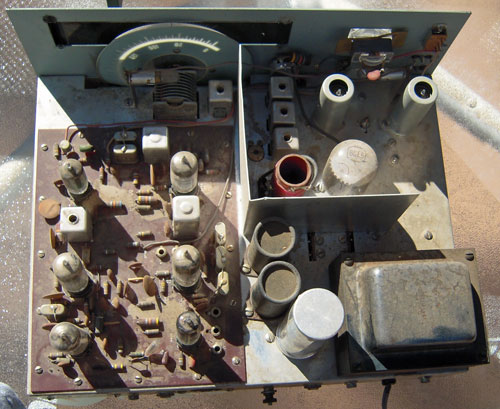 After cleaning, it looked much better. I don’t mind sticking my fingers in there, now. 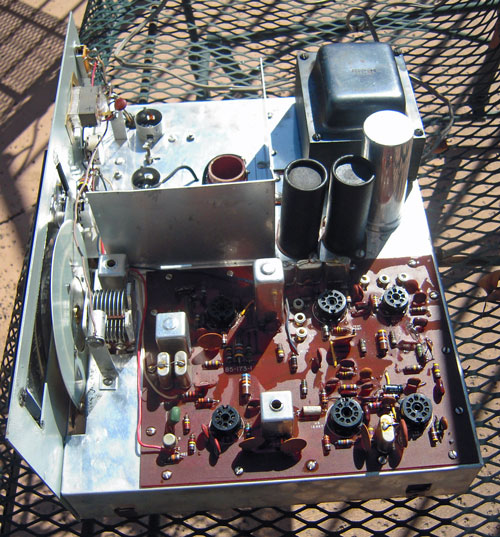 I may have to use naval jelly or some other method to get rid of the little bit of corrosion left, but it looks pretty good as is. 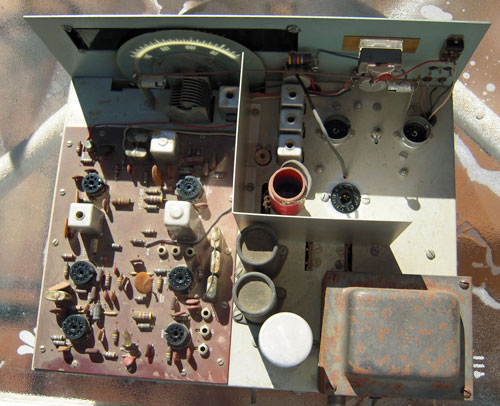 After cleanup, it looks pretty good, too. It has a bit more rust/corrosion on it, though. 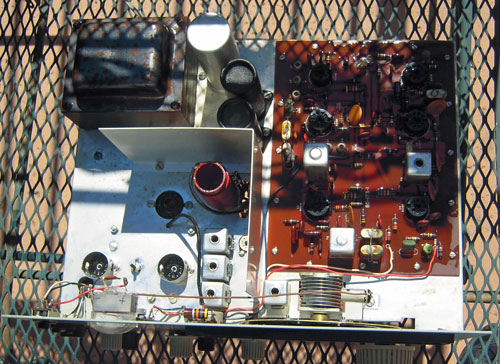 After the chassis’ were scrubbed, I rinsed them off with the hose (on low flow), and put them in the oven at about 160 degrees to bake for about 3 hours. Did you know that when you bake vintage radios, they give off that tube smell? That brought back some memories!

So the next step will be to replace the filter caps in the power supply, and related resistors and other components as necessary.

One Response to “HW-16 Initial Cleaning”