Band 5 on the 8640 Jr covers approximately 13.6 – 31 Mhz. There are now low pass filters configured for this band, but the output of the VFO has similar performance as the low pass filtered output of the other bands. Here is a photo of it’s waveform at the low end of its range. 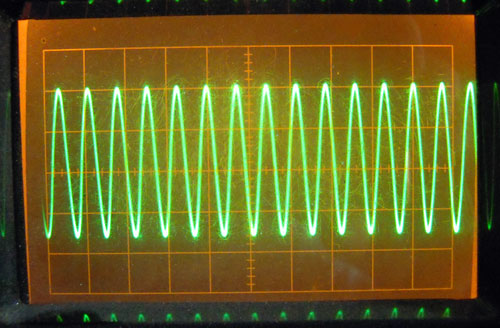 And another of the upper end of its range… 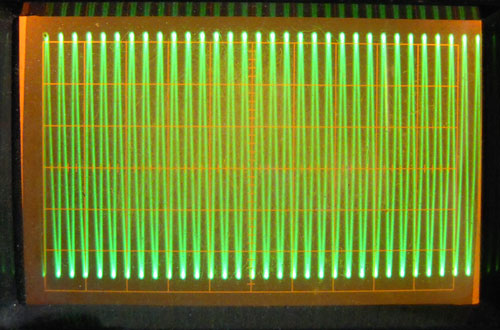 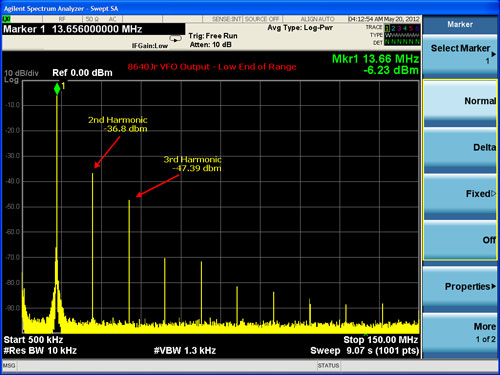 And on the high end of the range, the harmonics are down about 30 db, as well… 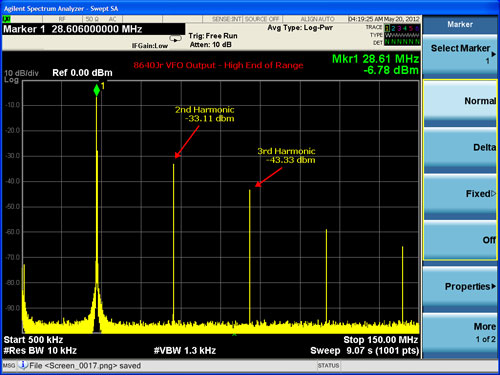 So it looks like if we shoot for around 30 db attenuation of the 3rd harmonic, we should have a pretty good waveform.