There is a little distortion on the waveform of the Band 4 Low Pass Filter Output. The Spectrum Analyzer shows only about 14 db of attenuation on the 3rd harmonic of frequencies near the low end of the Range. This agrees with the predicted results below. 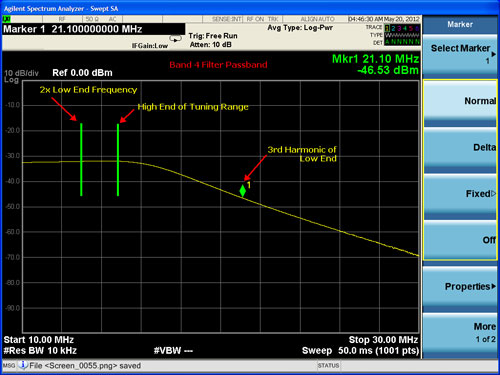 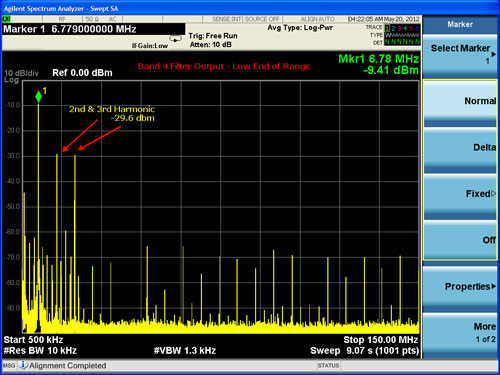 Things look better on the high end of the range, and the waveform looks better there, as well. 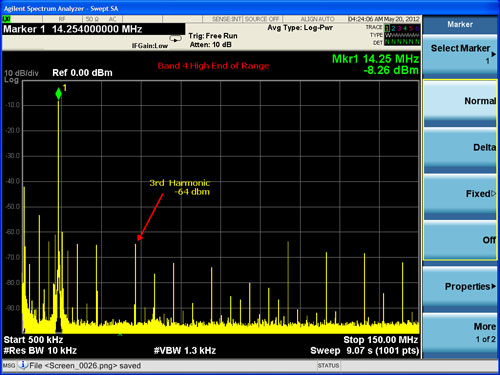 The predicted bandpass is as follows (21 mhz down about 12 db):

Here are the waveforms… For the Low End Frequencies: 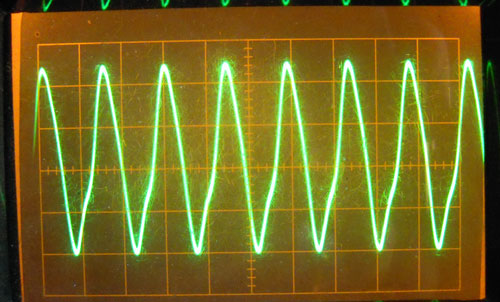 and for the High End… 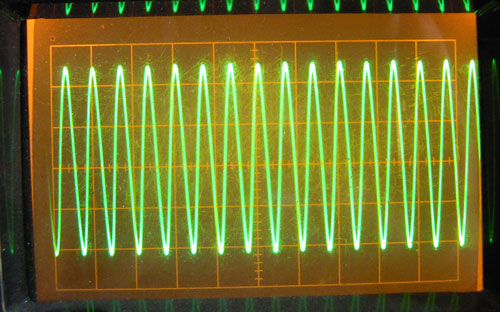