The next project up on the bench is a unique kit from England, the MKARS80 80 meter Single Sideband Transceiver. It was designed and originally kitted by the Milton-Keyens Amarteur Radio Society, and is designed to be something inexpensive but useful for folks to get into building their own rigs. Now kitted by radio-kits, it is probably the most bang for the buck I have seen in a kit in the past couple of decades.

This project is an offshoot of the Bitx-20 transceiver, and follows the same basic scheme. The unique part is that it incorporates a frequency stabilizing scheme called a huff-and-puff circuit. This circuit works by sampling the frequency, and when a slow drift is detected, it feeds a small offset voltage to a voltage variable capacitor to bring the frequency back into range.

In addition, the rig has an LCD display to show operating frequency, battery voltage and huff/puff status. This is all driven by a small PIC microprocessor, which has the source code available, if you want to modify it.

The kit is divided into several small bags of components, with the intention of separating components that are easily mistaken for each other into separate bags. The assembly basically has you install a bunch of components of the same type in one step, to further simplify assembly. The parts are small, and I need magnifying lenses to read the color codes nowdays, but it is one of the easier kits I have seen recently.

With each bag of parts, I typically sort and identify the parts before starting. 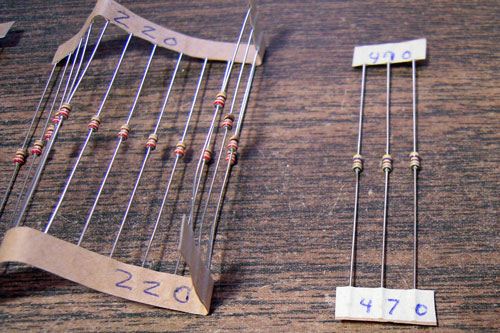 Before the first bag has been populated, the board looks like this… 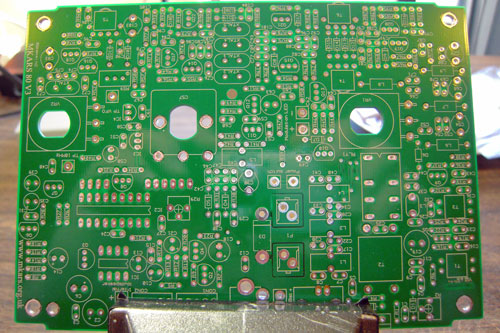 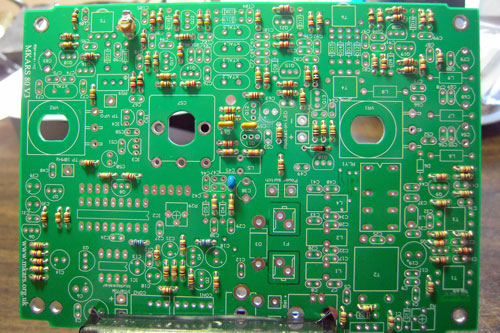 Bag 2 contains mostly ceramic disk capacitors. The board looks like this when finished with bag 2… 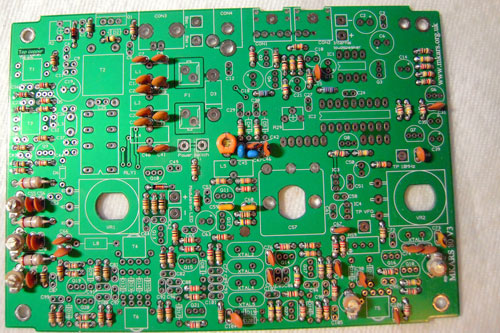 Board after bag 2 populated

That’s all for now. I’ll post again in a few days with progress… 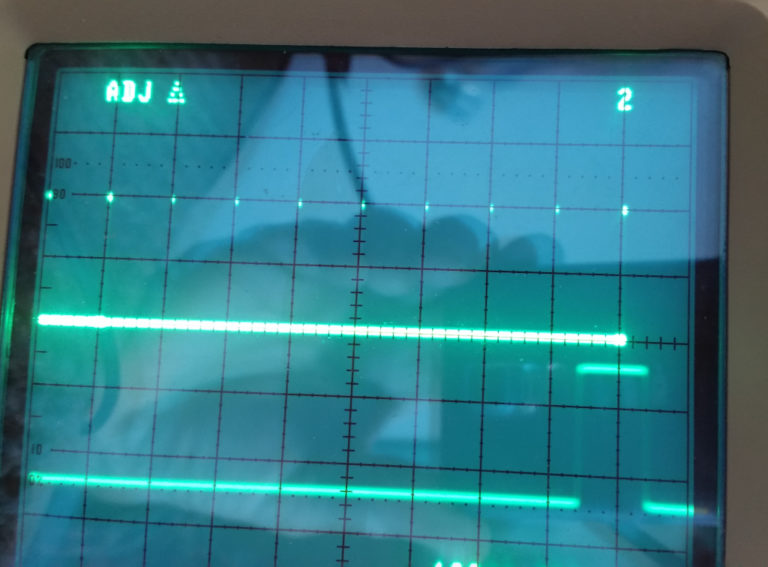 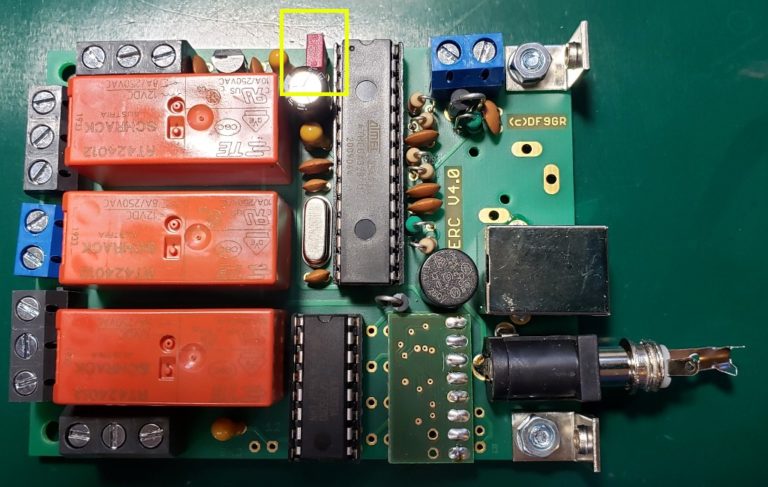