I took the two grandsons up to the Ranch in mid-June to help with construction of the 43′ vertical tilt-over support.

The idea is to be able to easily tilt the vertical down to a “stowed” position before I leave for an extended period of time.
It shouldn’t hurt to have that capability in case of thunderstorms, as well.

Basically, we modified the 4×4 post that the vertical was attached to last year. We now have the vertical attached to a 2×4 pressure treated 8′ board. This board is hinged near the top of the 4×4, so when the vertical is tilted down, it is still above the heads of most of the cattle around the ranch. 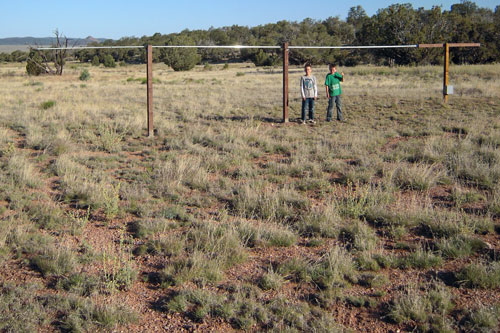 The bottom of the 2×4 also has a bolt that goes through the 4×4 to hold it in an upright position. 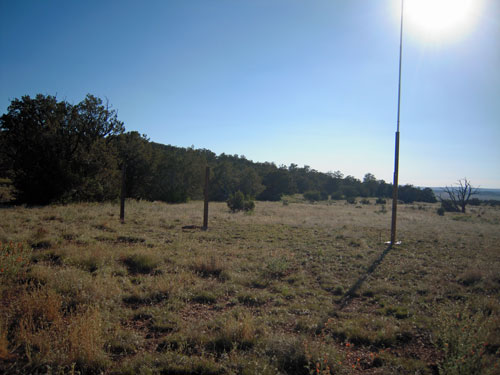 To get to this point, we had to dig two new holes and plant 2 new 4×4 posts to support the vertical in the stowed position. 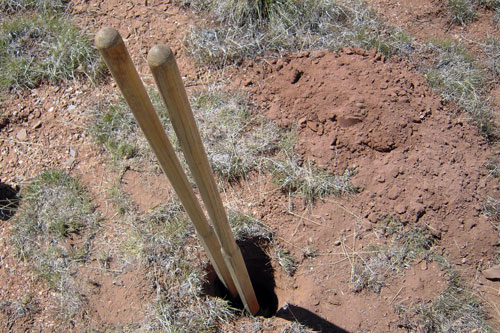 2 Responses to “Tilt-Over Support for 43′ Vertical”