When I was about 11 or 12 years old, I had developed a pretty intense interest in radios.  Shortwave and Ham Radio were at the top, but pretty much any radio communications was just too cool to ignore.

I came across this site today that brought back some early memories of those interests.  The site has most of the old Radio Shack catalogs from when I was growing up.

Anyway, probably the first electronic kit I ever built was the RadioShack P-Box Regenerative Receiver.  I remember winding different coils to hook into the clip springs to make it tune all over the shortwave spectrum. 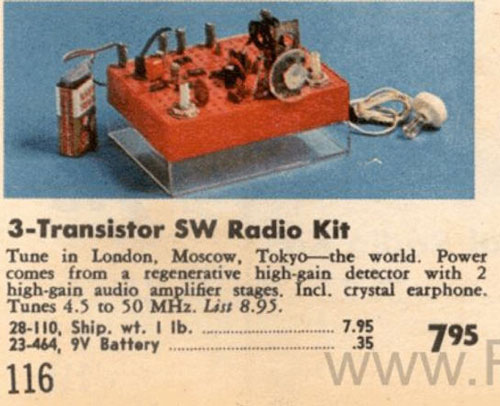 There were several others that I built, including the 1-tube receiver, which took a 22 volt battery. 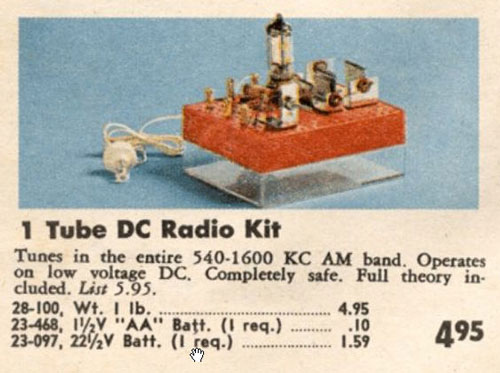 Here is the original P-Box clipping, explaining how the system worked.