In July of 1981, Mom gave me a nice birthday gift. A Kenwood TR-7800 2-meter mobile rig.  It had 25 watts out, and a synthesizer to eliminate the need for crystals.  There was no tone board installed, but you really didn’t need one in the midwest back then, as few of the repeaters had tone access.

It was nice to have the touchtone pad on the front.  It allowed for direct frequency entry and for using the telephone autopatch that was installed on some of the repeaters.  That’s what we used before everyone had cellphones.  I remember dialing up a number, and having to tell the people on the other end right away that we were on the radio, so they would not say something inappropriate over the air.

I still have the rig.  It is mounted in my Nissan Frontier behind the seat, and is used as an APRS transmitter when I remember to turn it on. 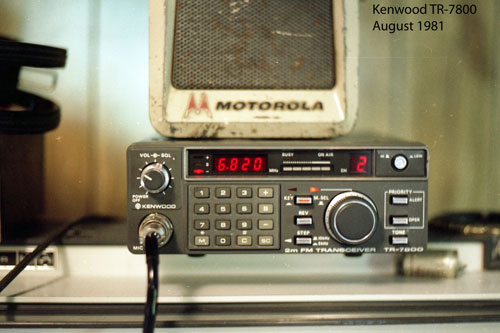