Next, I wired the Unun back into the matching network.  Again, hooking the 220 ohm resistor across the output, I measured the input: Nearly ZERO ohms!  (This was with the relays de-energized, so the coils were out of the circuit.

So I suspected either the caps between the input and the Unun, or the choke for the relay power.  I disconnected both, and temporarily hooked up only the caps on the input to the Unun.  Aha! back to very close to 50 ohms through the caps to the low side of the Unun.  That means the caps are not the problem. 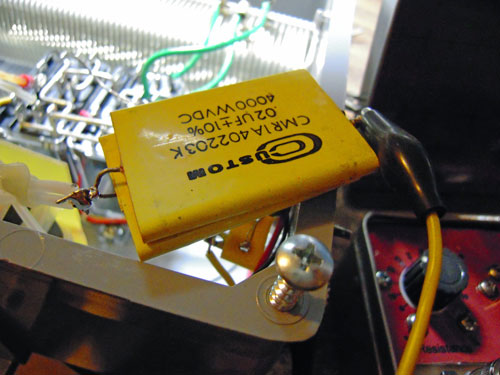 Testing the Isolation Capacitors on the input to the Unun 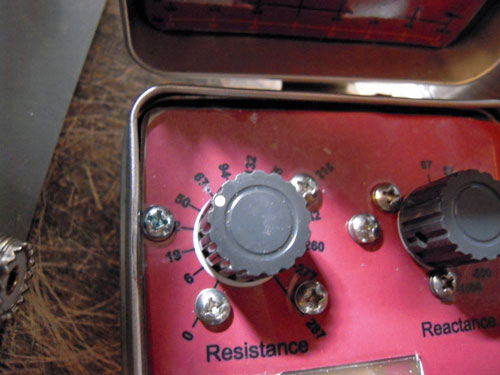 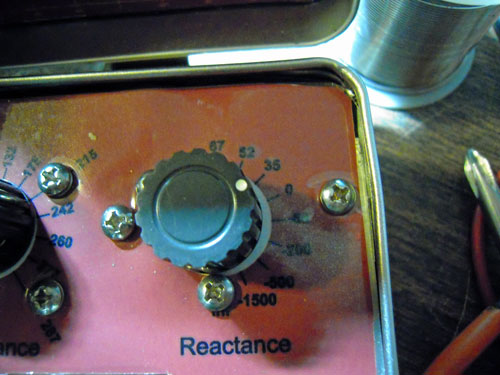 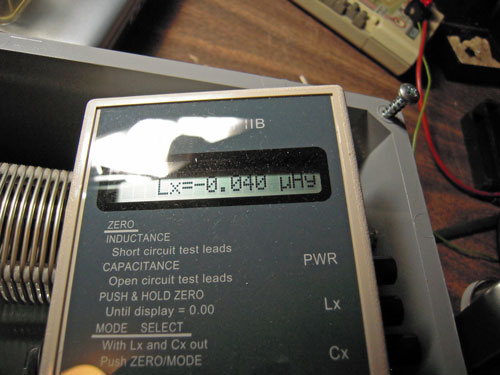 So I suspect that when the wiring was incorrect, and we transmitted into it, the choke took the brunt of the 10 watts we were using to tune up.  It probably heated up and melted the enamal coating, shorting the wire turns together. 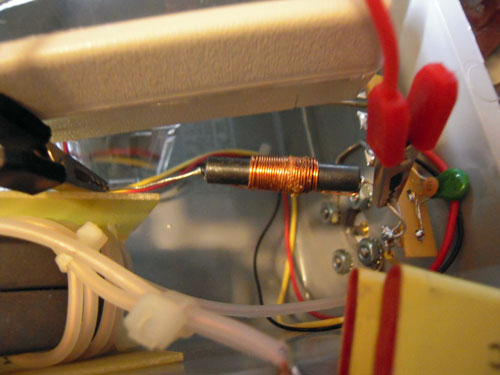 So the next step will be to replace the choke, and make some more readings, eventually energizing the relays and using the noise bridge to determine a starting point for the taps on the coils on 160 and 80 meters.