We had some trouble getting the 43′ vertical matching network working at Field Day.  With primitive tools and workspace, we did what debugging we could at the time, and determined that it was miswired.  I must have left it that way and forget where I was in the project at some point.  Anyway, Don, W9BHI found our blog and mentioned that the pictures showed that it was incorrectly wired.

I haven’t dug the matching network back out yet, but here are two pictures of the last state we were in before we finally removed and used the Unun standalone with the vertical for 40 – 6 meters for the rest of Field Day. 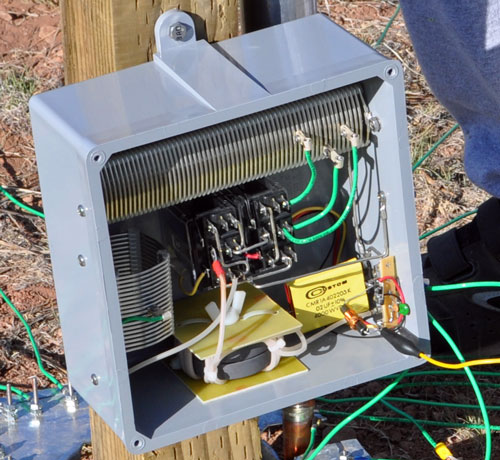 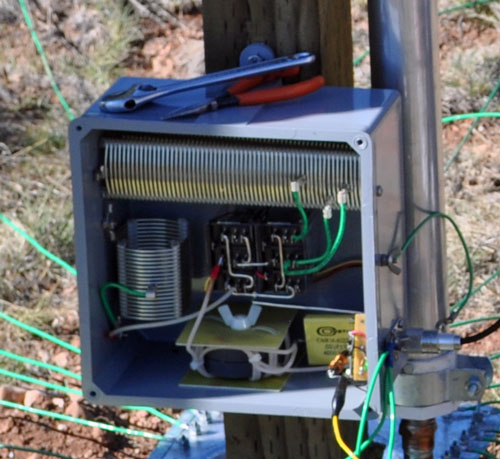 I believe it was wired correctly at this point, but there was obviously something still wrong, as it still wouldn’t even load up on 40 – 6 meters in this state.

They aren’t very clear pictures, but comparing them to pictures of Don’s box, they look electrically the same for the RF part of the circuit.  Maybe someone else can spot a difference.  At this point, I’m still leaning toward the blocking capacitors being “weird” at HF. 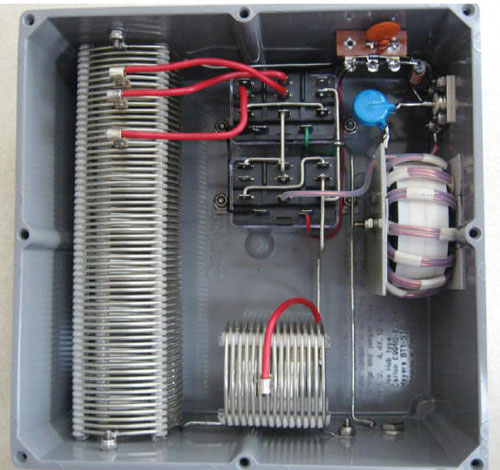