For Field Day this year, we had 3 members to our group.  John (WB0WHO), Ken (KF7FAM) and Randy (WB0SMX).  We needed to finish up the installation of the 43′ vertical that we hoped would complement the operation of the 135′ doublet that we used last year.

We brought along the 80/160 meter matching network and installed it at the base of the vertical. 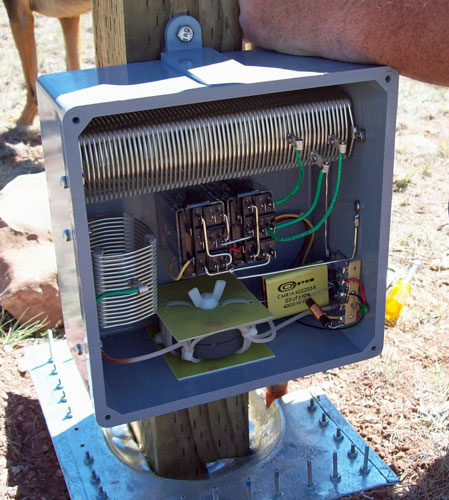 Ken and John measured out about 36 radials, each 40′ long for the ground plane. 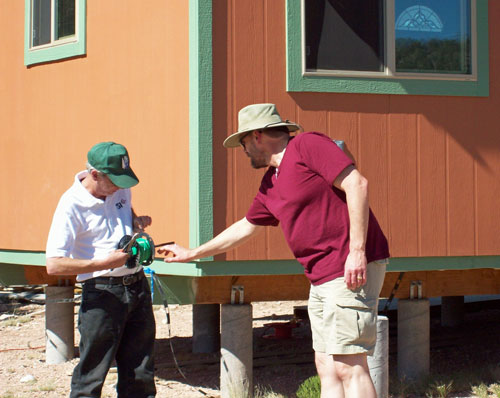 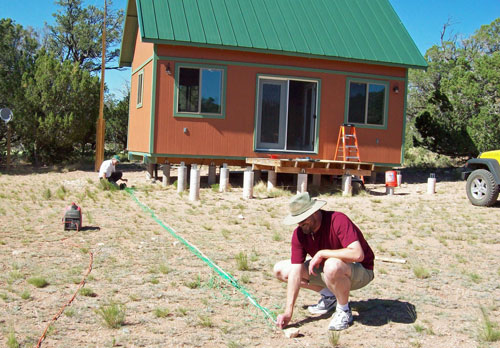 Next, we needed to terminate the 150′ of LMR-400DB Direct Burial coax.  This coax has a little better loss characteristics than the typical RG-8, and can be buried underground without a conduit.  It has the sticky waterproof gel inside that you sometimes see in direct burial telephone cable.  We used gasoline to clean it off of the ends (be careful!). 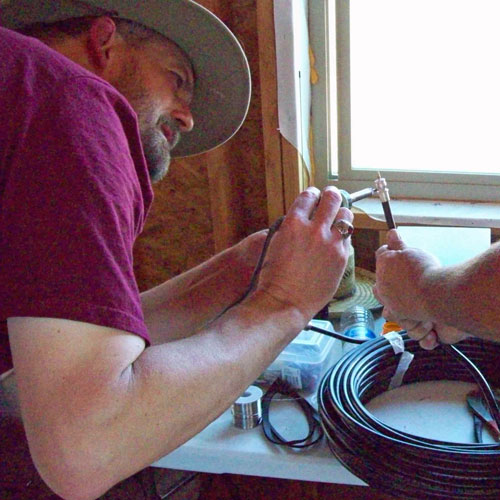 It was a challenge untangling all of the radials from one another.  We found the best way for us was to pull a single radial from the bundle each time. As this was a temporary installation, we used a couple of  extention cord reels to store the radials when we packed it back up.  Each radial was wound on the winder, then connected in series to the next radial with some #6 screws and nuts.  This left them as two very long pieces that should not get tangled up when we unwind them next time.

With the radials installed, it was time for our first set of tests. 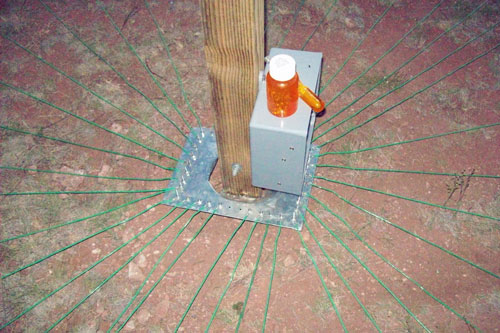