I was thinking of getting one of the fancy Antenna Analyzers to help out with my 43′ vertical project at the Ranch.  But the cost of the analyzer would easily exceed the cost of the vertical, and most any other antenna I might build in the near future.

So I decided to go old school on this one, and build the poor man’s version of the antenna analyzer.  Using this with a receiver, you can determine fairly well what the Resistive and Reactive impedance of your antenna is at any given frequency.  The best part is that it was built almost entirely from junk box parts.

I’m not saying that I won’t get a fancy antenna analyzer in the future, but I think this will work for me for now. 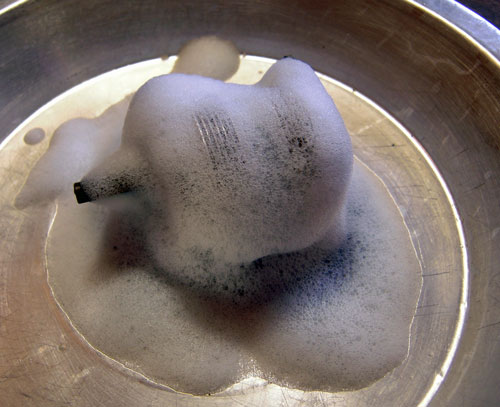 The first step was to find a suitable capacitor for the reactance part of the noise bridge.  I had some of the plastic varicons that are used in cheap radios, but the articles that I read about this device said that this should be a high quality component.  Digging through the junk box, I found a 365pf variable that was pretty dirty, but had reasonably smooth tuning.

I started out by spraying it off with brake cleaner to get the accumulated grease off of it.  This was followed up by a bathroom spray-foam that seemed to clean up the aluminum pretty good. 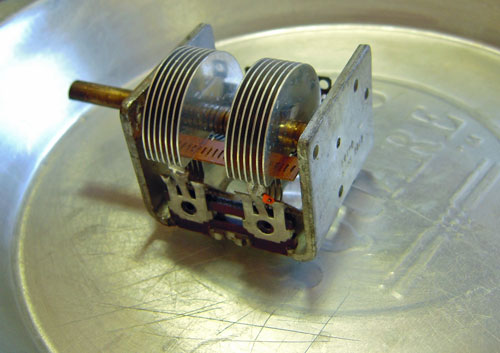 I used a little 3-in-1 oil on the bearings, and it seemed pretty good overall.

Next, I found a few 250 ohm variable potentiometers from an old o’scope that the grandkids were glad to take apart for me.  A couple of BNC connectors rounded out the major components.  Here they are mounted on a piece of unetched circuit board that the circuits will be built up on. Note that I later found that I needed to extend the pot away from the circuit board to reduce stray capacitance, so this is not the final configuration.  But the holes are in the right spots… 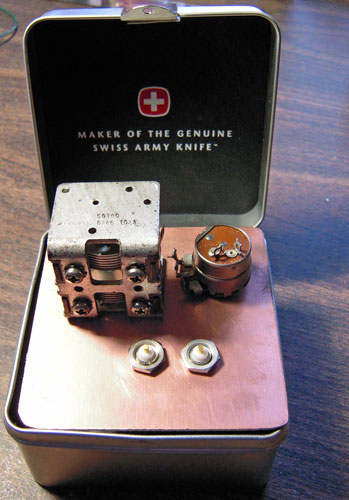 So the “front” view looked like this at this point.  The resistive part of the bridge on the left, the reactive part on the right.  The unknown impedance (antenna) goes in the left BNC, and the receiver goes in the right. 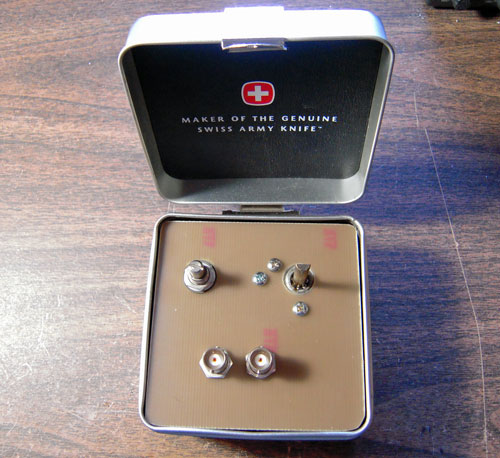