Next on the list for the 43′ vertical project was the base matching network, to allow reasonable matching to the rig on all bands from 160 meters through 6 meters… 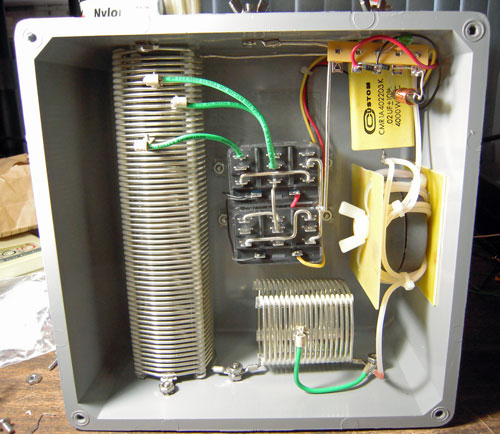 I started by mounting the 4:1 Unun from MFJ on a fiberglass plate, to give it good high voltage characteristics.  This Unun is at a very high impedance point on 160 meters, so develops some very high voltages (up to 5000 volts or more, depending on power levels).

The Unun was attached with a 1/4″ x 20 screw through both boards, forming a sandwich.  It is used to drop the high impedance down to a more manageable level on the ham bands.  It basically divides the impedance at the antenna by 4. 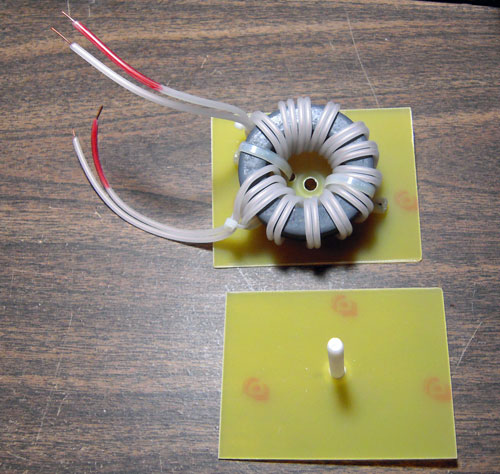 Because the coil needs to be about 46 uh, it is too long to fit all in one piece.  So it is cut in two sections and mounted seperately.  By putting the two sections in series, the inductances still add up.  There is about 54 uh total to work with… 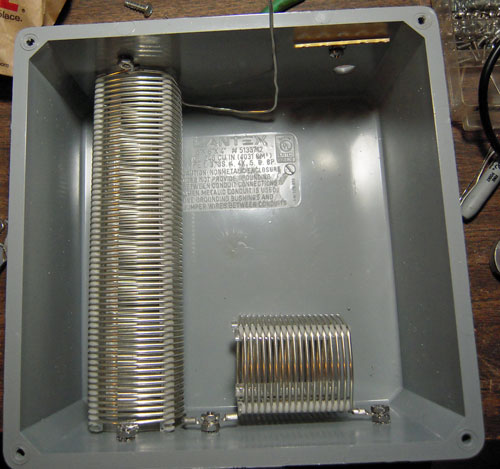 I found a couple of really cool high voltage capacitors at Apache Reclamation.  Each is 0.02 uf, for a total of 0.04 uf.  AD5X recommends 3 0.01 uf , 3KV capacitors in parallel to handle full legal power.  I think the two that I have will work OK.  They have a big plate area to dissipate any heat generated in losses.
The caps are mounted in the top right, with the Unun mounted on the right side, and the two relays mounted in the middle. 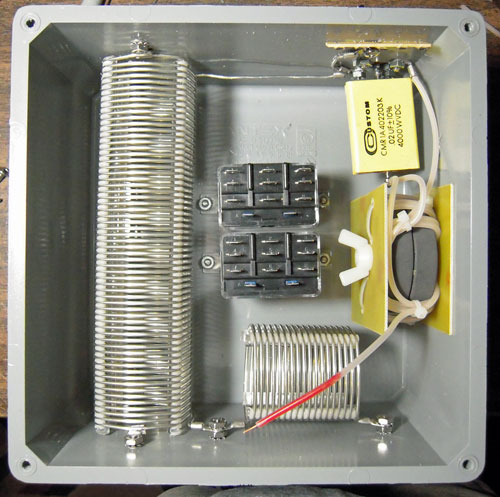 The wiring is now substantially done, with the bias-T components on the terminal strip, and all of the RF wires run to the connectors and relays.

Next, I need to build the shack end of the bias-T to provide power through the coax to pull the relays in.

Here are the circuit diagrams in the various modes.
First is the 60-6 meter configuration: 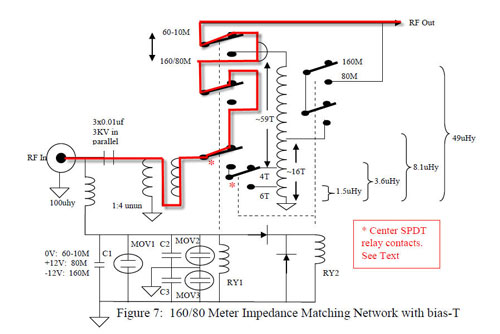 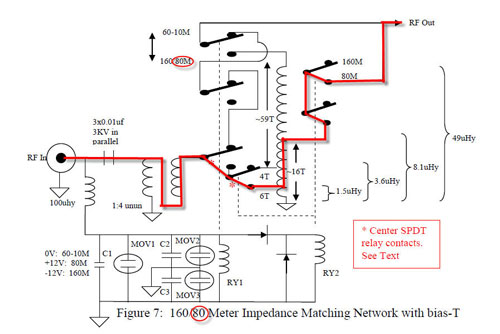 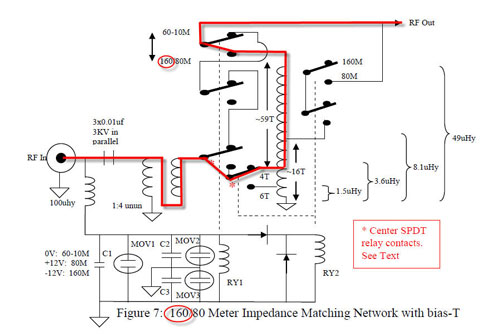