When I arrived on Friday, I got out the post hole digger and dug a hole about 2 feet deep. The post was set into the hole and prepared for cement. The radial plate was attached to fix the height above ground level. 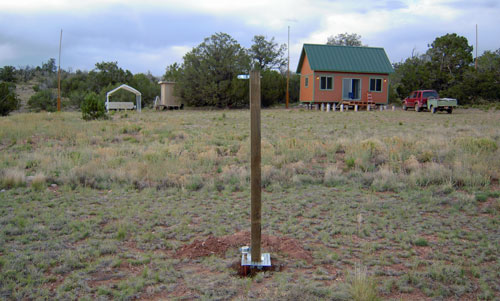 The post was leveled on Saturday, and cement was mixed and poured into the hole.  Only one 60 lb. bag was used, as this was a pretty small hole. 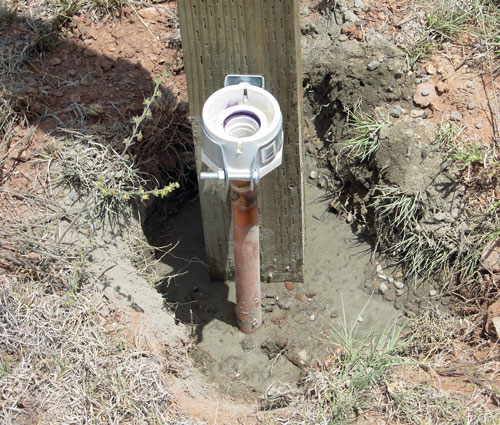 After the cement dried for several hours, the remaining few inches were filled with dirt from the hole.  This was done to facilitate moving the antenna to a different location at some point.  I could just cut off the post below ground level and not have to worry about removing the cement portion. 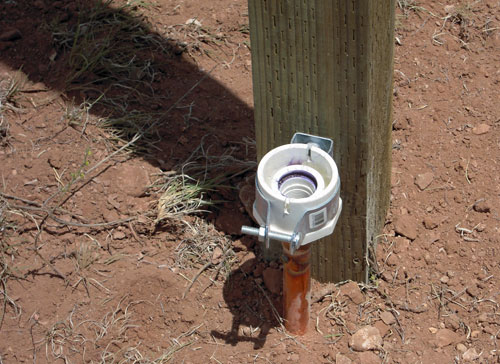 I wanted to be able to telescope the tubing sections up and down, so that the antenna could be easily lowered when we were not up at the ranch using it. But when I started sliding the tubing sections together, the second and third sections became stuck so bad that I was unable to disconnect them after several hours of working on it.
I tried heating up a couple of feet of the outer tube with a torch, to no avail.  I tried pouring cool water down the inner tube… No luck.  I tried WD-40, pliers, and brute force, but was never able to get them to loosen.  Finally I just drove them together to their connection point and left them like that.
I don’t know why they stuck.  Maybe they had some dirt or grit inside, or maybe one was slightly bent or dinged.  At any rate, if I want it to come down now, I have to completely remove it from the post.  Bummer… 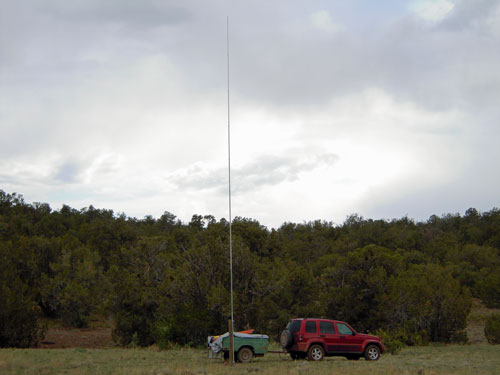 And one final view of the antenna against the rainy sky (It rained on me almost all day!) 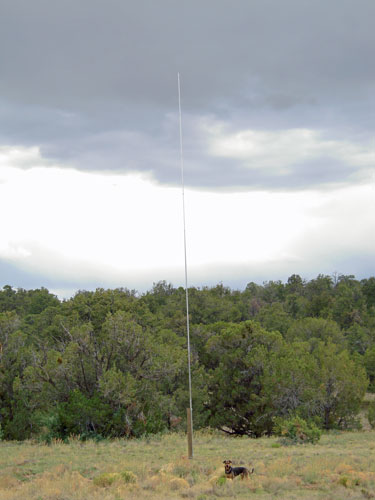