I used Visio to create a front panel image for the MMR-40.  I did a rough drawing first with the holes in the approximately correct places, then printed it several times on my laser printer.  By making slight adjustments each time, I ended up with a panel overlay that should fit pretty good (With 4 colors to choose from!). The idea of the design was to put black lines around the cutouts and holes, so that if the holes were cut a little crooked, it wouldn’t show up as much.  I changed my mind later, but it might still be a valid thought in some situations. 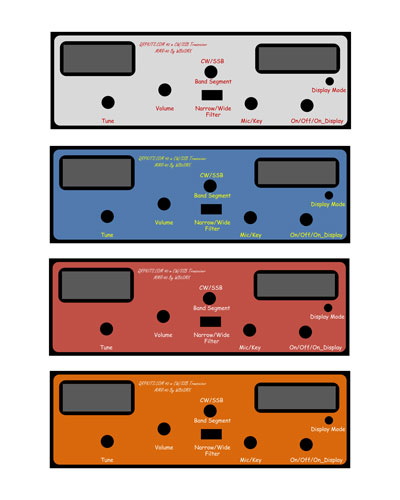 These were carried over to Staples Office Supply in the same shopping center.  They provide lamination services, but the clerk wasn’t certain it would work.  She ran one copy through, and sure enough, there were problems.  Apparently the type of ink that Walmart uses in their 1-hour printing service is wax based.  When the photo was run through the laminating machine, the heat from the machine melted some of the ink.  This was especially noticeable on the straight lines around the cutouts.  So heat based lamination is not the answer… So first, I tried cutting out the holes from the photos.  It’s really difficult to cut out large holes cleanly. To apply the lamination, you treat it kind of like putting laminate on a countertop.  You peal it back part way, then press the photo onto the sticky part, smoothing it out as you slowly work down the page. 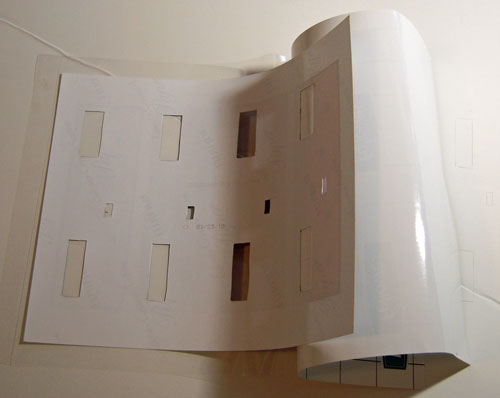 I followed this up by applying laminate to the back side, as well.  That might work for some projects, but in the end, I decided that things work out better with just the front side laminated.

Next, I cut out the individual panels to make them easier to work with. 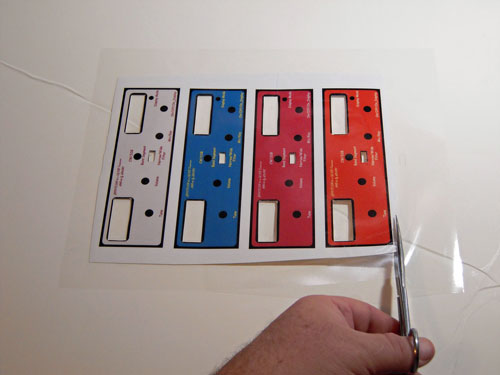 Once the panels were trimmed, I used a hole punch to punch out the 1/4″ holes for all of the controls.  I later got a normal hand paper punch for this job, and it’s a little easier to use. 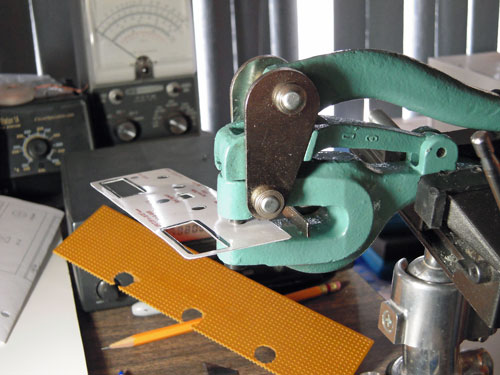 Notice that the black of the holes shows up on the outside of the holes a little bit.  Again, I later went to a design that did not use the black around the cutouts. 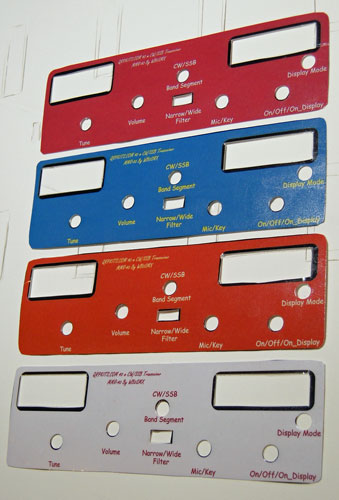