While I was working on assembling the MMR40 into its chassis, I ran across a couple of problems.

After I hooked up the antenna connector jumper from the SO-239 on the back of the chassis to the BNC connector on the board, I did a quick check of power out.  What’s this??? No Power?? How can that be??? 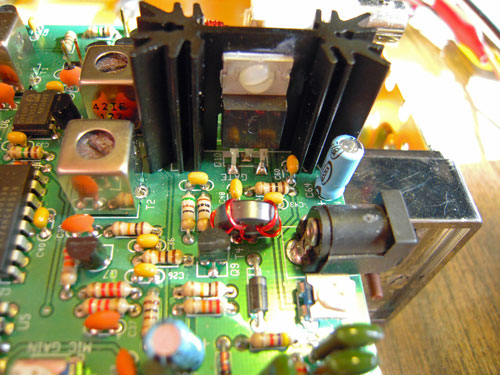 So I started thinking about what had changed…

After checking all of this, I still had no power out.  So next, I dug out the scope and meter.

So it looked like I was missing drive from Q9 to Q10. 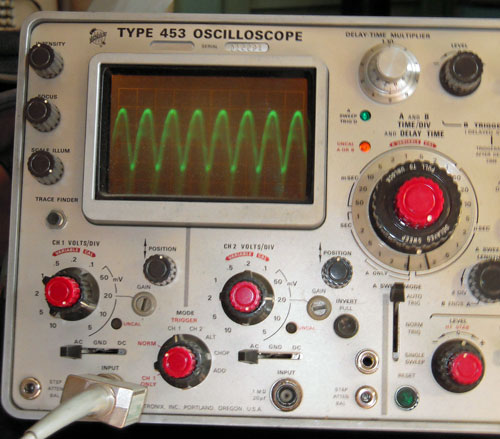 Q9 Emitter had a similar waveform: 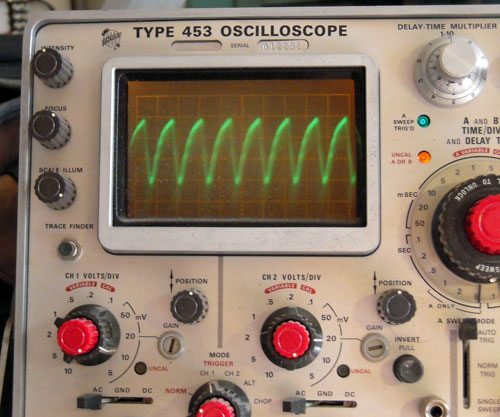 Q9 collector had a strong signal into the transformer (about 40 vpp): 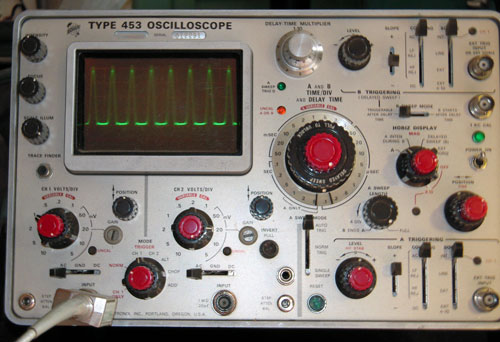 When I checked the output of C48, I saw a very small signal (< 1 vpp).  At this point it appeared that I may have had a bad solder joint, so I took the board out of its case, and resoldered the connections in that part of the circuit.  Upon reassembly, I had the full 5 watts out.

Here is the Gate of Q10 when working correctly: 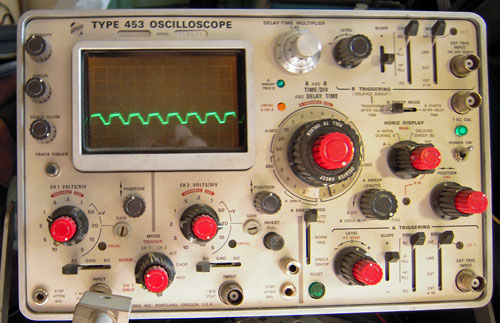 And the Q10 collector output into the transformer: 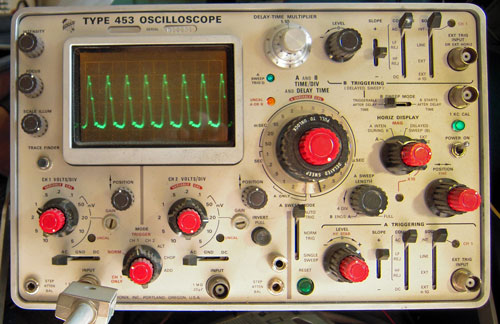 And finally, the output from the antenna connector to a 50 ohm load: 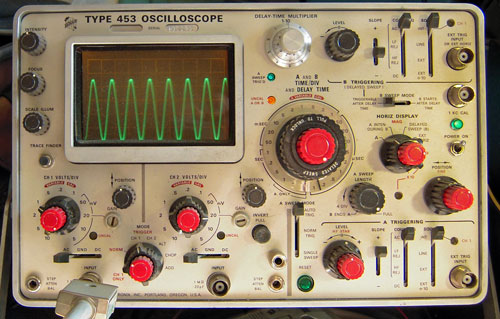