When I initially constructed the MMR40, I was going to use the original case.  So I put the band range switch on the bottom of the board to accommodate that.  Well with switching to the new case, I decided that I needed to move the switch to the front panel.Â  This had an unfortunate side effect.  It seems that the stray capacitance from the few inches of wire used to connect the new switch is enough to shift the VFO frequency down about17 kc. 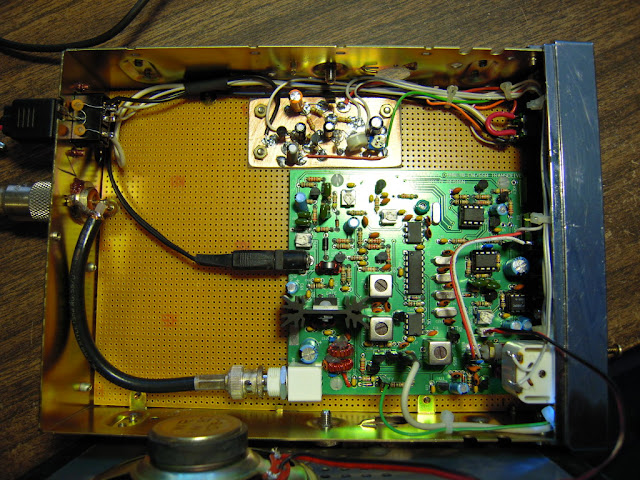 To rectify this problem, I pulled 1 turn off of the L2 toroid of the VFO circuit. 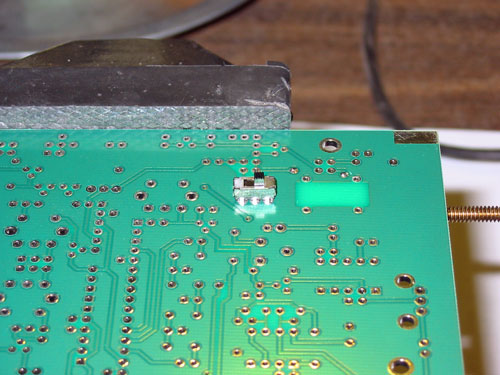 This shifted the VFO frequency up, and caused the rig’s final frequency to shift down.  So I now cover 7010 to 7147 kc in CW range, and 7126 to 7258 kc in SSB range.Â  I gave up some spectrum at the top, and gained some at the bottom.  I guess that’s OK, as 5 watts is a lot better using CW than it is using voice.  The Blue/White cable is the connection to the new switch. 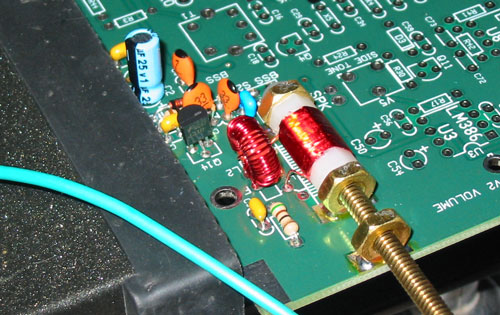 MMR40 Mounted in the chassis

Large picture of band switch installation. I had a question about this, and found this higher res photo of how I wired the band switch. It looks like I wired the switch across the two terminals directly above the “S2” indicator on the silkscreen. I don’t remember why the wire colors are different here, but this looks like the connection… 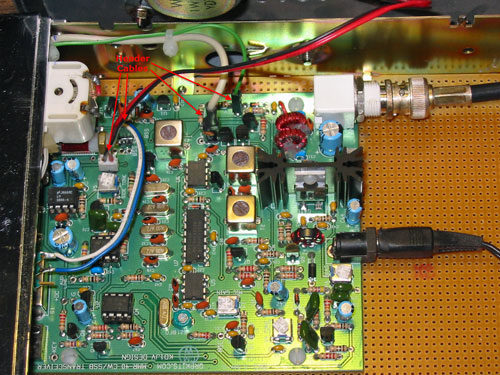 3 Responses to “Another MMR40 fix”