One of the members of the MMR40 Yahoo Group is having difficulty getting his MMR40 PTO to oscillate.
We had worked out how to wind the L2 coil, based on the pads of the Homebrew version being different than the pads of the Kit version.

Here is how I think the feedback winding needs to be connected for the homebrew version: 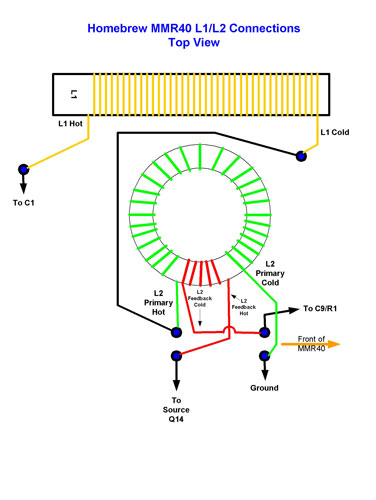 As opposed to the way L2 is connected for the Kit version of the PCB: 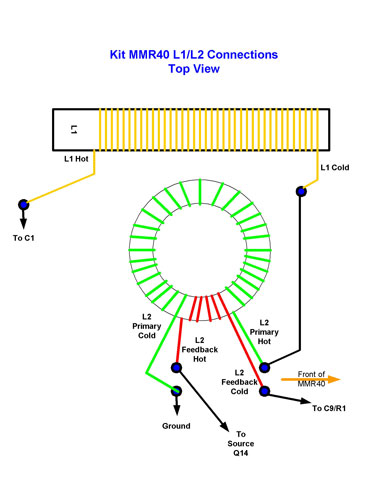 The thing to watch is that the windings have a hot end and a cold end. If you start at the hot end of a winding, the other end is obviously the cold end. If you connect a second coil in series, off of the cold end of the first, as we do here, That point is the hot end of the second coil.

So, while a properly wound L2 in the Kit will just drop straight into the holes in the Kit PCB, the pattern for the Homebrew version forces you to cross the leads of the feedback winding to keep it in phase. If the feedback is out of phase, it is providing negative feedback, which does not make a good oscillator!