The first Mixer is used to develop the 10 MHz IF in receive, or the 7 MHz final frequency in transmit. 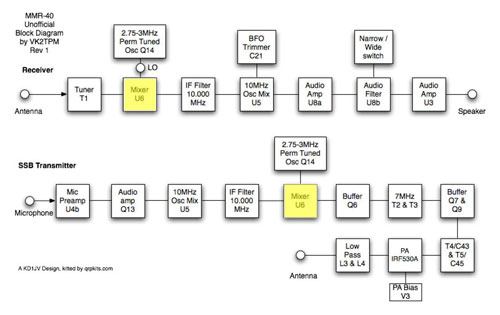 The first mixer in the MMR40 is a SA612 double-balanced mixer. The datasheet can be downloaded from the Phillips Site. 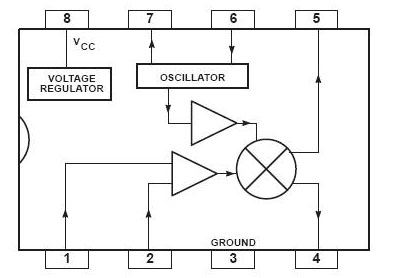 The 5 volts VCC voltage is supplied by U2, a 7805 3-terminal regulator. U2 also supplies the other SA612 mixer further down the line.

The PTO oscillator is coupled via dc blocking capacitor C6 to pin 6. C6 and C23 form a voltage divider that allows us to apply about 17% of the signal from the PTO to U6 pin 6 (maybe 15% when you take into account the 20K impedance of U6-6 in parallel with the 22pf cap. The datasheet states that the oscillator should be between 200mv and 300mv.

When the 40-meter (~ 7 MHz) input mixes with the PTO oscillator (~ 3 MHz), the mixer chip outputs the difference frequency (~ 4 MHz) and the sum frequency (~ 10 MHz). The sum frequency is the one that ends up getting used as the 10 MHz receive intermediate frequency. This signal is output from pin 4 to the analog switch U7b, which eventually feeds the 10mhz crystal filter to remove the unwanted frequencies. 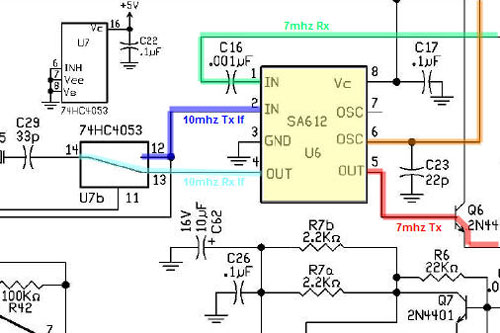 On transmit, the 10mhz transmit IF signal out of the crystal filter is fed to pin 2 of the mixer from U7b, pin 12. After mixing with the 3 MHz PTO, the resulting sum and difference frequencies are output from pin 5. Transistor Q6 acts as a buffer. The relatively lower impedance of its emitter circuit matches the primary of T3 a little better. Tuned circuits at T3 and T2 select only the 40-meter frequencies for further amplification for our transmit signal. 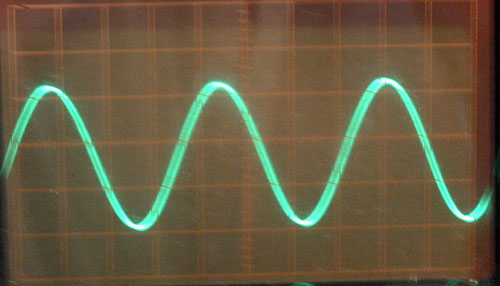 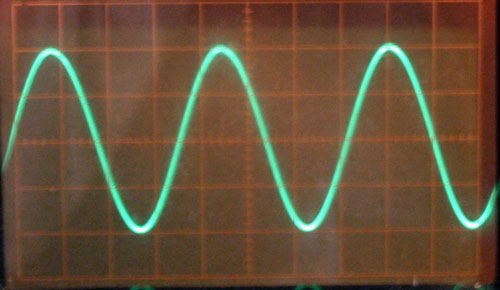 The input Rx signal at pin 1 and the mixer Rx output at pin 4 are at such a low level, that I cannot measure them with my test equipment. 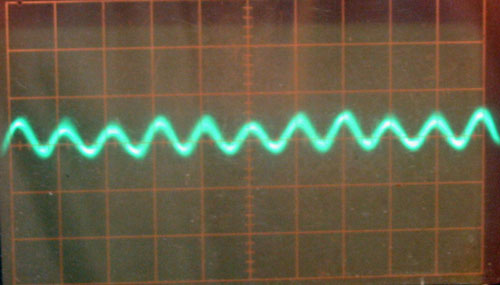 This is a pretty high impedance point. It looks to be at about 100K ohms on the base of Q6. This is based on my ltspice model, which shows about 32 ua of base current at 3.1v. So the scope probe may be loading it down a little.