This project is a crystal controlled oscillator with primary outputs on four amateur bands. The device is useful for checking out newly built receivers at known signal levels. 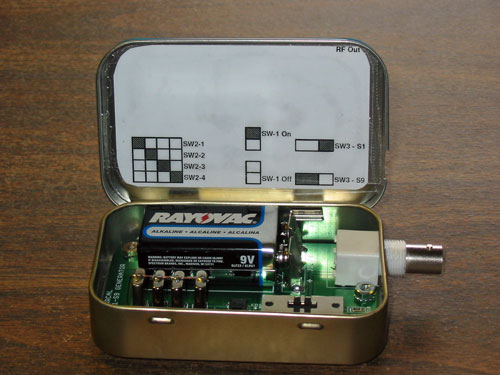 The S9 level outputs a 50 microvolt signal, which most amateur radio receivers are calibrated to display as an S-9 signal level on their S-meters. The S1 level is at 1 microvolt, and is useful for weak signal test and calibration of receivers.
While the oscillator works at the specified levels on the fundamental frequencies, it also outputs usable signals on harmonics of those fundamental frequencies. It has a mixture of surface mount and through hole components.

The project started with placing tiny dabs of flux and solder paste onto the surface mount pads, then placing the components on the pads using the wet toothpick method. 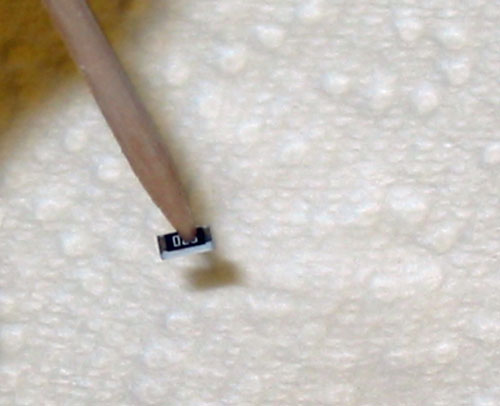 Once the components were in place, the board was placed in an electric skillet at about 225 degrees. This is to pre-heat the board so that it doesn't take as much heat from the embossing gun to melt the solder. It also tends to stabilize the board and components, in that they slowly heat up, rather than making a rapid temperature change. About 30 seconds to a minute does it 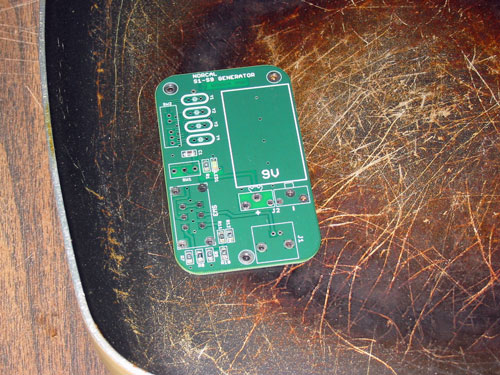 Next, heat is applied with the craft-store embossing gun. It is held about 1 to 2 inches above the components, and slowly moved over all of the component area until the solder paste melts. A few more seconds, and it is ready to cool off. 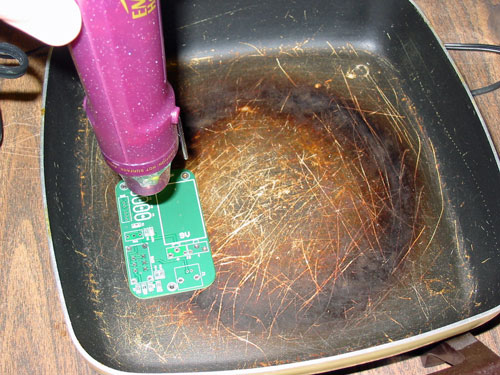 Next, the rest of the components were mounted, starting with the four crystals. The wire going along the top of the crystals is to ground their case, which helps prevent signal leakage that might upset the signal level output. I notice that the ground pads need a little extra heat. This was never a problem when I was using my old 35 watt Weller soldering iron, but with the smaller tip I use on the new solder station, I have to crank the heat up to about 700 degrees F for the ground pads, then back down to about 550 - 600 degrees F for the other pads. It's not bad, because it heats up and cools down pretty quickly, but if I don't do that, the ground pads don't get good solder joints. 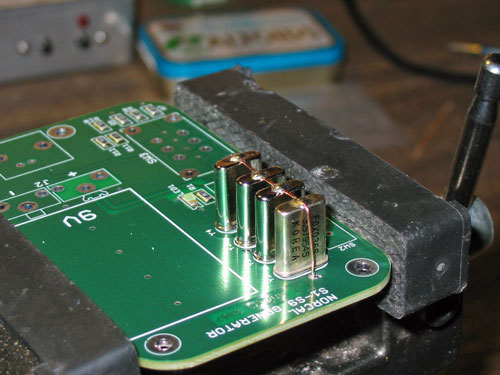 After a quick test, the board was ready to mount into an enclosure. I had read about using Altoids tins for enclosures, so I thought I would try that for this project. I needed an insulator for the bottom side of the board, so I stole another good idea off the Internet somewhere, and used one of the multitude of fake credit cards they send in offers in the mail. It's a pretty thick plastic, and should work well. 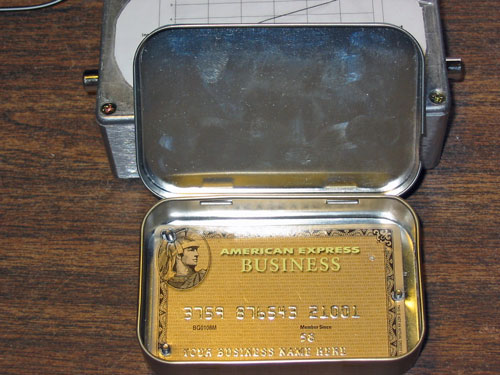 Once the board was mounted in the tin, I ran a series of simple tests by hooking the generator up to my Kenwood TS-480, and taking S-meter readings across all of the fundamental frequencies, as well as many of the harmonic frequencies. I know it's not a real calibration, but for my purposes, it will give me a reference as to how strong of a signal I can expect at a given frequency. I put the data into a spreadsheet, and created two charts to apply to the case of the S9 generator. The top of the case shows the fundamental, 2nd, 3rd, 4th, and 5th harmonic outputs. 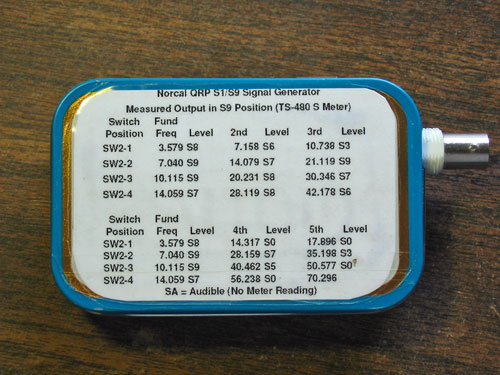 The bottom of the case shows the fundamental and 6th, 7th, 8th and 9th harmonic outputs. 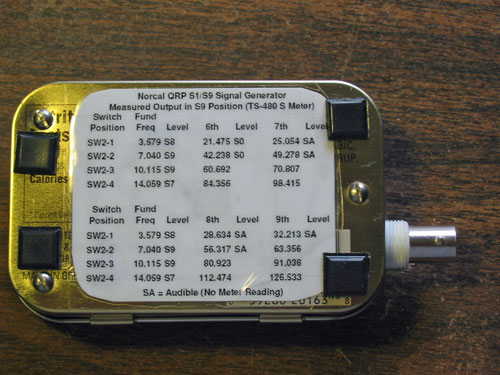 And here is the finished project