I had decided to build this transceiver step by step, rather than just stuffing all of the components on the board, as the instructions stated.
The next step for me was to build the audio circuits, starting with U3: 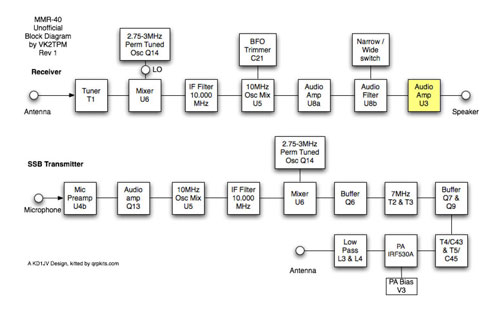 The LM-386 is configured as is typical for these types of rigs. 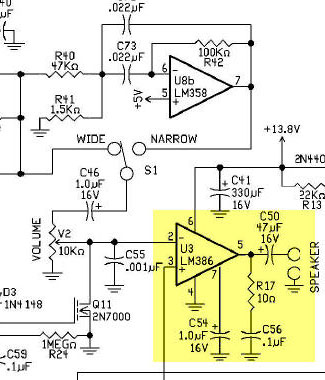 I was able to input an audio signal into the top of the volume control, and check the amplifier operation.
I used a program on my PC to generate a sound file that was then played through my soundcard, using media player. The program is freeware found at heliso.tripod.com. I used a 20 – 3000 hz sweep signal here, but also made a two-tone signal for later testing. The output was read with my audio tracer, which has a level meter. 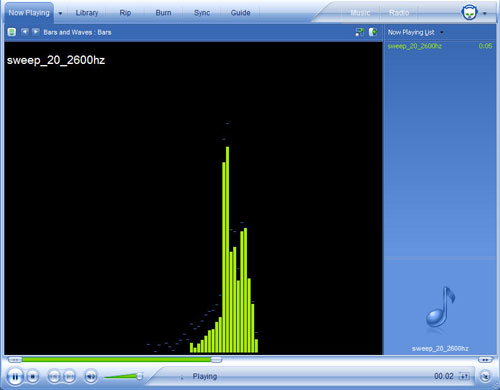 And here is a 700 hz steady tone file generated from the software signal generator.
700hz

If you turn on the Repeat function of your media player (play¦Repeat), these will output repeatedly so you can observe the effects.